Trending Stories from The Marquee
You are at:Home»Album Reviews»Ill-mannered “Illusions of A Sleepless Mind”
By Marquee Magazine on October 1, 2012 Album Reviews, Brian F. Johnson 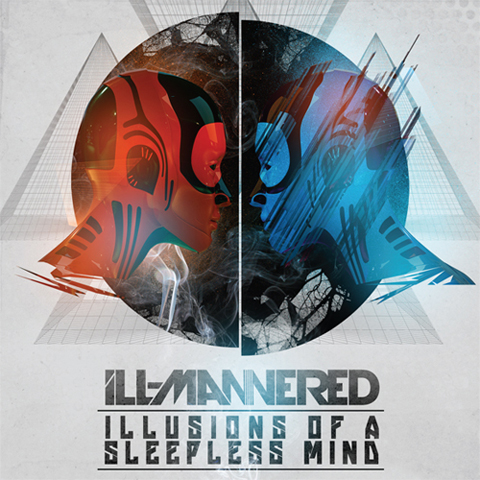 Illusions of A Sleepless Mind

The haters that say all EDM  sounds like robots fucking, as well as the often tossed-off line “producers aren’t musicians,” might have to eat their words upon hearing Ill-Mannered.

The livetronica group is made up of musicians and producers from Philadelphia, New York, Atlanta and Colorado. And as diverse as their geographics are, their musical backgrounds are equally expansive. There’s a Berklee College of Music grad, a former CU student who studied under synthesizer pioneer Bob Moog the year before Moog’s passing, and a crack drummer with 20 years of formal training.

With all of that street cred behind them, the group isn’t reinventing electronica, but what they are doing is bringing formal musical training into the mix, and therein lies the big difference. Illusions Of A Sleepless Mind has the same bleeps, blips, grinds and heavy bass that all EDM has, but it seems as if these guys have almost learned to tell stories with their ones and zeros. This isn’t a bunch of guys fiddling with laptops. There’s a flow and continuity with Ill-Mannered that’s lost in a lot of EDM. Illusions goes beyond being simply a jam by creating a complete soundtrack with all of the drops and beats carefully timed and executed so that even by the eighth track of the EP there’s still the expectation of the unexpected. Illusion Of A Sleepless Mind is a step forward for the genre.                     — BFJ