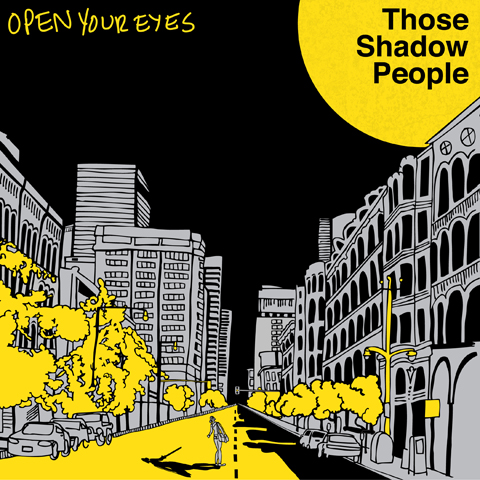 Comic book dorks and music dorks aren’t very different. For many of us, the mission of collecting is as much fun as the issues or albums that we gather. So it’s kind of strange that this hasn’t been done much before, but for the release of Those Shadow People’s newest 7-inch   vinyl b-side Open Your Eyes, the package includes a companion comic book.

The group, a collaborative effort between musicians stretched out around the country, from Denver to Tennessee to California, brings a sound that is at once poppy and dark, kind of like Gotye or Gorillaz, on acid. The comic book, written by Phil Buck and illustrated by Erik Turner, is similarly themed, following a girl whose father — a physicist researching dark matter and energy — goes missing, and ends up questioning the nature of our universe on her quest to find him.

It’s a highly ambitious project for only three songs, but one where every hour of effort spent on it shines through. 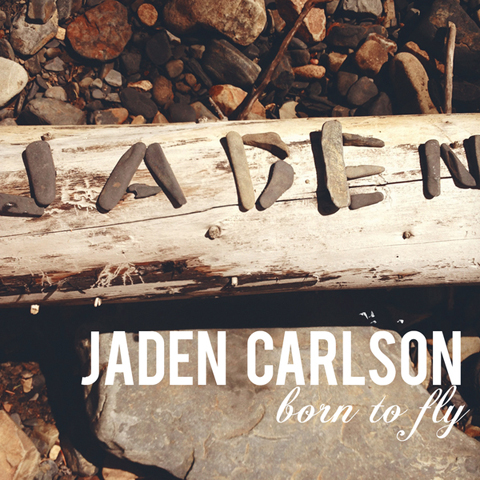 I’m really pleasantly shocked and insanely jealous that Jaden Carlson plays guitar as well as she does at only eleven-and-a-half years old. That guitar work is truly the highlight of her third full-length release Born to Fly. No, that’s not a typo. This is the young player’s third release.

Carlson is joined by Garrett Sayers on bass and Scott Messersmith on drums for Born To Fly, and both of those seasoned Front Range musicians add lots of depth to Carlson’s songs, but the full focus here is on the little spitfire and her ample playing chops.

At nearly 12, Carlson’s voice still needs some maturing, but with solid songwriting already engrained in her, when her voice does catch up with her playing and writing, she’s going to crush even more than she is already doing. With this album and the high profile gigs she’s recently had, including NedFest, Desert Rocks and Telluride Jazz festivals, as well as the multiple dates she will be playing opening for Groundation and Trevor Hall this month, Carlson has more work and professionalism under her belt than many folks who have been full-time musicians for years. Way to go, girl!                                      — BFJ