The Marquee makes no claims about the quality of this show recording, but it is posted to RyanAdamsArchive, which has been a reliable source for shows in the past. Users will need to become a member of the archive to download the show. 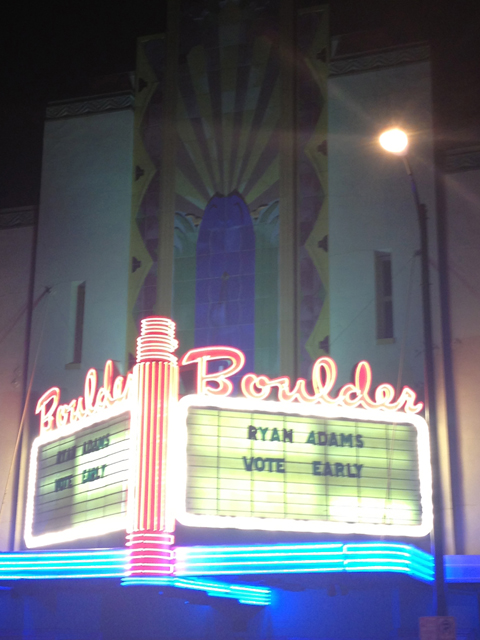 Don’t get all up in my grill about this. I’m not saying it was bad.

It was good. Really good. I’d go see the same show 10 more times, but Monday night’s Boulder Theater performance by Ryan Adams — a special free event hosted by the Obama campaign — wasn’t anything different than the last couple of times he played Colorado.

Again, this is phenomenal material and each show is an incredibly intimate evening with the artist, but once again, I am left wanting to hear a raucous rock and roll sound from Adams, like the ones he used to make with The Cardinals.

I will continue to be first in line to see these acoustic performances, to hang on every note waiting for the slight variations between versions and the differences in Adams banter, but I will leave each show still wanting to hear Adams backed by his former amazing band.

Seeing Adams by himself is sort of like being on the Atkins diet. Adams is the steak and the steak is really friggin tasty, but after a while of eating even the best steak, you need the potatoes to help compliment it, and The Cardinals were the potatoes, and the veggies, and the bread and the wine.

The most shining part of the evening though was that despite it being a political event, it was one of the least pressuring parts of the entire election. Adams really only addressed the basis of the evening once when he said: “There’s those two people that are running for president and only one of them has seen Star Wars — or understood Star Wars.”

If I Am a Stranger

The Rescue Blues (on piano)

Please Do Not Let Me Go

Houses on the Hill 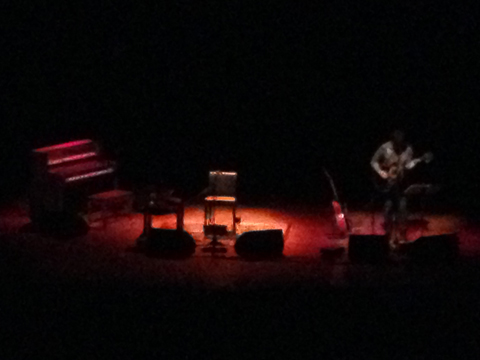