Trending Stories from The Marquee
You are at:Home»Album Reviews»Strange Americans “A Royal Battle”
By Marquee Magazine on October 1, 2012 Album Reviews, Brian F. Johnson 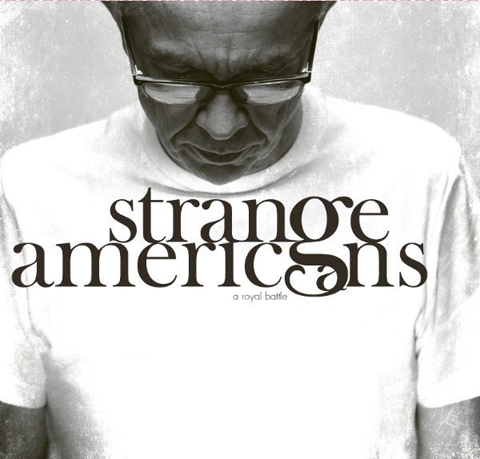 It’s fairly astonishing that A Royal Battle is Strange Americans’ debut album. The disc comes across as an effort by a group that is far beyond their only two years together as a band.

While there is a questionably placed 20 seconds of background noise before drummer Scott Gunshore clicks his sticks and really starts the album, A Royal Battle kicks off with a bang of a barroom rock track, “Roses On Ice.” Lead vocalist Matt Hoffman’s voice sounds like he’s sucked down a couple too many filterless Camels, and a shot or ten of whiskey, which fits perfectly with the slight twang of the melody; and it fits equally as well on the following, somewhat more poppy track, “Cavalier Home.” But when the Denver quintet hit their third song, “Alamosa,” the heavy reverb and fuzzed out guitars couple with the soaring pedal steel sound like a white-hot mix of Drive-By Truckers and Crazy Horse. (That ‘soaring pedal steel’ is the work of Grammy winner and Silo Sound Studios owner John Macy, who recorded, engineered and mixed the album.)