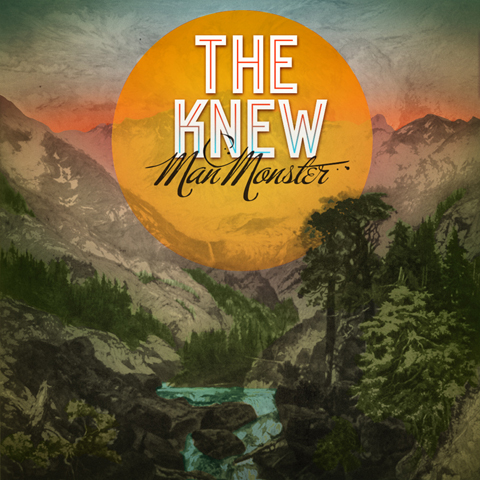 In the midst of wrapping up tour dates with These United States, Denver’s The Knew released their latest effort Man Monster in late August.

This is supposedly the band’s “big sound” album, and while there are many moments where the quartet hits sonic limits, there is still — under the surface — that stripped down, Black Keys-esque rawness and simpleness to their approach.

The song “Surrender,” for example, starts with a fuzzed out guitar and synthesizer battle that eventually gives way to an undeniable White Stripes-ish rhythm and swagger, before trailing off into the fuzz once again. It’s not a simple song. There’s vast complexity to the arrangement, but there’s also this familiar foundation that keeps the track grounded and solid.

“Marianne,” one of the prettier songs on the album, starts with an almost singer/songwriter flavor, but with its chorus punches through to the sky with arena-rock sounds, before dueling guitars with Allman Brothers precision and tone bring the song back around.

There are still big sounds, lots of them, in fact — including a horn section arranged by FaceMan’s David Thomas Bailey, and multiple layers of drums and guitar. But even with all of those bells and whistles, the band’s straight-forward attack still overshadows the sonic complexity of the recording — and that’s a good thing. Add all you want to the group and The Knew will still sound like The Knew.                            — BFJ