Trending Stories from The Marquee
You are at:Home»Album Reviews»Mega Gem “Colors of the West”
By Marquee Magazine on November 1, 2012 Album Reviews, Brian F. Johnson 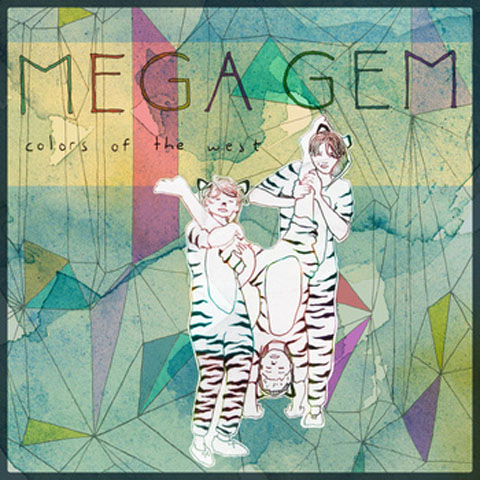 Colors of the West

“Take two listens and call me in the morning.”

Colors of the West is the most intoxicatingly happy album of 2012, so much so that I wonder how long it will take for psychotherapists worldwide to begin prescribing Mega Gem’s album to the depressed masses.

The Denver-based orchestral pop group follows in the footsteps of bands like Arcade Fire and Edward Sharpe and the Magnetic Zeros, both sonically and in size. The group’s core lineup fluctuates between seven and 10 musicians, but some live shows have featured close to two dozen musicians on stage, embracing the band’s philosophy of ‘the more the merrier.’ The album features more than 30 guest appearances, alone!

Colors Of The West is Mega Gem’s first full-length album, and the 12 songs range from elaborate post-rock anthematic sing-alongs — like Sigúr Rös on massive amounts of Prozac — to one song “Mia’s Sing-along” led by the five-year-old Mia.

(NOTE: Mia is now 8 and she just recorded this video with the band)

Mega Gem seems fascinated by happy musical accidents, but the album is far from a highlight reel of mistakes. Instead, it shows the wonderment and beauty of a group of people overflowing with creativity, sharing in a musical experiment, and equally enjoying every step in the process — the quiet poetry as much as the bombastic catharsis.