Trending Stories from The Marquee
You are at:Home»Concert Rundown»New Year’s Eve Shows Span From Jam to Pop to Punk, and a Few in Between
By Marquee Magazine on November 1, 2012 Concert Rundown, Derek Miles, Features 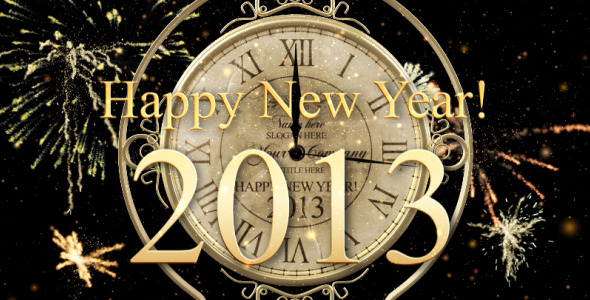 Music fans living along the Front Range don’t need to be told how musically privileged they are. The volume of quality artists (both national and local) that play throughout the region on a yearly basis runs the entire spectrum of styles and genres. And each New Year’s Eve Colorado concert goers get to see the best of the best. Whether it’s a raucous punk rock show to start the year with attitude and energy or an intimate evening of acoustic storytelling to transition humbly to the next 365, Colorado has it all for the upcoming holiday.

Beloved modern folk group Elephant Revival has become a staple of the local music scene in recent years. Their fan base seems to grow consistently every year and is expanding to wider audiences with each tour and festival they play. The acoustic quintet will draw the curtains closed on a busy year with three shows, the last of which will be at the Aggie. 2012 yielded a heavy touring schedule and a new EP, It’s Alive. After four sold-out homecoming shows to end their fall tour, it seems only natural to ring in the new year on home turf.

The past few years have seen this electro-house/dance producer and DJ create quite the name for himself, literally. The artist, formally known as Joey Youngman, was nominated for a Grammy in 2010 for “Best Remixed Recording” and was even ranked numer five in America’s Best DJ Poll (2010). Gartner will be performing as part of the Decadence New Year’s Eve event (from the producers of Global Dance Music Festival), alongside several other popular acts such as Zed’s Dead and Mimosa. The artist has had a productive year, turning out eight singles and a new album. During 2012 he also played a handful of big name festivals and collaborated with none other than Mick Jaggar on a new track titled “Go Home.”

Since Boulder natives Nathaniel Motte and Sean Foreman started the hugely successful electro-pop rock outfit 3OH!3 in 2004, the group’s audience has stretched far beyond the 303 area code, and made these former comedic crunkers MTV superstars. In fact, they have just completed a lengthy European tour and in mid-November released their new single “Youngblood.” The band will finish the year strong with a new album Omens, which will be released December 4.

Jam band heavyweights SCI have been embedded into the culture and live music scene of Colorado for nearly twenty years. With a legion of loyal fans who couldn’t be more thrilled to have the band back home for New Year’s Eve, this will be the first NYE run the band has played since 2006 and the first time since 1996 that SCI has held New Year’s in Colorado.

If the 2000s have taught us anything it’s that marching bands aren’t just for high schools anymore. While many marching bands have sprouted up across the country over the last few years, fans would be hard pressed to find one more genre bending than these guys. While the format for this Denver based band is semi-traditional, the music and instrumentation are anything but. A staggering 32 piece marching band equipped with drums, electronic instruments, and synthesizers may be a puzzling concept to wrap your ears around, yet the band has been lauded for their experimental performances which explore the limits, as well as blur the boundaries, between the entertainer and the entertained.

If there’s one thing that The Motet knows how to do, it’s how to throw one heck of a holiday dance party. Legendary tribute shows to a wealth of classic artists have given The Motet much clout on both the local and national music scene over the years. Billed as “The Beginning of Time Ball,” the band’s New Year’s Eve show will feature choice covers and original material from their forthcoming album.

Local newgrass heroes Yonder Mountain String Band are well seasoned road warriors. They’ve been churning out acoustic mountain music across the country for 14 years. And while the list of tour dates and festivals is seemingly endless each year, the band has done wonders in 2012 to reconnect with their Colorado contingents. This will be the second year in a row that Yonder has played a four night run at the Boulder Theater to celebrate the start of a new year. These last four shows of 2012 will follow on the heels of the band’s appearance at the Strings and Sol music festival in Tulum, Mexico.

As cofounder of The Black Crowes, Chris Robinson coined the phrase “Freak and Roll,” but with his latest project, the Chris Robinson Brotherhood, Robinson is focused way more on the freak side of that equation. He and his band released two albums this year, meant to go together as companion sets, and when played as a collection, the two records add up to a pretty heady “show,” and together form a piece of the New Cosmic California.

Both technically and stylistically, Otis Taylor exists on a different level than most others in his genre. As a singer/songwriter and guitarist, Taylor digs deep to unearth the essence of the blues for a style which he has coined as “trance blues,” which strips down the blues to reveal the subtleties of the music while leaving space for personality and creativity. His songs have been used in various TV shows and films, including the movie Public Enemies (2009). His new album Contraband, was released this year and Taylor also hosted dozens of renowned artists, including George Porter, Jr., at his annual Trance Blues Festival and Workshop in Boulder.

Strange Americans’ 2012 debut album A Royal Battle gracefully straddles a rickety picket fence of 1970s FM rock on one side and outlaw country on the other, teetering back and forth just enough to keep it consistently fresh and interesting. The Marquee named the debut one of the Best Albums of 2012, calling it a “white hot mix of Drive-By Truckers and Crazy Horse.”

Cracker was once at the heart of the changing musical landscape of the country in the early ’90s, at a time when grunge and alternative rock dominated the FM airwaves. After many successful albums and more than a few hits, Cracker remains a relevant band two decades later. While the ’90s may have been the band’s heyday, the group still tours regularly and continues to produce their classic brand of alt-rock with plenty of wit and tongue-in-cheek humor.

“This is the country band that plays the bar at the end of the world,” said Jello Biafra (Dead Kennedys) of Slim Cessna’s Auto Club. Biafra may have put it best for the band that is signed to his record label, Alternative Tentacles. While not strictly a country band, Slim Cessna’s Auto Club certainly captures the Americana tone — while adding a remarkably intriguing gothic twist.

Reno Divorce and Boldtype are both fiercely energized punk rock bands, while Drag the River leans more towards alt-country, or so it seems. Drag has some very pointed punk roots — think Lucero’s style of cow-punk —and the juxtaposition of the three distantly related bands together create a sense of organized chaos. Harmonious dissonance, if you will. The differences seem vast yet strangely complementary — sort of like New Year’s Day brunch mimosas.