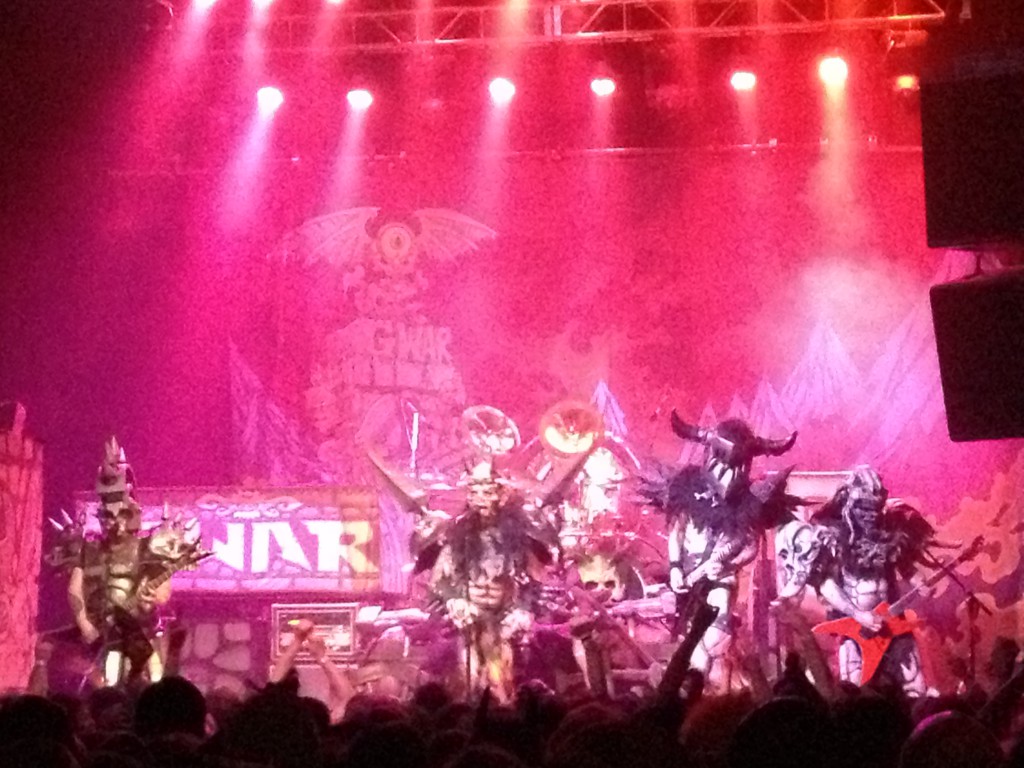 Denverites take Halloween pretty seriously. Whether or not it falls on a weekday or weekend night, the bars and venues are packed with bloodied zombies, Gumby, Waldo and almost any costume you can imagine. Wednesday night was no exception, and the Summit Music Hall would be the epicenter for Halloween night with Gwar headlining the stage.

Anytime you see Gwar all hell may break loose. They are a band that has survived a quarter century by blasting heavy metal while maintaining a persona of evil aliens from a distant galaxy who have been banished to Earth for their heinous cosmic crimes. Known for their elaborate stage show and science fiction/ horror inspired costumes, Gwar is truly an original and have been keeping it that way for years.

Starting a little after 10:30, the sold-out crowd was thoroughly drunk and pumped up for a night of brutal metal. Being my first Gwar show, I was half expecting mayhem to take over; beer plus metal plus Halloween can equal chaos. But the crowd handled themselves with true metal etiquette. As the band took the stage, they wasted no time, diving right into “Horror of Yig” with their slaves in chains, decapitated and spewing blood all over the crowd. Yes I said decapitated. It was the beginning of their uniquely terrifying stage show that isn’t suitable for all ages. But those that know Gwar understand their shtick. It’s satirical, and pokes fun at the absurdities of society  all while in the guise of head banging metal.

The real theatrics came in the middle of the show. With Oderus Urungus (Dave Brockie, lead singer) brandishing a huge Celtic sword that spilled blood from its hilt, as a figure dressed as Hitler walked on stage with a large swastika in hand. The Hitler didn’t last long, as Oderus Urungus proceeded to cut Hitler’s face off and ripping his skin down the front of his body exposing his innards to the crowd’s delight. And yes with blood spewing everywhere. A few songs later, the same would happen to  a figure dressed as Jesus carrying a cross who would be crucified on stage with enough fake blood sprayed off the stage to soak the entire crowd.

There’s probably a good amount of people who would think Gwar to obscene to ever see them live. While that may be true, it’s a show that is unlike any other. They are the masters of shock metal and their live show is one that should be on every metalhead’s bucket-list. It’s fast-paced metal that sounds old school but still rivals anything modern metal bands release today. Gwar may just be the undisputed kings of metal.