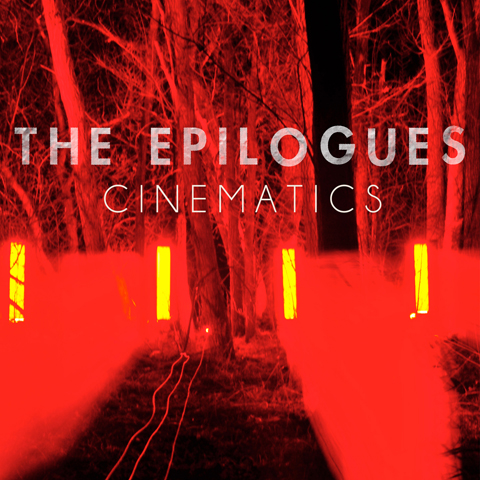 Idle time is only a waste if nothing comes of it in the end, and for Denver’s The Epilogues, months of waiting around for major label dinkuses to decide what they were going to do, was probably painful as hell. But ultimately, the stuttering and stammering of corporate executives led to the group shedding the bigger offer and teaming up with Denver’s new Greater Than Collective, the label started by Illegal Pete’s Pete Turner and Suburban Home Record’s Virgil Dickerson.

Frontman Chris Heckman wrote many of the songs on a variety of synthesizers and in a press release accompanying the album, he explained how that approach lead to songs that sound like something from a film score, which ultimately resulted in the album’s title.

Heckman is right that the poppy, MTV-style rock has elements of music soundtrackery — most notably on the movie influenced “My Misinformed John Hughes Teenage Youth.” Listening to the triumphant songs on Cinematics almost feels like watching a series of inspirational movie trailers, and after each one thinking, “Yeah, I’ll check that out.”                                  — BFJ