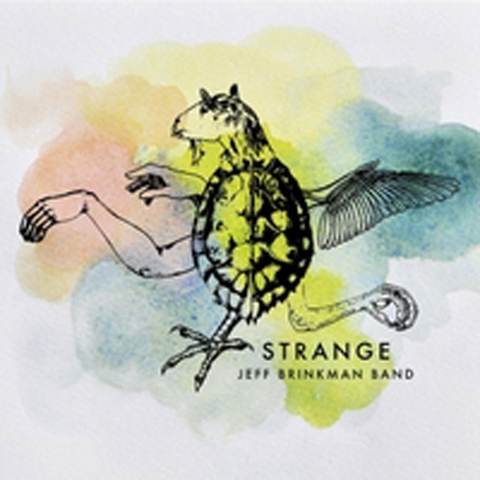 Jeff Brinkman’s 2010 debut To The Bones was like an introvert’s reluctant arrival at a party. But with his sophomore follow-up Strange, Brinkman is now squarely situated as the life of that party.

His sound hasn’t transformed significantly since 2010, but the confidence in his delivery has and the singer/songwriter is obviously more at ease bringing his highly personal and autobiographical songs to life.

Since he started recording, Brinkman’s voice has drawn comparisons to Dave Matthews and the Counting Crow’s Adam Duritz, and that continues here, particularly with “Face,” which takes on a very Dave Matthews Band jam style. But tracks like “Halo” and “Strange” show that Brinkman has his own distinct, rootsy flow as well. Strange is a solid effort that shows growth and progress for this very capable artist.                                        — BFJ