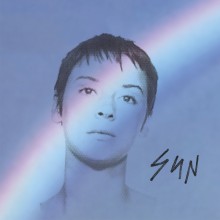 The controversial Cat Power (aka Chan Marshall) brought her indie/folk/blues/rock act to the Ogden Theatre on Thursday night and delivered a tight and precise performance. The rap on Marshall’s personal and professional life has been inconsistency; dogged by substance abuse and mental health issues as well as a crippling stage fright, which obviously contributed to her once erratic live shows. Her very public vulnerabilities have proved to be her strongest asset in building an admiring fan base in search of an honest performer. Thursday night’s performance showed a fascinated crowd the beauty of struggle and the ability to rise each time we fall.

Following a largely forgetful opening set by Americana rock band Howling Hex, Marshall held the crowd in her hands as soon as she shuffled onstage. Like being on a roller coaster as it clicks itself upward and the anticipation of the wild ride to ensue, Marshall opened with the dreamy “The Greatest,” and then sent the audience into a buzzed frenzy with “Cherokee,” proving she is a unique artist that you can’t quite take your eyes off of.

With a tight backing band providing sturdy bass lines and crushing drum crescendos reminiscent of one-time collaborators Dirty Three, Marshall prowled the stage, purred her slow jams and howled deeper cuts for her most loyal listeners. Moving quickly from one song to the next with little chatter, Marshall built a deep connection with her adoring audience. At the end of a long set she said quietly, “thanks for coming.”

Thanks for having us, the pleasure was all ours.