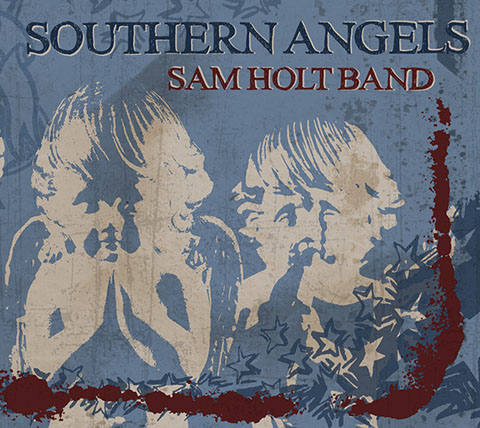 While Southern Angels is a debut for the Sam Holt Band, Sam Holt is no newcomer to the scene. The guitar tech for the late Mikey Houser of Widespread Panic — who sat in several times with Panic after Houser’s passing — has created a new group following the 2010 parting of ways of his group Outformation. This group, it seems, is collaborative beyond belief and not afraid of highlighting and staying true to Holt’s Panic family roots. The album features appearances by John Bell of Panic, as well as Danny Hutchens of Bloodkin, with whom Holt shares writing credits on “Fix It Up Man.” The track “”Down in Flames” was written by Stoney LaRue and Brandon Jenkins, and “Cattle Drive” is a Toy Caldwell song that appeared on the Marshall Tucker Band album Tenth.

All of the other arrangements are Holt originals and they work to take a solid step forward in Southern rock, where Outformation left off.   — BFJ