Trending Stories from The Marquee
You are at:Home»Album Reviews»Fierce Bad Rabbit ‘The Maestro and the Elephant’
By Marquee Magazine on March 1, 2013 Album Reviews, Brian F. Johnson 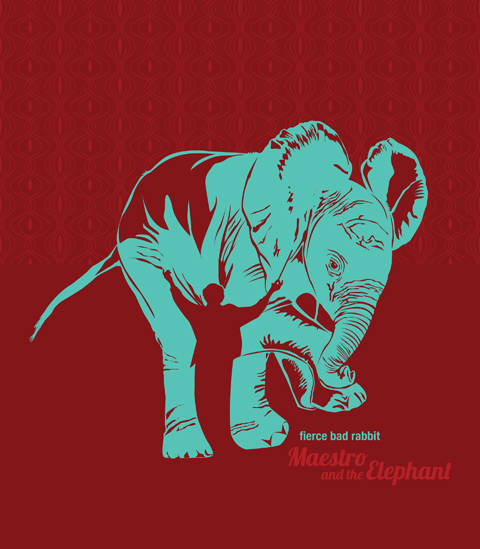 The Maestro and the Elephant

Fierce Bad Rabbit has had some fiercely bad luck of late. Earlier this year, just before they were set to play a series of CD release parties for their newest effort, The Maestro and the Elephant, all of the band’s gear was stolen. All of it. And in mid-February their van was vandalized (but since nothing was in the van, they only lost out on a window). But Fierce Bad Rabbit is ready to put those bumps in the road behind them and focus on the positive, including The Maestro and the Elephant, which they finished recording in late 2012 and technically held a CD release for on New Year’s Eve.

The band has racked up tons of awards in recent years and is often likened to a conglomeration of Modest Mouse and Arcade Fire. They continue here with a peppy, poppy, Triple A Radio-ready release with The Maestro, but the group also goes beyond that comparison on this effort. Obviously, the band’s hook is the stellar viola work by Alana Rolfe, which give the tunes a refined, sort of pinkies-up on the wine glass feel. But lead guitarist, vocalist and pianist Chris Anderson utilizes Rolfe’s work as a jumping off point for songs that come across as more insightful and classy than your standard pop fare. Just because it’s poppy doesn’t mean it’s formulaic, at least not here.                               — BFJ