Trending Stories from The Marquee
You are at:Home»Album Reviews»Rowboat ‘Of Disappearing’
By Marquee Magazine on March 1, 2013 Album Reviews, Brian F. Johnson 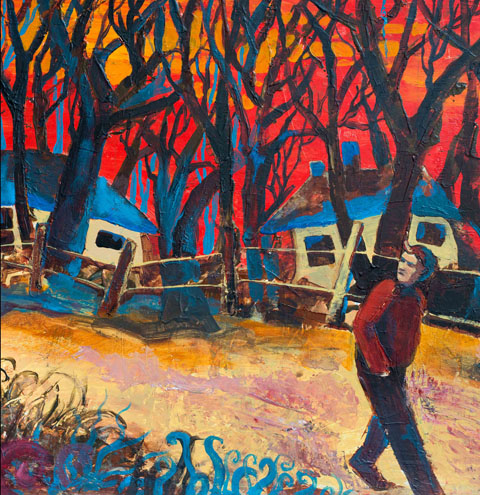 Townes Van Zandt is arguably one of America’s greatest songwriters. But for all his poetry, Van Zandt rarely, if ever, played songs that could be deemed as “soaring.” But Denver singer/songwriter Sam McNitt, who used to front Blue Million Miles — and claims Van Zandt as one of his strongest songwriting influences — has created with his new outfit, Rowboat, a disc that at times shares the poetry of Van Zandt as well as the climactic crescendos of post rock groups like Explosions in the Sky. The result is uplifting depression music — Prozac rock, if you will. And it feels damn good!

Even the heaviest songs on the disc have epic pinnacles that almost signify a breaking-through, or breaking-away in musical terms. McNitt — whose bandmates include guitarist Danny White, drummer Johnny Lundock and bassist Matthew Til — told Westword that the album is a coming of age documentary of sorts, that tackles getting older and being a different person and finding he and his friends having a different life than they did just a few years ago. It’s a great album. Townes would be proud.        — BFJ