Trending Stories from The Marquee
You are at:Home»Album Reviews»Ben Hanna ‘We Were All Like Whatever’
By Marquee Magazine on April 1, 2013 Album Reviews, Brian F. Johnson 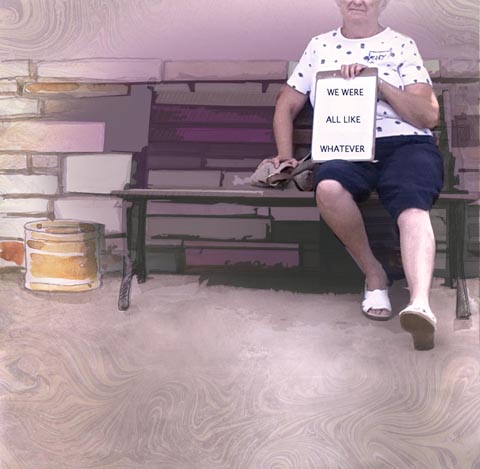 With a sort of gravely, half-speaking, half-singing vocal style, Ben Hanna has easily drawn comparisons to Lou Reed. But the fact of the matter is that the Boulder singer/songwriter’s voice is strikingly similar to country-twinged singer/songwriter James McMurtry, and while McMurtry’s material is politically charged, Hanna is topically suburban.

The title track “We Were All Like Whatever” tells the tale of freshmen at Western, getting busted by “real cops,” and the apathy of underclassmen. The opening track, “Every Time That You’re Near Me,” starts with a spoken narrative, before charging into a piano-led chorus with soaring sing-alongs about the different personas that we all reveal to different people. “I’ll Be Home For Christmas” is the epitome of a joyously melancholy return home for the holidays and plans to get drunk with friends and reminisce about old times.

Throughout the album the music is simple — sometimes, just a picked guitar — which allows the tale-telling lyrics to sit front and center, and gives the stories that the songs are about room to breathe. But Hanna is also joined by a great group of local players on many songs that add depth and extra glasses in the air for the sing-alongs.                                         — BFJ