Trending Stories from The Marquee
You are at:Home»Album Reviews»Jeff Finlin ‘Golden Some Day’
By Marquee Magazine on April 1, 2013 Album Reviews, Brian F. Johnson 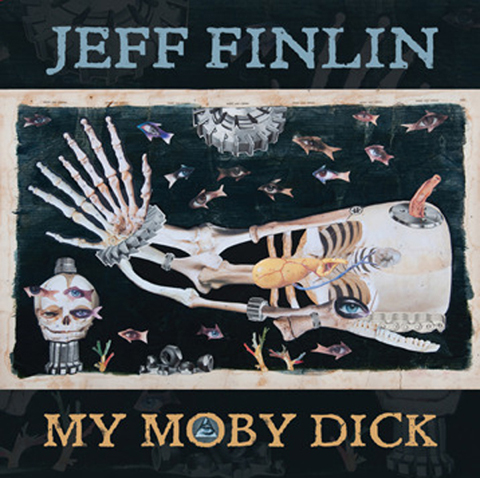 Until just a few weeks ago, Jeff Finlin was based in Fort Collins. The traveling troubador, who this time moved back to Nashville, just released his tenth album My Moby Dick.

The record, a singer/songwriter work of Americana, is being packaged with Finlin’s first book of prose, the fully illustrated Time (Less) Travel.

It’s a solid release that runs the course of an American folk album with grace, while Finlin’s raspy baritone weaves stories in and out of simple chord progressions.

Finlin’s sing/speak vocals draw comparisons to the great Leonard Cohen, but more often that folky-rock voice, comes off like a slightly higher-pitched version of Brad Roberts — the bass crooner of the nineties staple Crash Test Dummies.

My only gripe with the whole piece lies in the track “It Didn’t Rain That Year.” Finlin sings the line, “We drove like hell/it was all we knew/dreams came and went/barefoot servants too.” Barefoot servants too? Like the ones from “All Along the Watchtower?” Quoting, or even paraphrasing Dylan is ballsy territory, and listening to the rest of the album proves Finlin is capable of doing better than that. I would have rather heard more original lines from Finlin like “Tired of trying to find my footprints in the rain.”                         — BFJ