Trending Stories from The Marquee
You are at:Home»Joe Kovack»Review: How to Destroy Angels at Paramount Theatre 4/21/13
By Marquee Magazine on April 22, 2013 Joe Kovack, Live, Live Reviews, Reviews 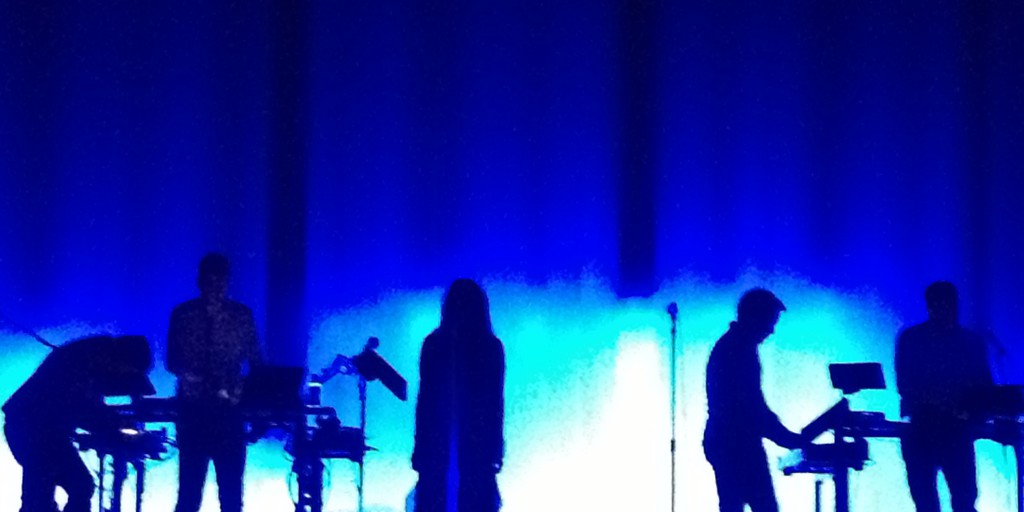 With some bands, the venue you play in is as important as the music you play – at least from a fan’s perspective. The Paramount Theatre in Downtown Denver housed How To Destroy Angels Sunday night better than any other venue could. Its style and layout added an ambiance to the evening that would be hard to match elsewhere. Anyone who has been to the Paramount knows the special energy the old theatre exudes; an elegance with ushers and assigned seating, along with the power to bring sound to life through well placed speakers that distribute the music to envelope everyone in the theatre. It was a sophisticated venue for an ominously melodic band.

The show began in darkness. As the curtains withdrew, the stage revealed three rotating screens; creating a facade between the audience and the band. Upon closer examination, the screens were an intricate set of layered strings hanging from the top of the stage to the floor. With well placed lights on top and behind the walls of strings and a digital display in the background, an illusion of 3D effects and lighting was created, adding a surreal element to the hypnotic, post-industrial sound that is How to Destroy Angels. Beginning with “The Wake-Up,” the band eased into “Keep it Together,” the first two songs off their first full-length release from this year Welcome Oblivion. 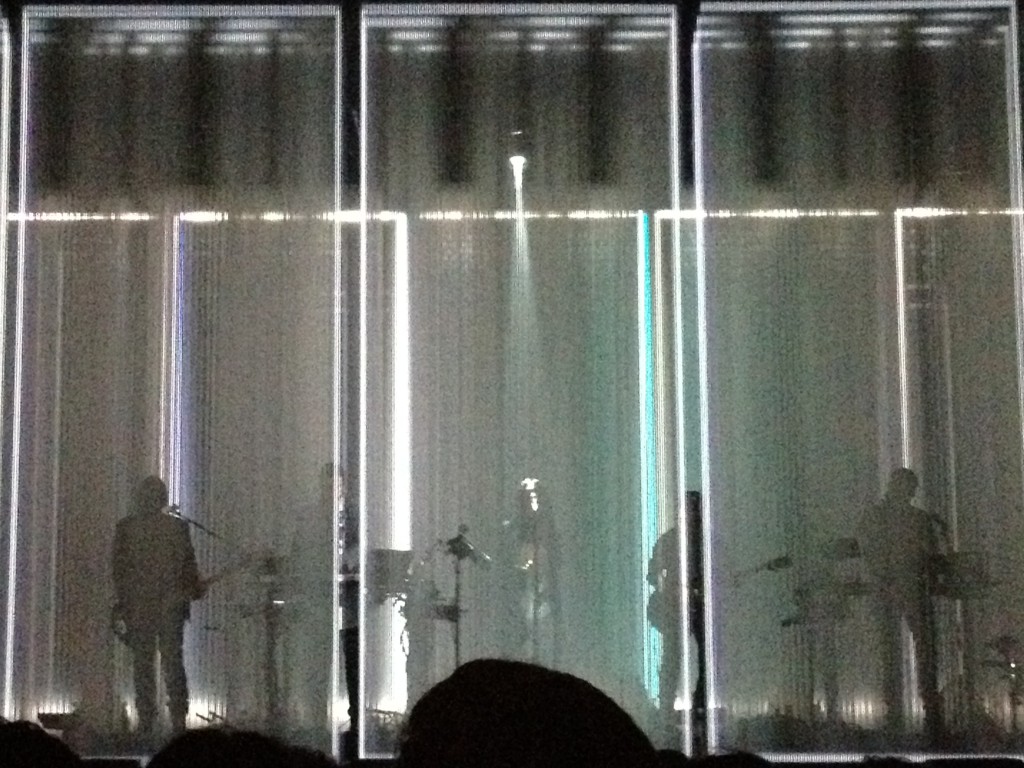 The lights from the background created a silhouette of the band for most of the evening. Reznor began on guitar and keys and would switch between the two all night, while lending supporting vocals when necessary. Ross and Sheridan each manned their own electronic station on each side of the stage as Mariqueen sang next to her husband and Cortini played bass and some keys. As they progressed through the set list- which included mostly tracks off of Welcome Oblivion but also a choice few from their first self-titled EP- the sets of strings began to rotate and expose the band to the audience. Reznor fans cheered as they glimpsed him without obstruction. But the view was short-lived as the screens of strings turned back to front center; leaving only silhouettes once again. 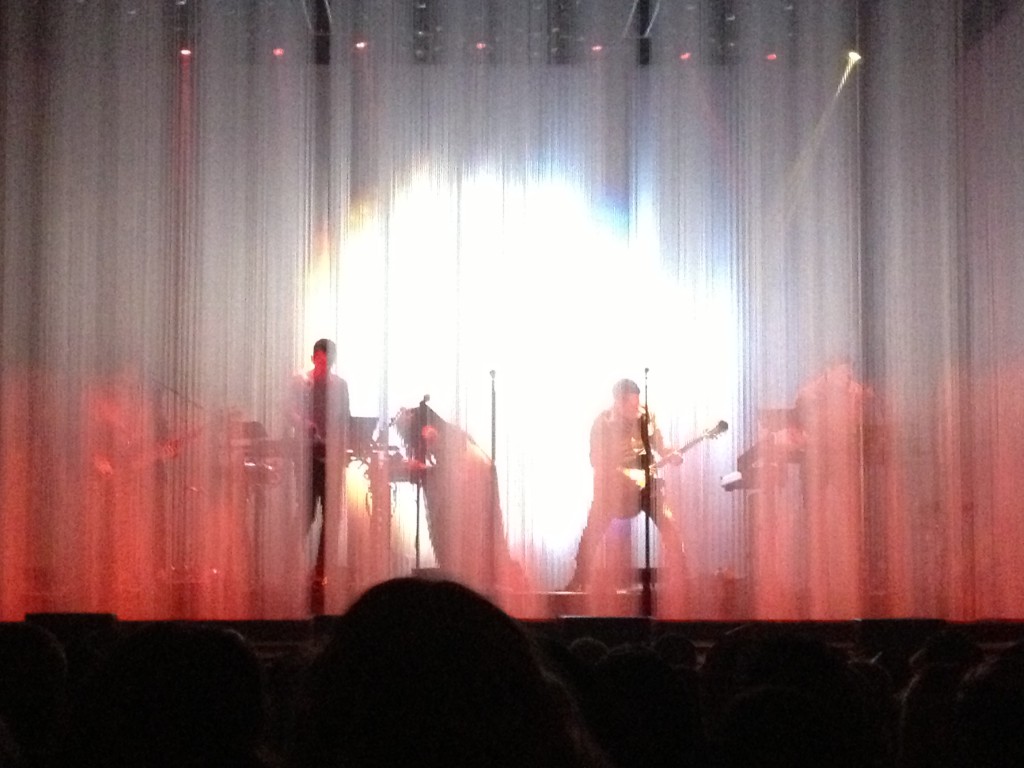 HTDA is a perfect representation of the progression of Reznor’s genius. The days of anger-infused, hard-hitting industrial rock that is Nine Inch Nails almost seems like a thing of the past. As Reznor ages, so does his ability to continue to create his own brand of music. Fans know this, as the last few NIN albums have decreased in heaviness, but not in quality. Reznor and Ross’ soundtracks for “The Social Network” and “The Girl with the Dragon Tattoo” produced a new type of dark, symphonic electronic music that haunts and excites at the same time. HTDA does this along with the vocals of Reznor’s wife Mariqueen. On record her presence is subtle, adding a soft angelic voice to the music. But on stage her voice came to life and sounded more confident than on record. It was nice to see Reznor be able to step back and let his wife take center stage as he played guitar and keyboard. And even better when he would sing some parts, as well as occasionally harmonize with his wife, which was showcased in the song “How Long?”

While HTDA may just be a temporary outfit and the days of NIN are numbered, Reznor shows no signs of slowing his musical composition. His evolution continues to grow in ways that befit his unique musical genius. Whether or not HTDA will continue on, it was an honor to see Reznor, Ross, Cortini and Sheridan on stage at once. 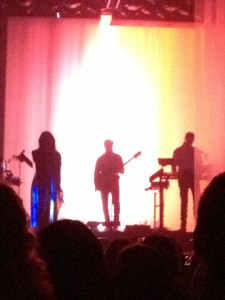