Trending Stories from The Marquee
You are at:Home»Album Reviews»The Congress ‘The Loft Tapes’
By Marquee Magazine on April 1, 2013 Album Reviews, Brian F. Johnson 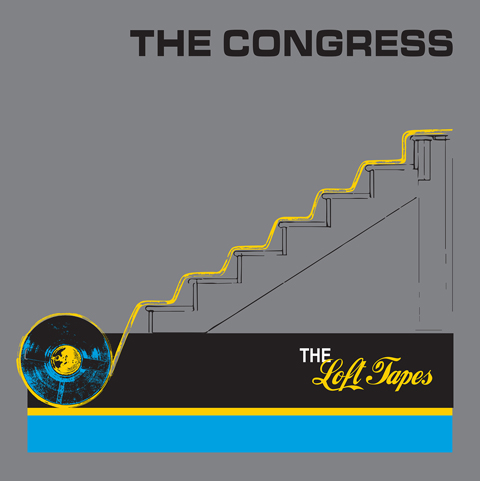 Holy shit! Wait, maybe I shouldn’t say that. This EP was, afterfall, recorded in a temple. But damn if Denver rockers The Congress didn’t nail this seven-song release that covers classic soul tunes.

Recorded and mixed on an eight-channel, reel-to-reel tape machine in the Masonic Temple in Berthoud, Colo., the disc is a tribute to a wide swath of artists who’ve inspired and shaped The Congress’s sound.

Starting out with a downright moving remake of the Carole King/James Taylor song “You’ve Got a Friend,” the band puts a dirty, gritty feel behind the classic track. Congress guitarist Scott Lane was in charge of recording, and the vintage gear mixed with the environs give the tracks a vinyl-ready feel from the get-go (and the digital release will also be available on vinyl). From “People Get Ready” to “Killing Me Softly” to a syrupy-sweet version of “Que Será,” the power trio nails the covers while showing their ample prowess and diversity as musicians. Vocalist Jonathan Meadows shines throughout, pulling off some monstrous singing all over the release. Other highlights are Van Morrison’s “Into the Mystic” and the holy grail of soul tunes, Marvin Gaye’s “What’s Going On.” Well done, gentlemen!                       — BFJ