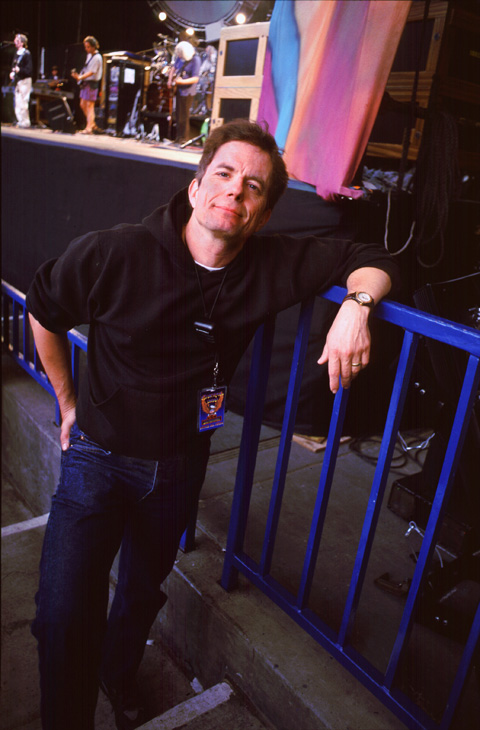 Dennis McNally had one of the world’s greatest jobs. He was the fly on the wall of one of the most interesting and enduring organizations in modern American history — the Grateful Dead. And despite the fact that McNally drew back the curtain of the great and powerful Oz during his two decade tenure with the Dead family, his love for his subject of study has survived long after the band played their final notes.

In 1980, not long after McNally published his biography of Jack Kerouac, the PhD of American History was casually offered the opportunity to write the biography of the Grateful Dead by Jerry Garcia, himself. Soon thereafter, he also became the legendary band’s publicist. In 2002, he published his comprehensive history of the band A Long Strange Trip/The Inside History of the Grateful Dead, which went on to become a New York Times bestseller.

Since the closure of Grateful Dead Productions, McNally has continued his publicity work for a number of hand-selected and mostly Dead affiliated artists, one of which is Little Feat. In 2012 he became the personal manager of Little Feat’s pianist Bill Payne. A photographer and poet as well as songwriter and performer, Payne, with McNally’s assistance, put together a solo show called “Tracing Footsteps,” which shares all of his creative outlets in an intimate arrangement that is far more than a simple concert. He even finishes each show with a Q and A.

While putting the show together, Payne invited McNally — who has often hosted college lectures and can talk about the Dead like few people can — to join him on the road, and to open each show by telling his own tales of life with the Grateful Dead.

“I blame Bill for this,” said McNally in a recent interview with The Marquee. “Bill had never done any solo stuff and as we talked about this I was the sounding board until he gradually worked out in his head that he wanted to do this type of show. As we got closer he said, ‘I want you to open the show.’”

McNally went on to explain that his contribution to the show comes mostly from what he called “the default setting for musicians.” “As rock and rollers will — for anyone who hasn’t had the pleasure of spending months on the road with a band — when musicians get together, it’s my experience that as much as they might talk about music, they end up telling stories about the experience of touring. Crazy incidents. Venues where the behavior is odd. Sometimes fans or hotels. It’s war stories. It’s a default setting amongst musicians. I’m not a musician but I’ve got some road stories and so, of course Bill and I ended up swaping them and that’s where this whole idea came from,” McNally said.

McNally is so skilled in his war story telling of the Grateful Dead that he has different categories for his tales. Some are reserved for close friends, some are told to press and others were parts of his book, but for these shows, he said he will let the crowd in quite a bit by telling them some stories that he’s never told before, adding “Garcia is often the punchline.”

McNally explained. “Garcia has the tendency to pop up, for sure. But not just for me. If you did some sort of analysis of all of the band members interviews over the last 17 years I suspect you’d find that they tell more stories about Jerry than any other band member. And there’s a reason for that. Garcia had a genuinely charismatic and larger than life persona and personality. But they’re all funny, and they all tell great stories. There’s a lot of humor in the Grateful Dead,” he said.

He went on to tell a story about a funny interaction that Garcia and Weir had one night in their curtained-off side stage space during drums which resulted in Garcia screaming “Arrr” like a pirate, while the drummers were “wigging out and making sounds.” “That’s what it boiled down to for me with the Grateful Dead,” said McNally, “strange sounds and a lot of laughs.”