Trending Stories from The Marquee
You are at:Home»Album Reviews»Mile Markers ‘For The Madness’
By Marquee Magazine on June 1, 2013 Album Reviews, Brian F. Johnson 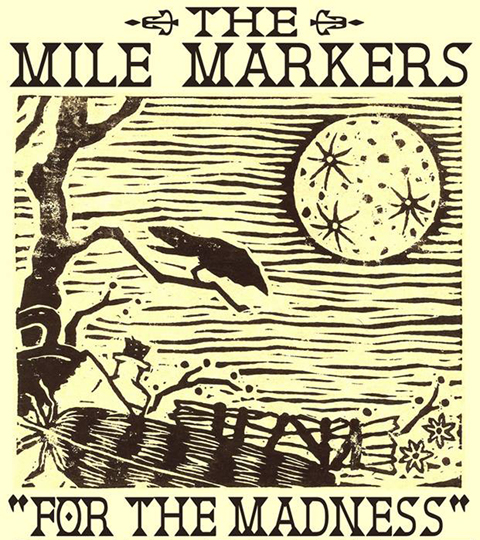 The other 10 songs on the disc almost don’t even matter. They’re all strong, but they serve simply as pretty, delicate wrapping paper around the real prize, the hauntingly gorgeous track “Old Tin Box.”

Like a long-lost companion song to Alison Kraus’ “Down To The River To Pray” but with the addition of fiddles, “Old Tin Box” is more time machine than it is song, transporting listeners right to the heart of an early 1900s hot and humid Southern summer scene. It’s worth the disc, right there.

The harmonies of Julie Stratton and Bevin Foley resonate like a pre-war Gibson all over For The Madness and on “Old Tin Box” they are at their best.

The album is the sophomore effort for the group. It was recorded in late 2012 at Evergroove Studio with Greg Schochet as producer. Mixing was handled by Aaron Youngberg of Swingfinger Studios in Laporte, Colo., and the album was mastered by Grammy award winner David Glasser of Airshow Mastering. It’s all splendidly done, but never over-done.