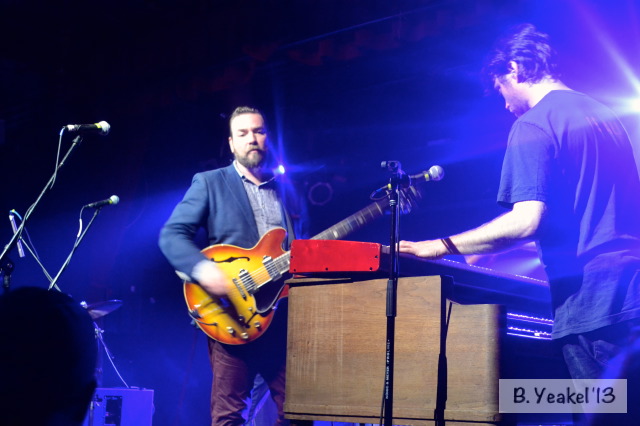 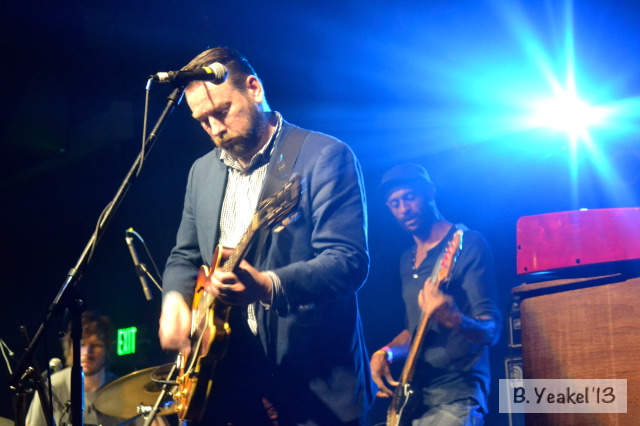 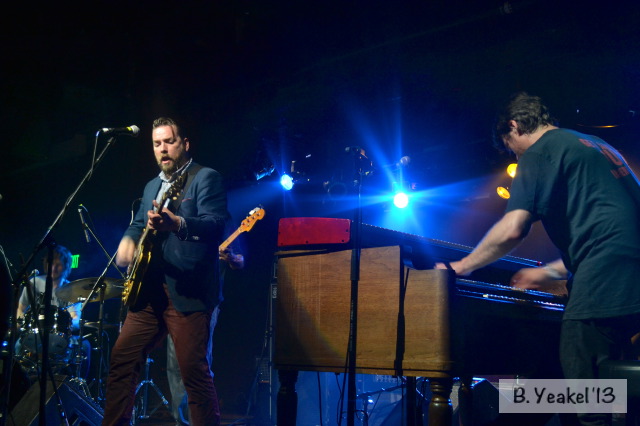 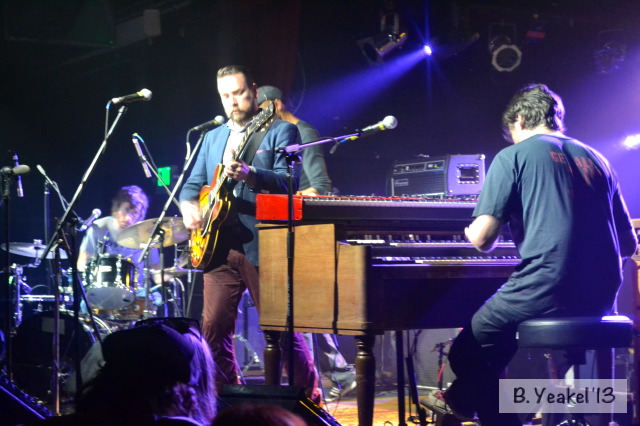 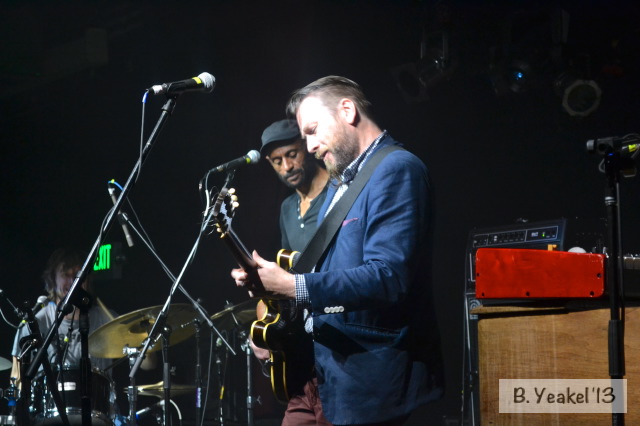 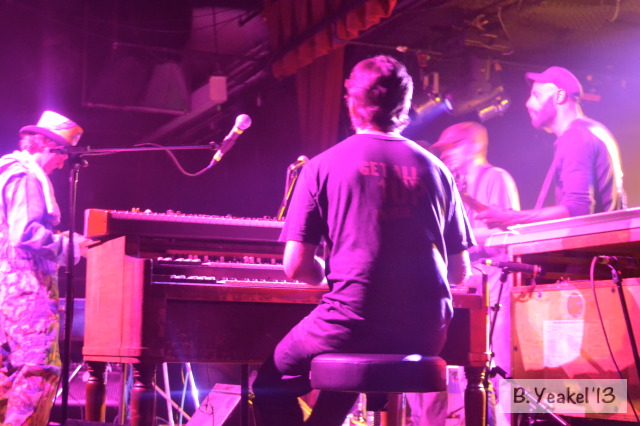 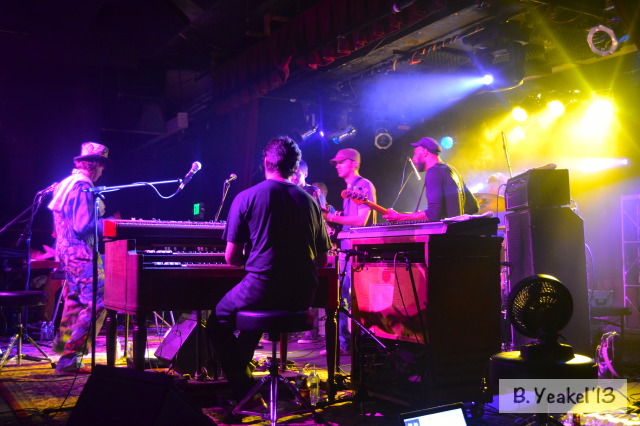 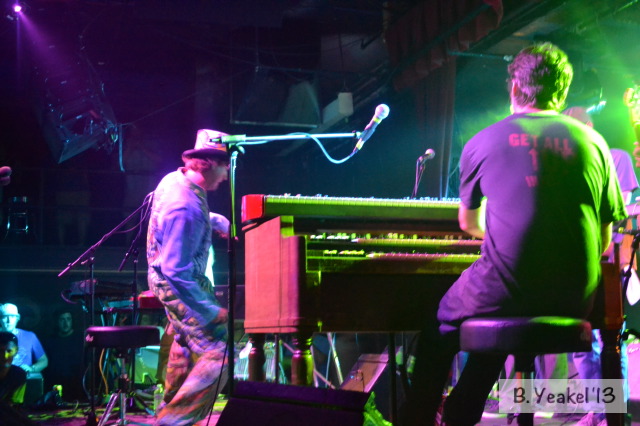 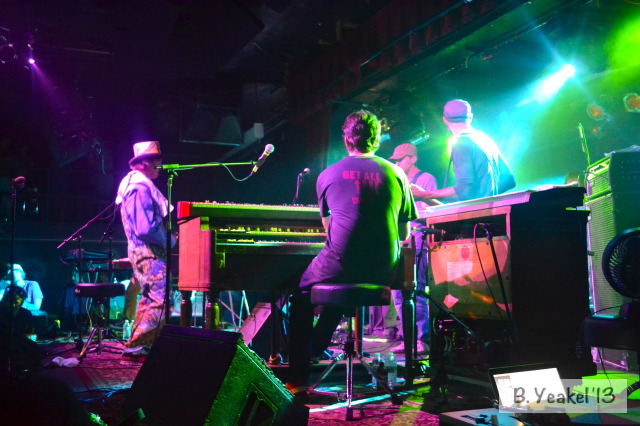 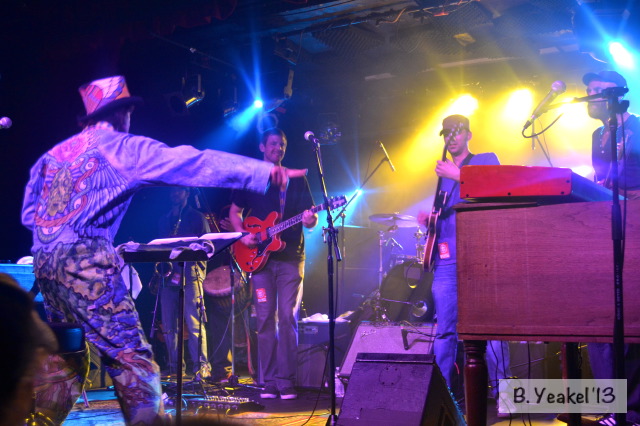 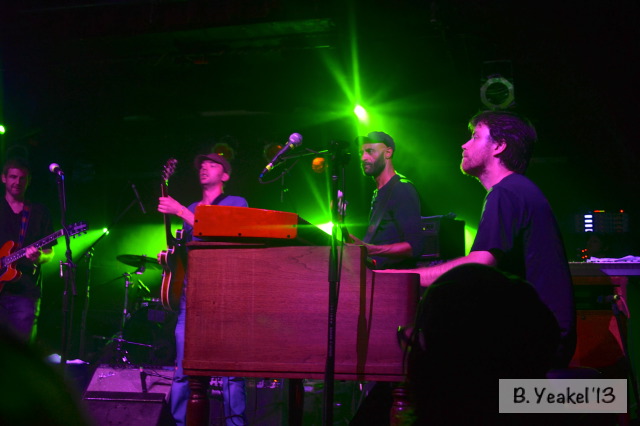 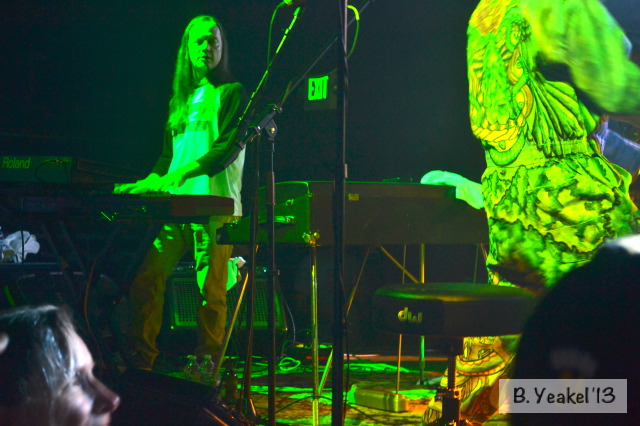 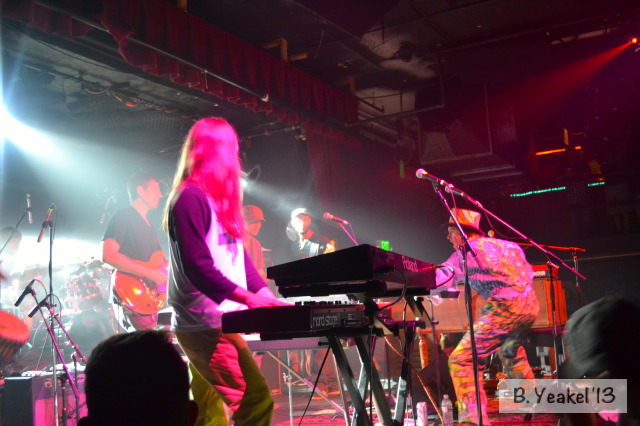 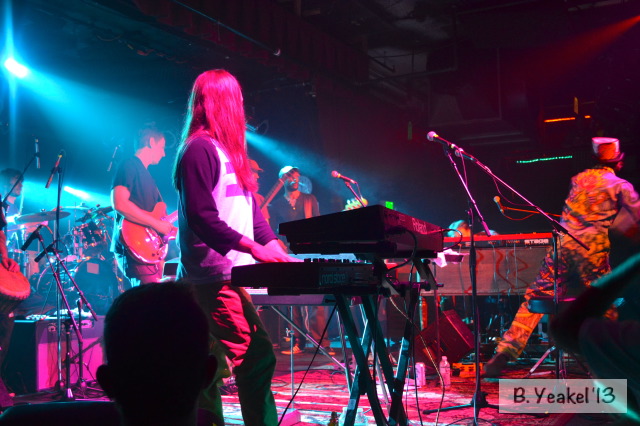 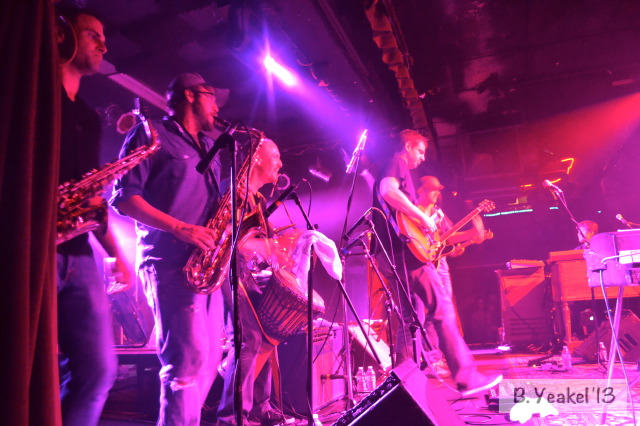 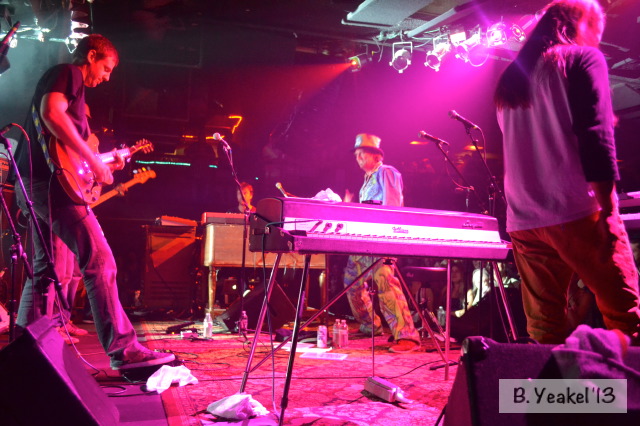 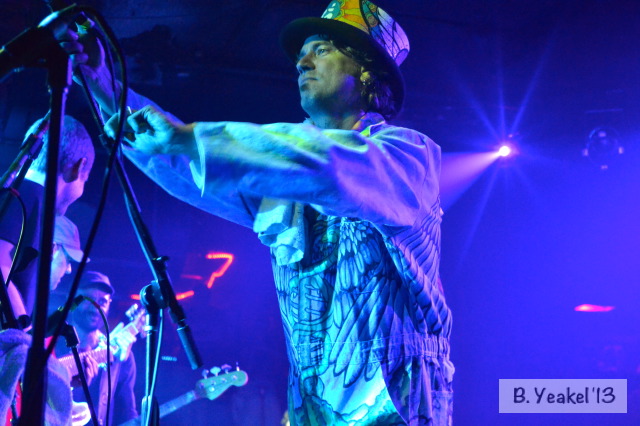 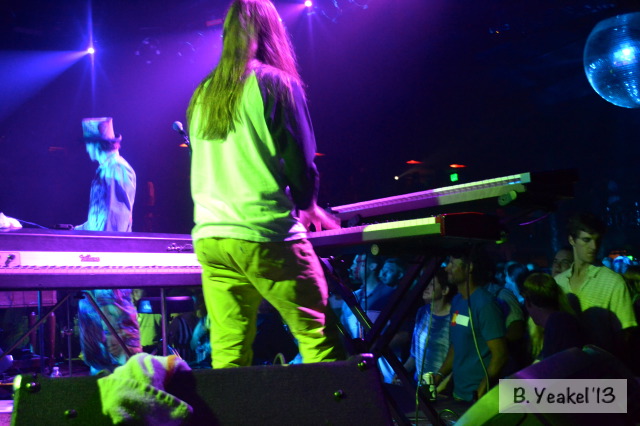 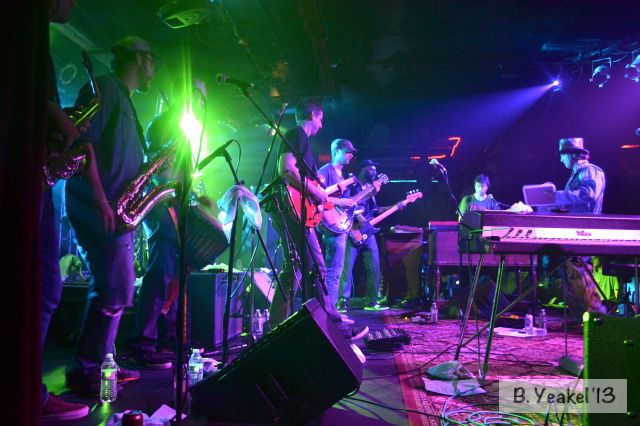 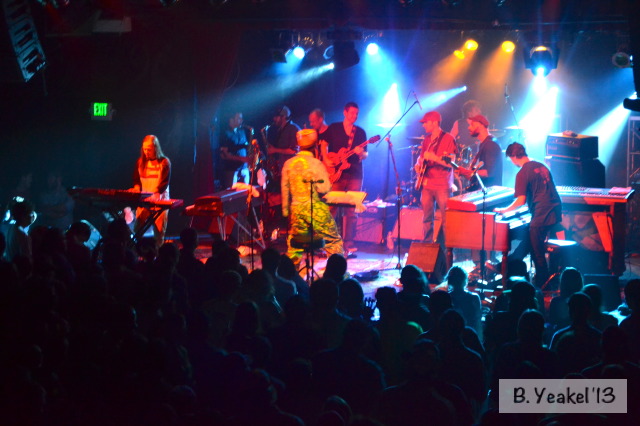 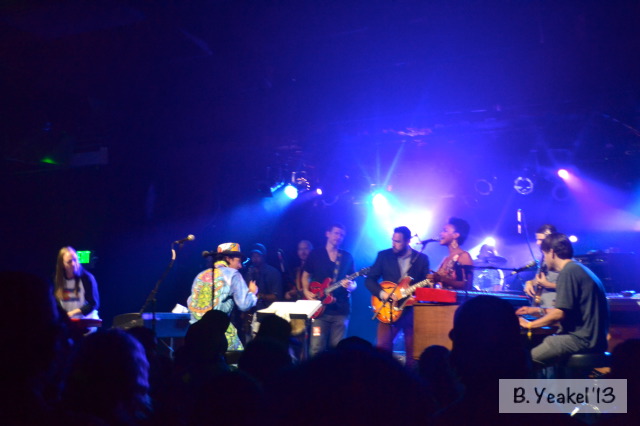 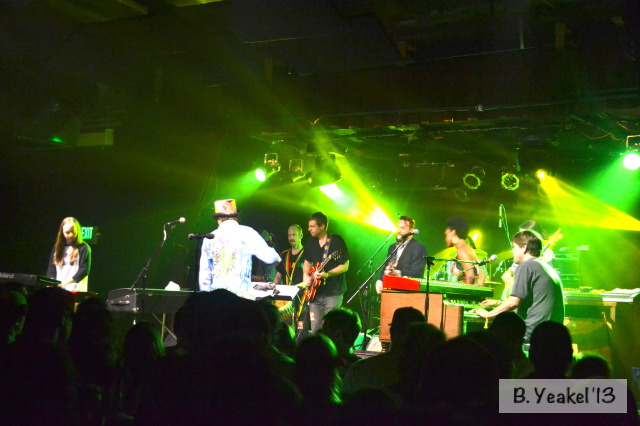 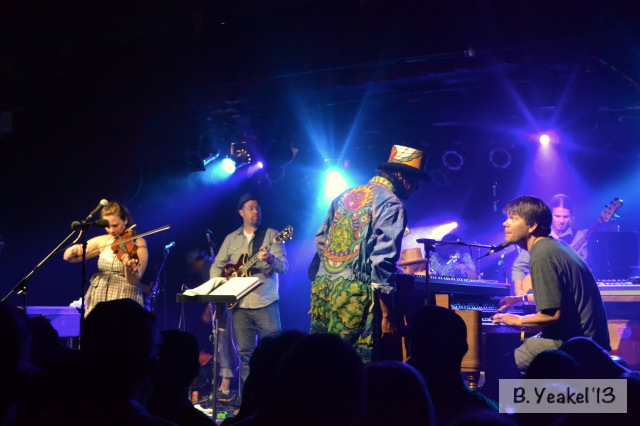 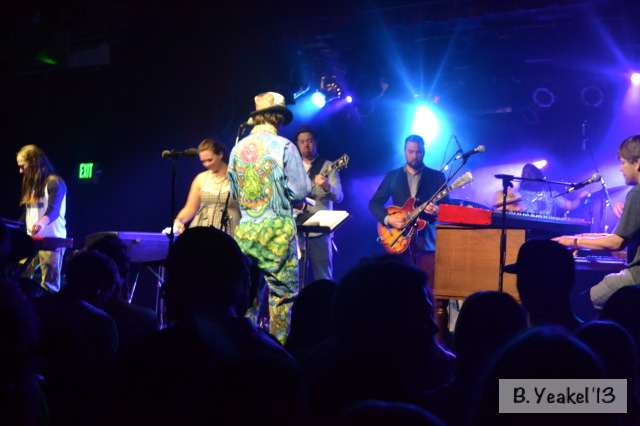 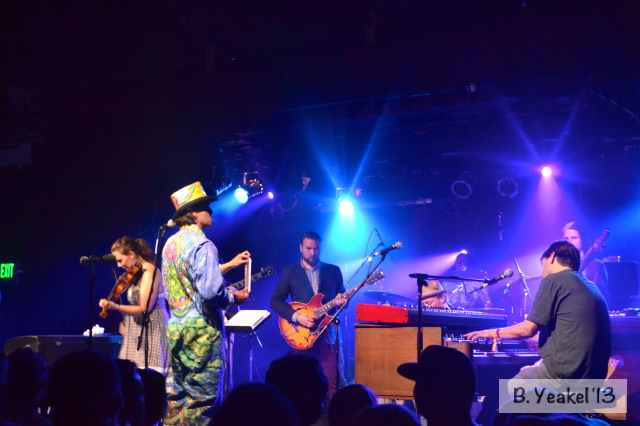 Review and Photos by Brad Yeakel

After a full day of brews and grooves at the second LoHi Music Festival, it was tough to drag my sun-ripened self out to Cervantes for more, but my penchant for fun outweighed my body’s desire for sleep. So, off I went to catch the New Mastersounds for the second time in a day before an all-star LoHi Everyone Orchestra set.

The festival and Late Night’s success were due largely to the incredible lineup of participating musicians. From the best of Denver’s local talent to some reputable touring bands from around the country, I was hard-pressed to find anyone at the festival that wasn’t entertaining. Besides the fact that the lineup was incredible, bands like Tiger Party rose to the occasion and delivered the best performance I’ve seen by the group to date. Springdale Quartet, Poor Man’s Whiskey, Toubab Krewe, the New Mastersounds and Kyle Hollingsworth all turned in high energy entertainment.

As I arrived at the Late Night, I was astounded to hear the New Mastersounds sounded even tighter, more adventurous and more articulate than they had at the festival. Eddie Roberts guitar playing was predictably inspiring, and drummer Simon Allen seemed to be having a blast, first playing the festival in his swim trunks and then playing the after party in briefs. The band was as tight as ever, and have quickly rivaled my favorite funk band Lettuce.

When the New Mastersounds called it a night, the stage exploded with talent from throughout the day. Matt Butler conducted a rotating cast of musicians that included Joey Porter, Kim Dawson, Garrett Sayers, Dave Watts, Kyle Hollingsworth, Eddie Roberts, Pete Shand, Joe Tatton, Simon Allen, Eric Krasno, Allie Kral, Dan Schwindt and more. Mostly all conducted improv, and the show culminated with a spirited cover of “Hey Pocky Way” with Kim Dawson on vocals. It was amazing to see all the musicians involved throw their hearts into the outdoor festival, and still have enough left over to come join the party at Cervantes. The festival and Late Night had the vibe of a musician’s festival, one that was as much for the artists as the crowd. It was apparent that many of the artists were excited to be a part of the event, and went above and beyond what was expected of them. Truly a remarkable day of music.

When the day was through, I returned home, stiff, achy, tired and elated. The buzz of a fantastic experience served as a painkiller and allowed me to smile through the strain of my exhaustion. I slept for a good 10 hours and awoke groggy with the hazy memories of a party for the ages.