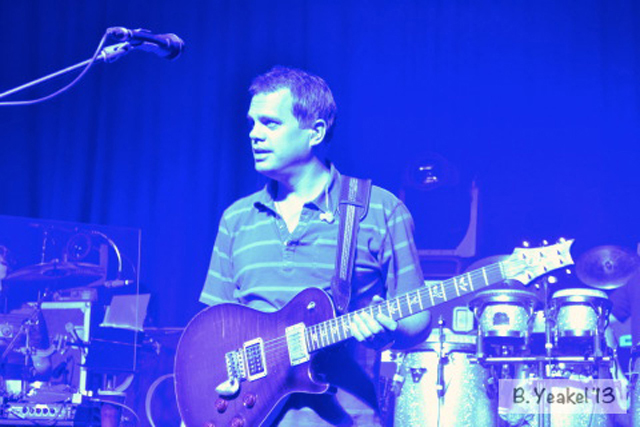 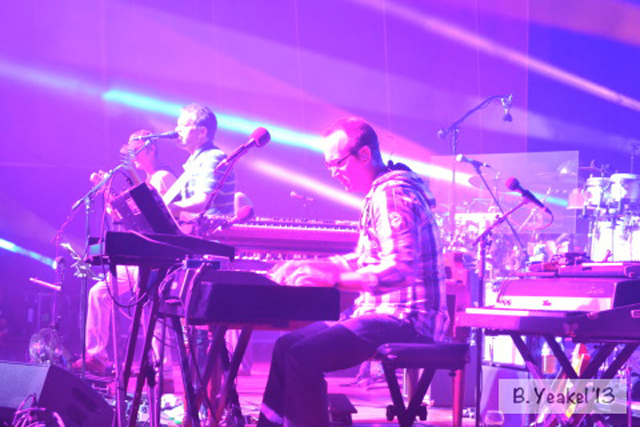 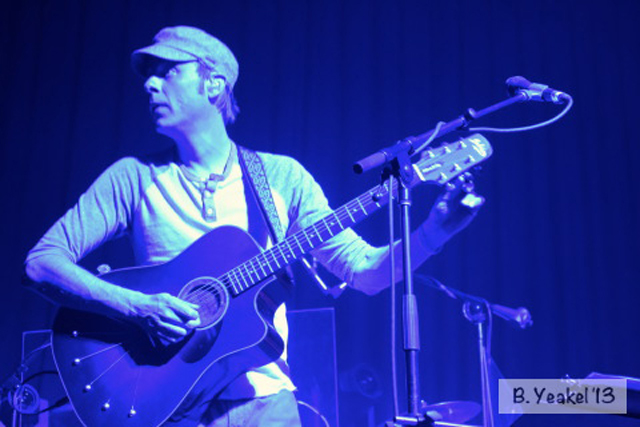 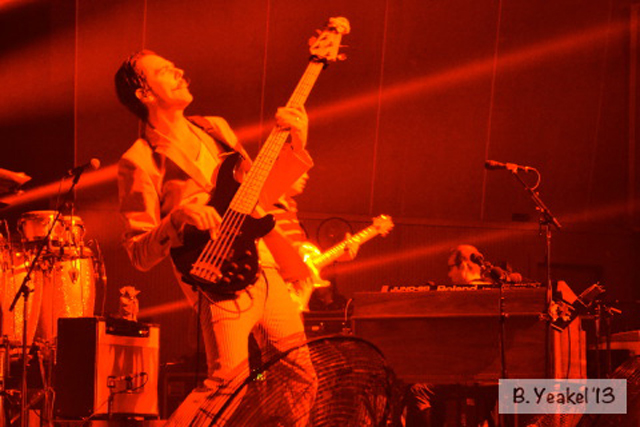 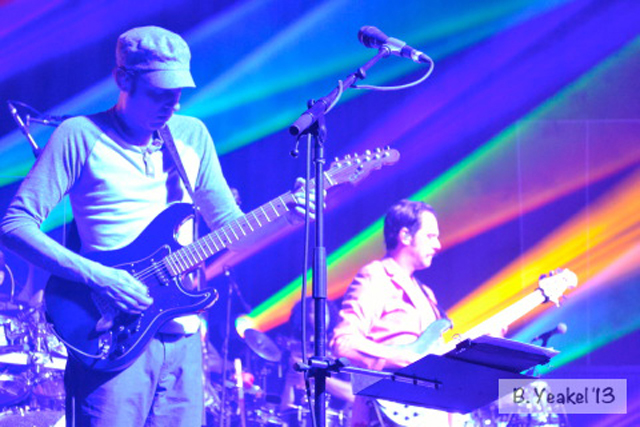 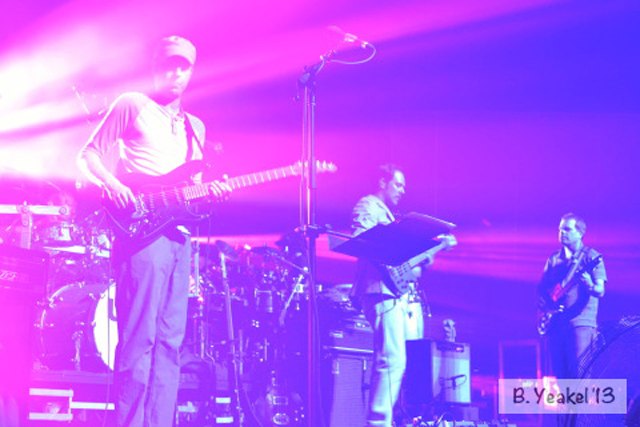 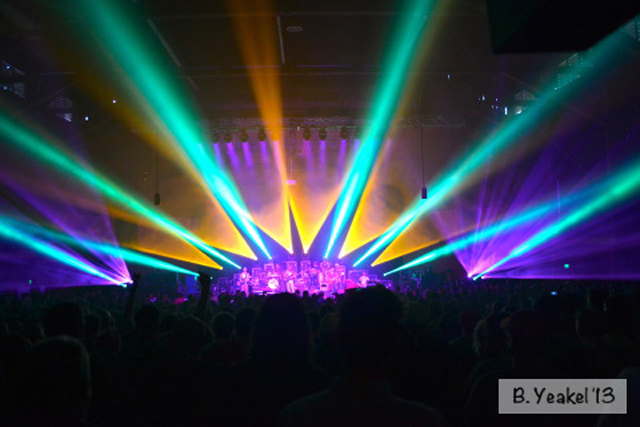 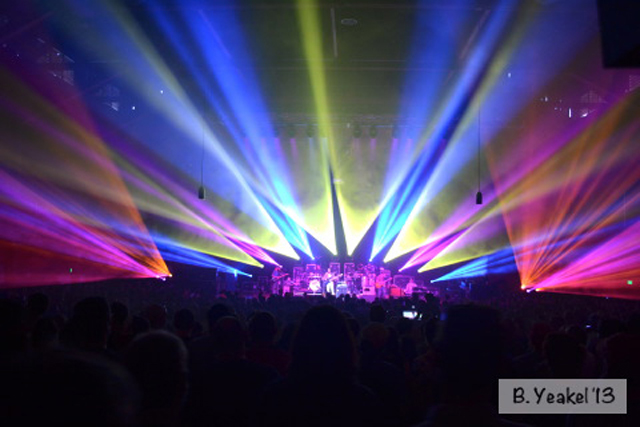 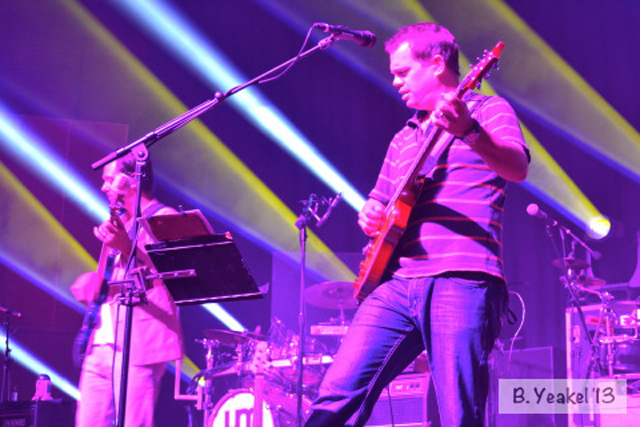 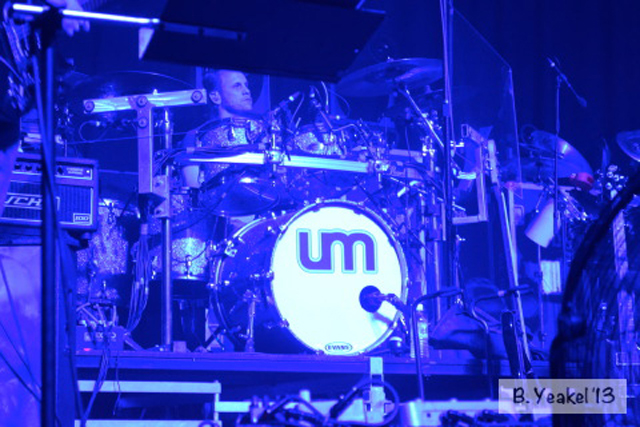 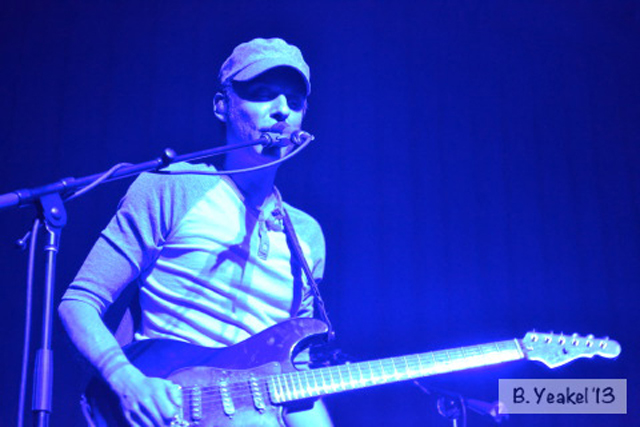 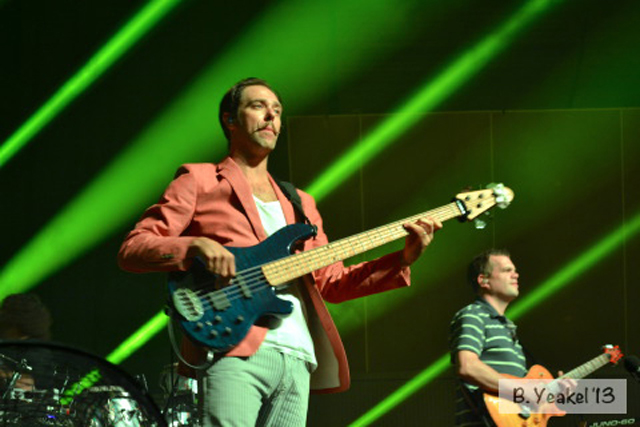 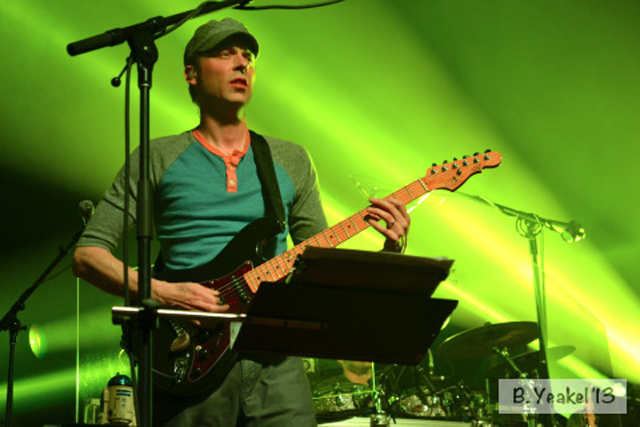 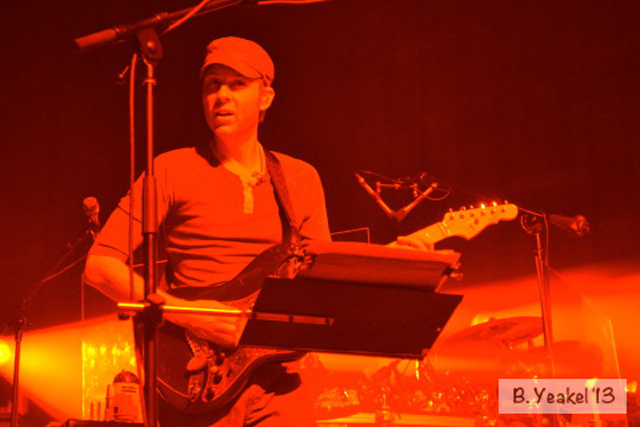 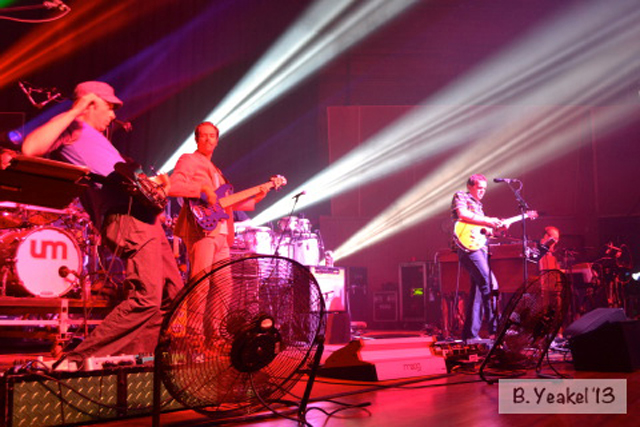 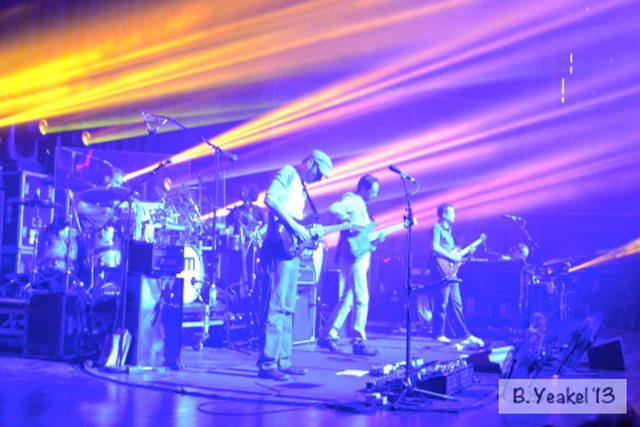 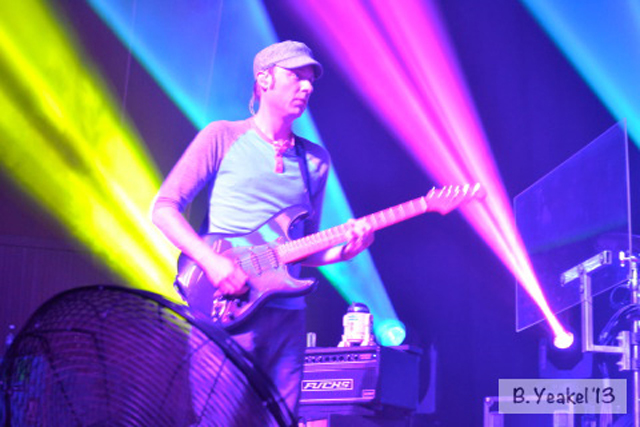 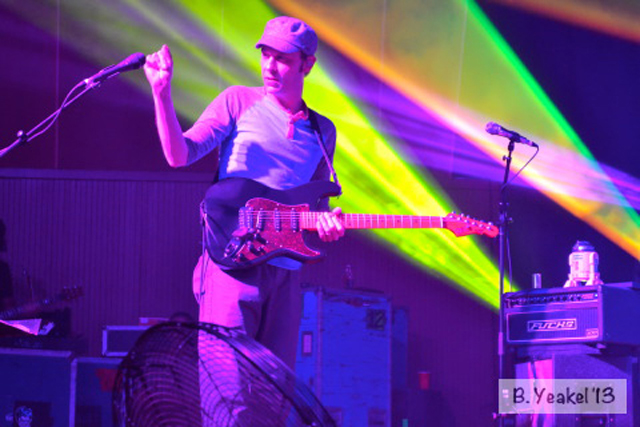 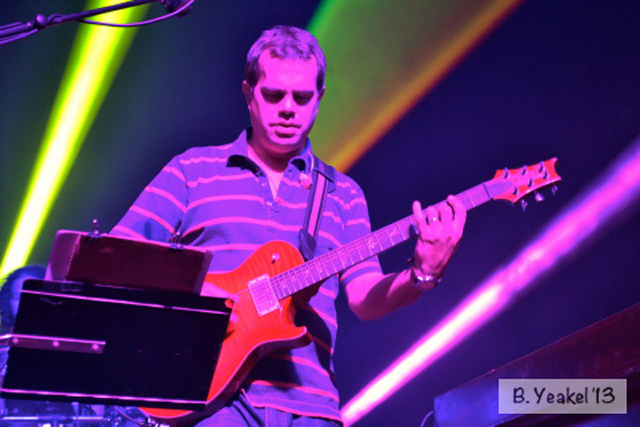 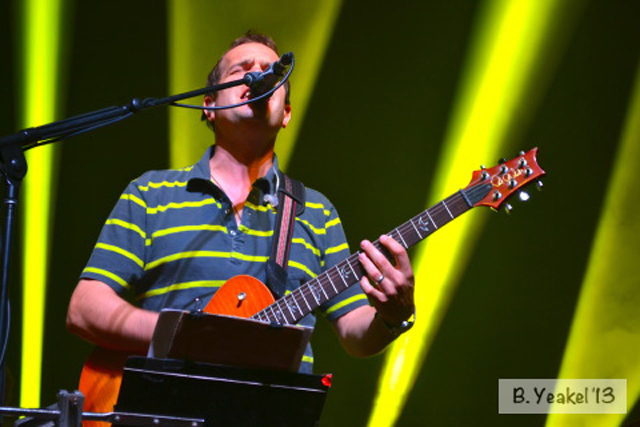 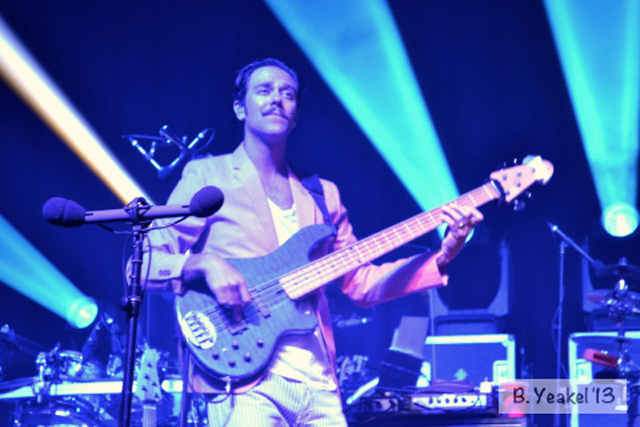 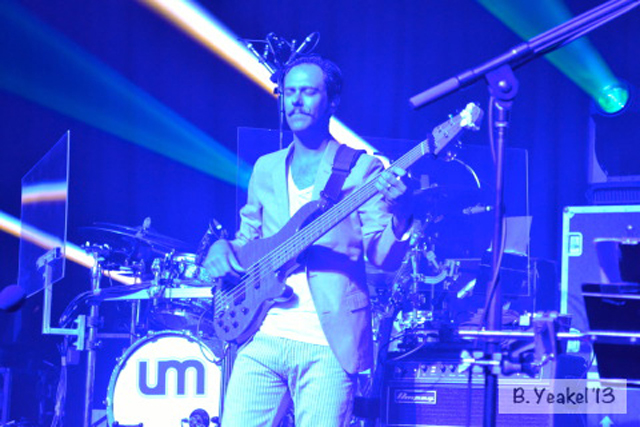 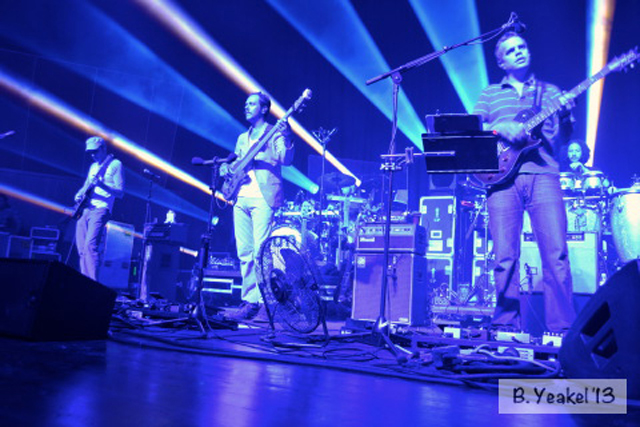 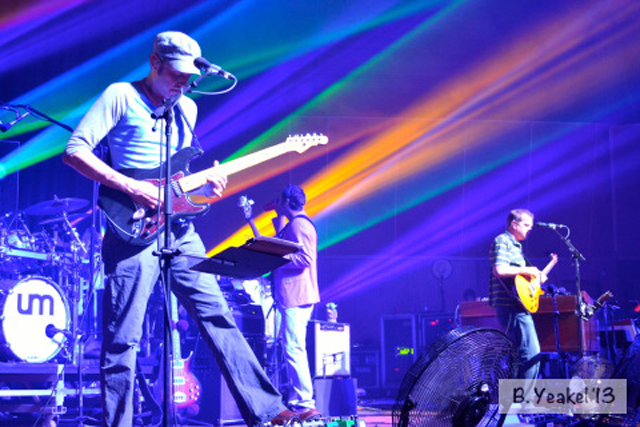 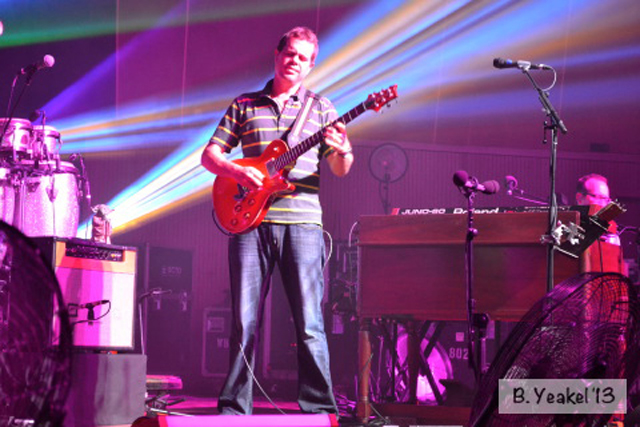 Review and Photos by Brad Yeakel

Last year, Umphrey’s McGee came to Colorado and played at Red Rocks, followed by a smaller show at the Boulder Theater. Both shows were displays of how ridiculous the band could be. While last year’s shows were heavier, harder and more technical, this year’s shows were airier, funkier, smoother and mellower. I haven’t been the biggest fan of UM’s heavier stuff, but had to admit I craved a little more face melting metal in the shows. The one thing that was a tremendous improvement was the move from the Boulder Theater to Chautauqua Auditorium. The small venue did not oversell tickets, and allowed for an enjoyable show in a roomy barn. It reminded me of a venue in PA called Penn’s Peak, though perhaps a bit more intimate. The sound could have been turned up, but the fact that you had to consume alcohol in a beer garden outside kept the crowd from getting too intoxicated during the show. It was just good clean fun.

Surrounded by friends from around the country, we watched a band in its prime deliver a great show in a great small venue. Highlights included a spirited “Nothing Too Fancy,” an unexpected “Robot World> Example 1” and the beautiful “Dear Prudence” to close out the night.

I have seen a lot of bands, and I could honestly say that no one I’ve ever seen seemed to work as hard as the guys in Umphrey’s McGee. Their commitment, focus, devotion, talent and hard work was evident in every musical idea they expressed, and their interactions with the fans have always been generous and noteworthy.

Each member had incredible chops, distinct styles and brilliant ideas. Brendan Bayliss’ guitar work was rivaled by his lyrics, Ryan Stasik’s bass was permanently in the pocket, the drumming duo of Kris Myers and Andy Farag were metronomic, Joel Cummings played keys ranging from beautiful to electrifying, and Jake Cinninger’s guitar work was simply jaw-dropping.

By the end of night two in Colorado, the indestructible engine that is Umphrey’s McGee was showing signs of wear. The party known as Colorado had wiped them out, and a few sections of music were executed loosely. Loose has never been Umphrey’s, but no one cared. We had all just experienced two nights of extraordinary music from one of the greatest bands of our time.

One of my friends saw Umphrey’s McGee in Philly at the TLA, with 15 people a decade ago. This weekend he saw them tearing it up to a pretty full house at Red Rocks Amphitheater, followed by a small show that sold out in no time. This band has worked incredibly hard to get where they are, and should they continue to work that hard; there’s no ceiling on what they could accomplish.