Trending Stories from The Marquee
You are at:Home»Album Reviews»The Raven and the Writing Desk ‘Scavenger’
By Marquee Magazine on June 1, 2013 Album Reviews, Brian F. Johnson 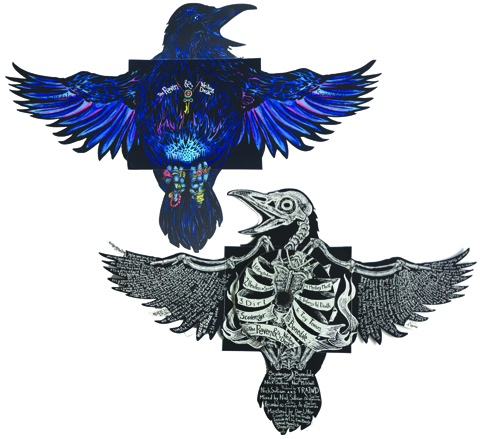 The Raven and the Writing Desk

Luckily, the art isn’t the only winner in this package. The album, which features three new songs that make up the Scavenger side of the disc, also has three songs that the group had kicking around since the recording of their 2011 Bonedale.

Centered around the incredibly ample vocals of Julia Libassi, the group blends modern pop with eastern European gypsy carnival music, and on tracks like “Headless In Spades,” they transition between those genres with ease and grace. Like a raven, it’s playful and free, sometimes sinister and gritty but always admirable.