Trending Stories from The Marquee
You are at:Home»Features»San Francisco’s Deafheaven Step Out of the Fog to Release Their Sophomore Effort ‘Sunbather’
By Marquee Magazine on July 1, 2013 Features, Interviews, Joe Kovack 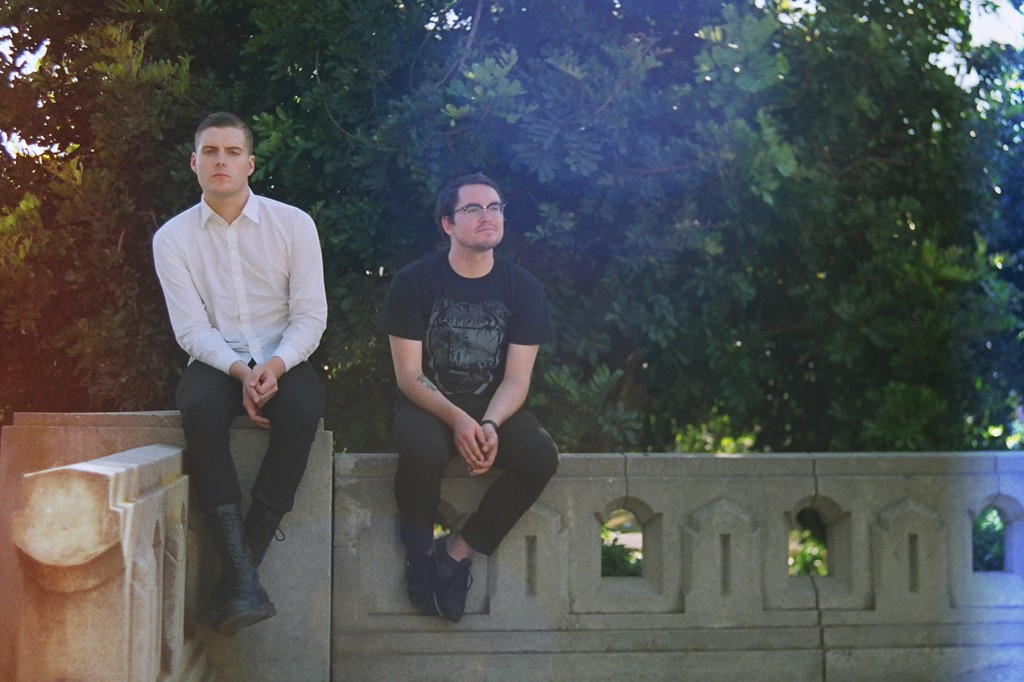 Humans have an innate desire to classify and categorize the world. It establishes order and gives reason to the chaos that has enveloped life since the dawn of our inception.

But there are times when the classification of things becomes so convoluted that it hinders more than it helps. Enter the modern-day music writer. With every review comes the creation of a new genre; a futile attempt at categorizing complex sounds and emotions into a distilled catchy term or phrase. While it’s an effort to conceptualize something as intangible as a unique sound, it can also act as a disservice to the music. It can pigeonhole and create bias based on the constructed label before one delves deep into the music itself.

The days of tidy, clean classifications for music are but a faint memory in the minds of those now creating the rich tapestries of sound that span reason and order. Trying to classify the duo that is Deafheaven is akin to ­trying to codify the human condition. It’s reductive and trite and does little to explain who they really are. This San Francisco-based band has in just three short years pushed themselves toward the top of the musical consciousness through both the means of a contemporary digital grassroots campaign and the distinctive sound they’ve created. Deafheaven has grown from a small project born of boredom into the burgeoning band that defies expectations today.

While they are gaining critical acclaim, nearly every review and feature on Deafheaven attempts to sum up their sound through buzz words and trivial comparisons to other genres. In a recent interview with The Marquee, vocalist George Clarke spoke about this phenomenon and about the burden of classifying their sound. “It’s so difficult. Often genres can seem so trivial ’cause there’s always something new around the corner,” said Clarke. “In order to explain music in a simple way, we come up with these terms to identify things. But as for us, we would be like post-rock, noisy shoegaze-inspired blackened metal. But all the answers I’m giving you are total bullshit. I’m just going to start saying we’re a rock band,” he explained.

It’s obvious what genres influenced their sound, but focusing on one aspect or another can take away from the full gamut of their music. “I really don’t know how we do it. It’s just everything we enjoy listening to,” said Clarke . “We didn’t want to be just one thing. We wanted this culmination of new and old; stuff we’ve been into since we were kids, all the way to the stuff we’re into now. It’s just this revolving door of influences.”

The duo features vocalist Clarke and guitarist Kerry McCoy, two friends in their early 20s whose love of similar music produced a friendship and musical connection that has ceased to diminish. They are a complex entity. On one hand, McCoy’s guitar playing is centered around sweeping layered melodies and the beauty of hypnotic harmonies manifested as if from some ethereal plane of existence inhabited by warm light and eternal bliss. But like the duality of nature, Clarke’s vocals and the group’s newly acquired drummer Daniel Tracy’s pulse-pounding percussion, take that bliss and turn it into an aggressive, emotional expulsion of sound and rhythm.

In June, the group put out its sophomore release Sunbather to solid reviews — 8/10 from Spin and 8.9 from Pitchfork. Recorded and engineered by Jack Shirley (Funeral Diner, Comadre), seven songs compile an hour of climax building energy mixed with atmospheric transitions coated by Clarke’s indecipherable screaming. Clarke’s tortured vocals may be hard to understand, but they harbor a catapult of emotions hurled from the depths of his consciousness to the listener, which can be witnessed in the dynamic intensity of their live shows. “I feel like anytime you’re playing a style of music that’s like ours and topically deals with the things our records deal with, it’s only natural to have an extreme response to it,” Clarke said. “I kind of get weird sometimes on stage and it’s really just how the music makes me feel.”

Their music is dark, distinctive and a direct result of the duo’s drive to create music that exemplifies the range of emotions one can feel. “It’s the human experience that interests me, it’s my muse, I suppose,” Clarke said. And just like the human experience, Deafheaven is more than any one label can describe. It’s heavy, it’s light, it’s egoism expounded to calibrate the chaos. “I said it before, Deafheaven is completely selfish. It really doesn’t have anything to do with anything other than us two,” he said. “But it’s nice when people relate to it. I feel like I write in a certain way, almost cryptic so no one can fully understand everything that I talk about, only because it’s just something that I did or went through. But when people can take sections, or a line speaks to them a certain way, it’s pretty surreal.”

• Wolves in the Throne Room