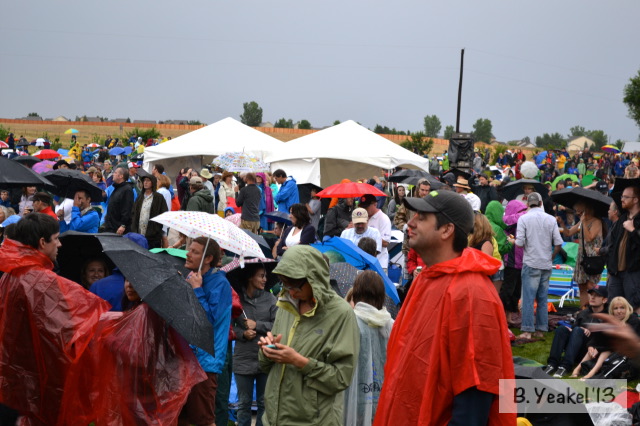 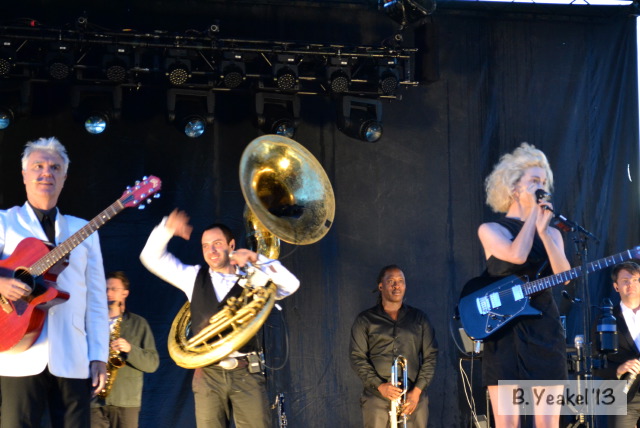 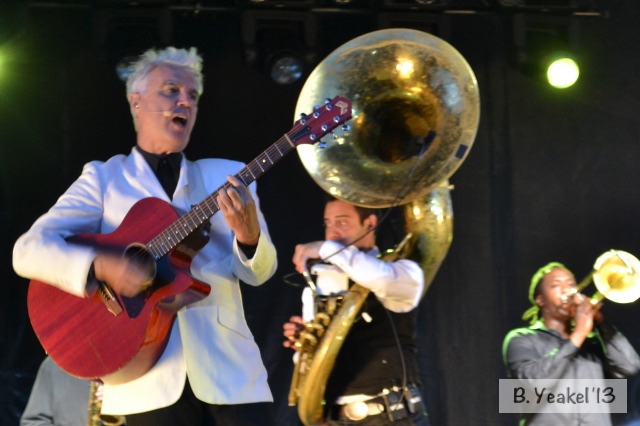 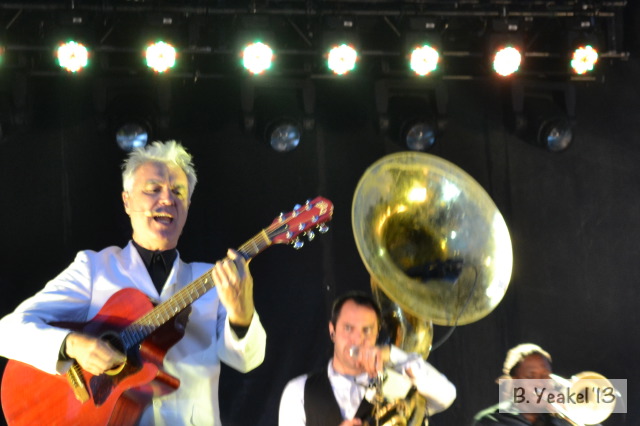 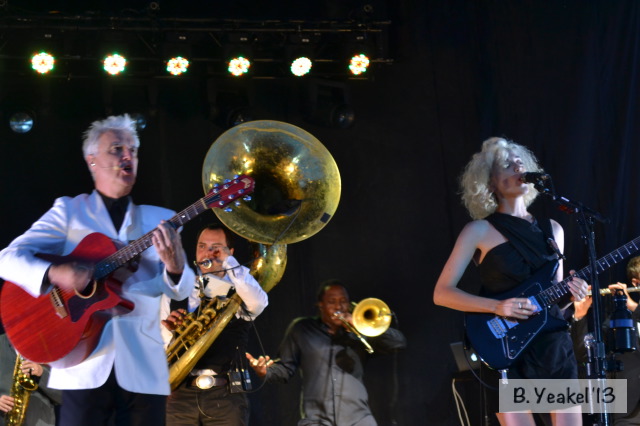 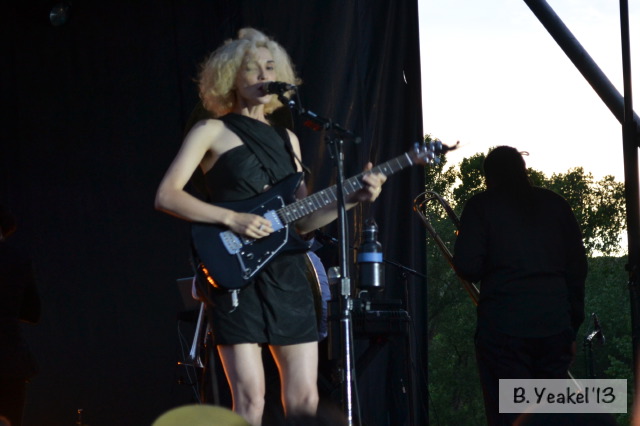 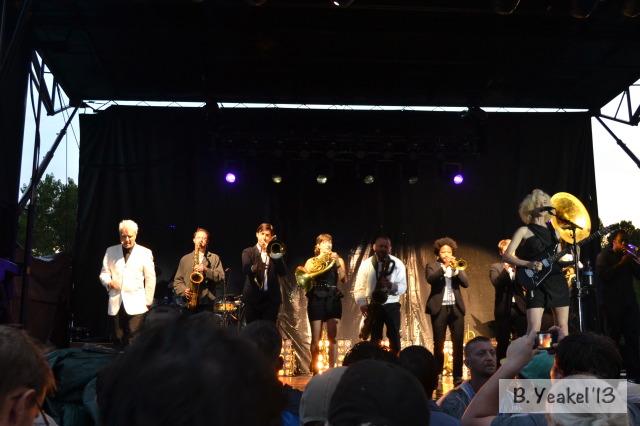 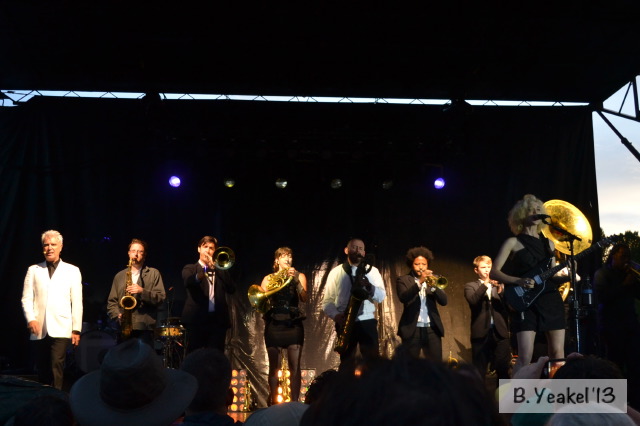 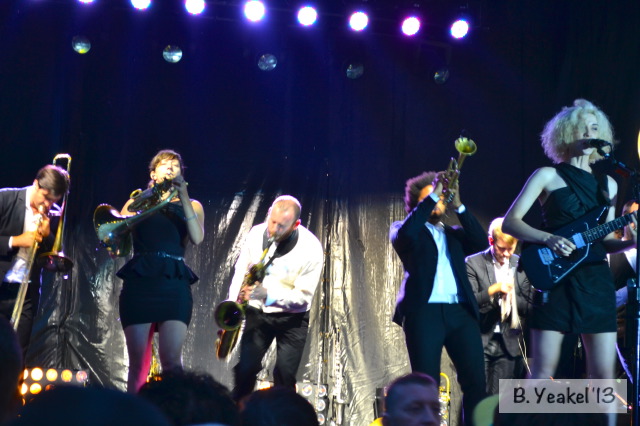 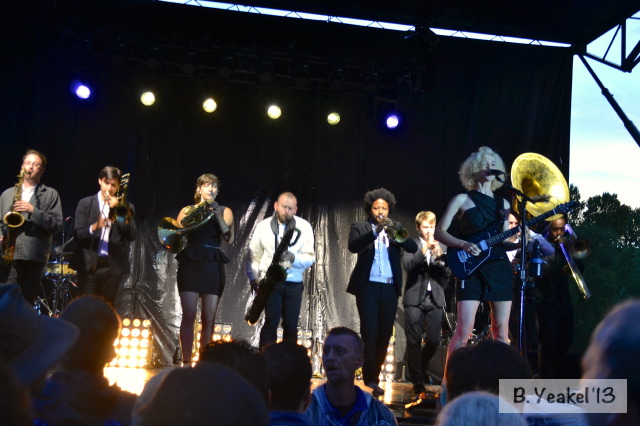 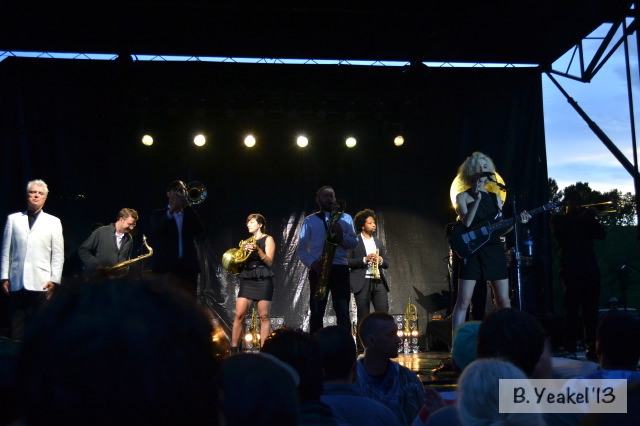 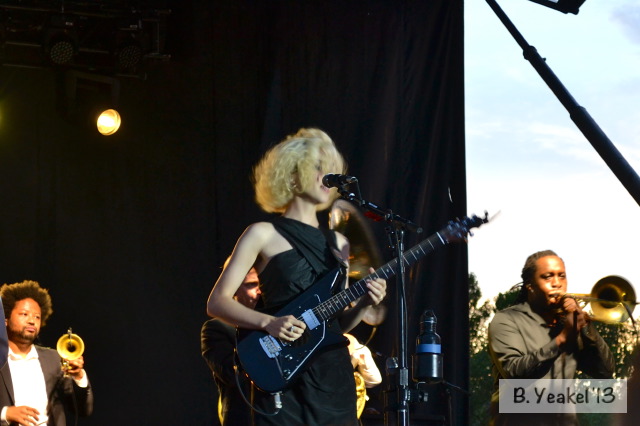 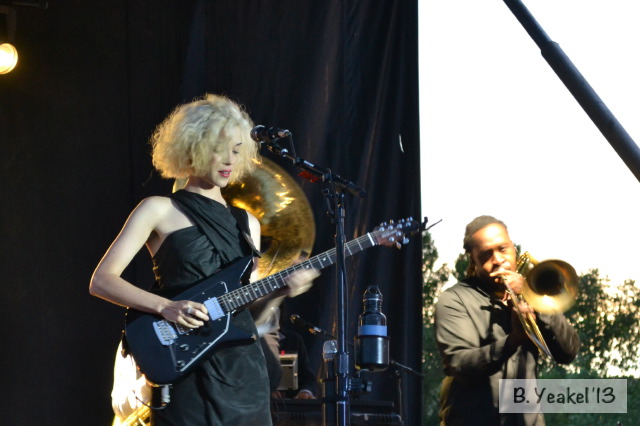 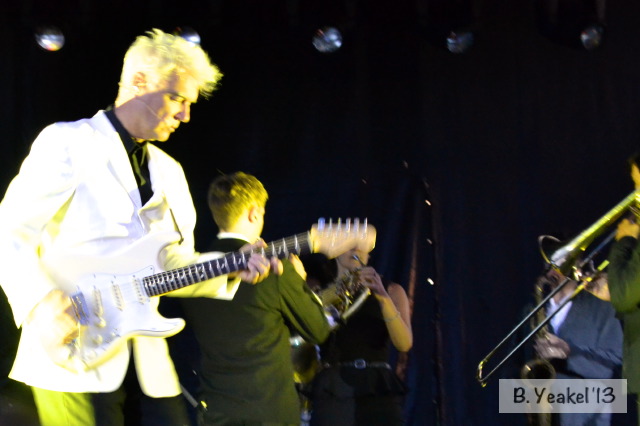 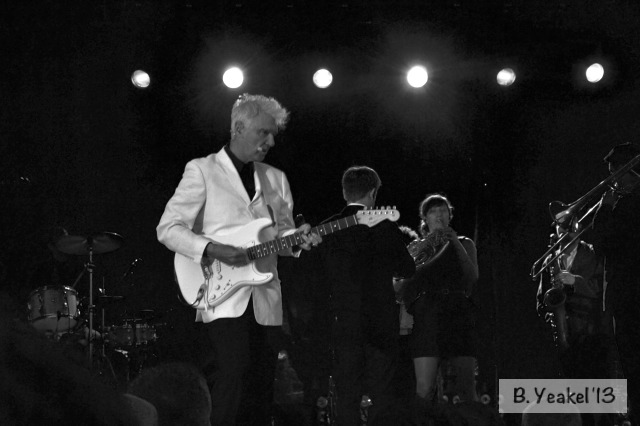 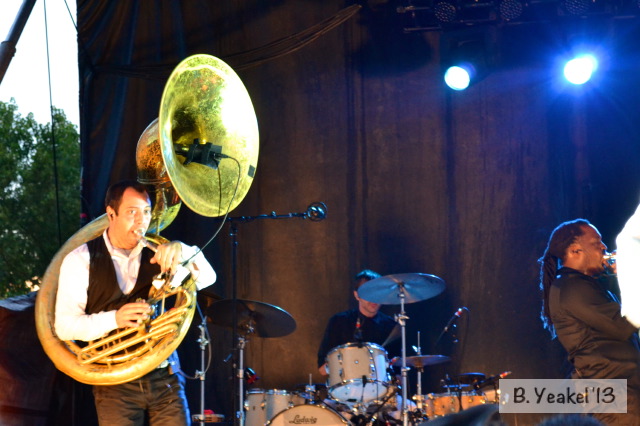 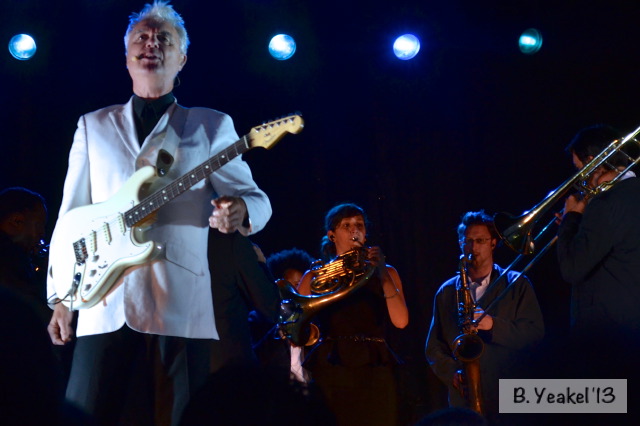 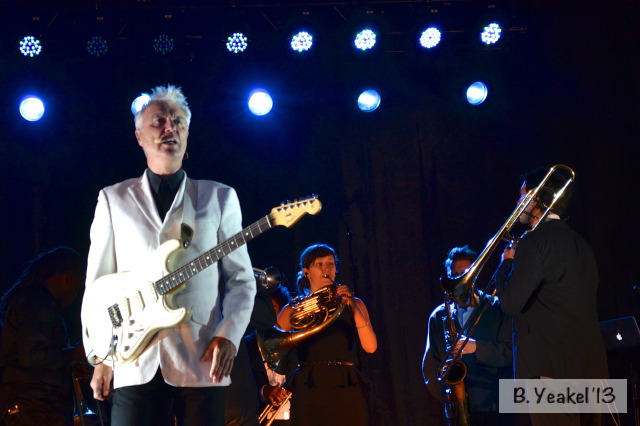 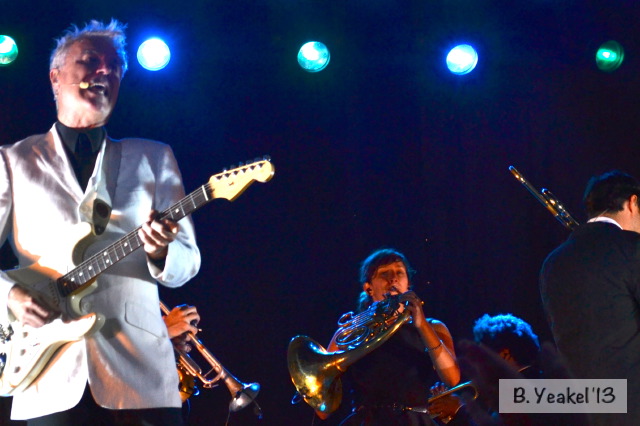 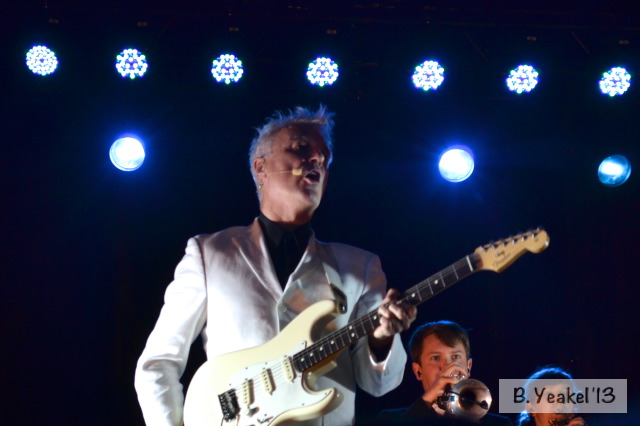 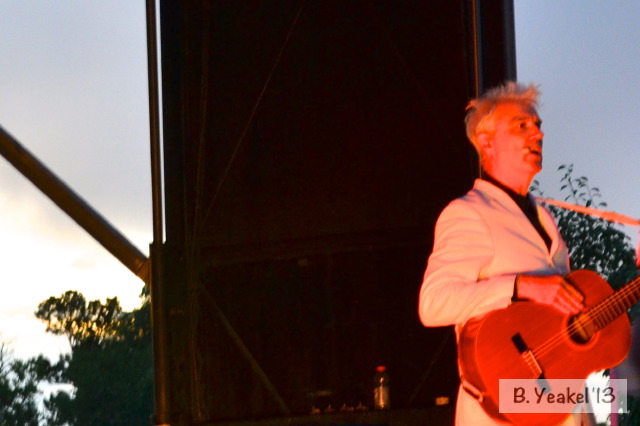 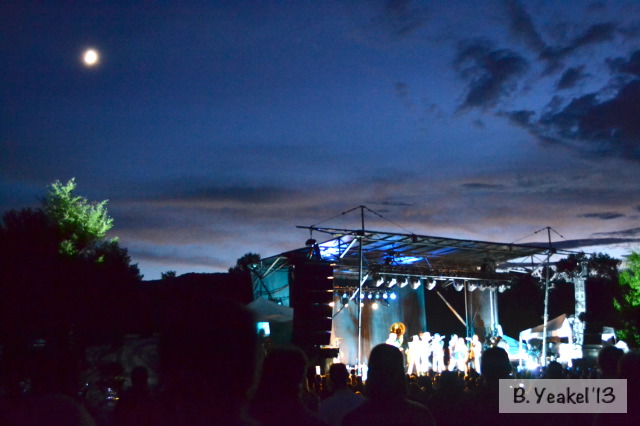 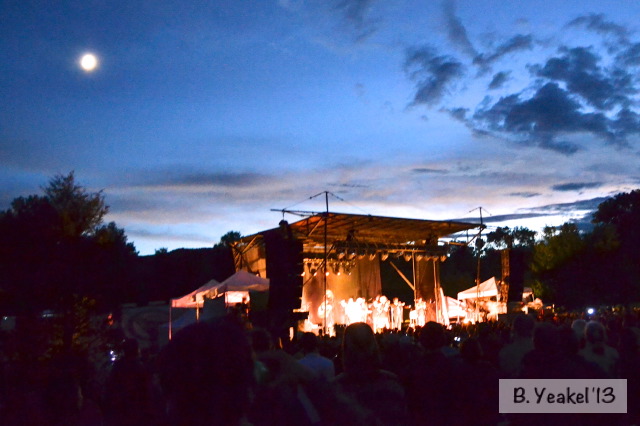 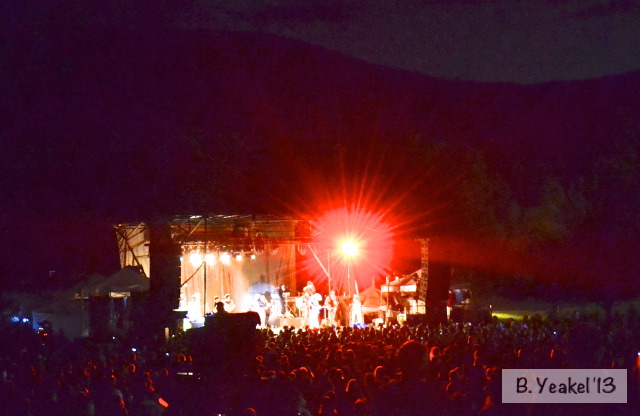 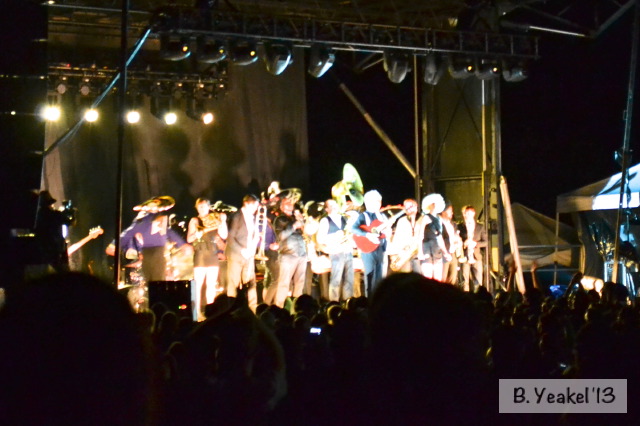 I found the Talking Heads through a back door. It was Phish who initially introduced me to the legendary band. Their covers of “Cities” and “Cross-eyed and Painless” opened the door to their world, and I began to explore the Heads in earnest. A fiercely unique outfit, they flew in the face of the punk mania, yet carved out a loyal and devoted following that has outlived their career. The mastermind behind this musical endeavor was David Byrne. His awkward crooning and abstract approach to music was absurd, brilliant and infectious. Against all odds, the Talking Heads became one of the most respected and revered bands in music.

Saturday was my first opportunity to see David Byrne, and not being very familiar with St. Vincent, I wasn’t sure what to expect. I headed south of Denver to the Botanical Garden Chatfield and joined a surprisingly small crowd in a grass parking lot. The venue was a hybrid of Telluride Town Park and a huge backyard barbecue.  While it lacked the dramatic peaks of Telluride Town Park, it did have a front range backdrop, and the lawn was an immaculate bed of soft, lush, green grass (the kind you don’t see very often in Colorado). It was a beautiful venue. I didn’t explore the gardens as much as I’d have liked, because we entered the venue, and the sky opened up. Scattered lightening and a lingering rain cloud delayed the show and soaked the lawn.

When the storm departed, a sharply dressed ensemble took the stage followed by and Mr. Byrne and a young lady who resembled Madonna. Byrne’s white suit coat was in stark contrast to the band’s black formal wear. As the show unfolded, I realized that even their outfits were part of the artistic expression. That was the most impressive part of the show for me. Byrne and company didn’t just play music, they created an artistic expression on several levels. From their wardrobes to their choreography, the visual element of the show was integrated with the sound and theatrics to provide multi-faceted art that engaged the audience fully. Lead by Byrne and Annie Clark (St. Vincent), the Love This Giant Band was a sort of marching band of the occult. A hint of Warhol’s creativity, a pinch of Sinatra’s class and a dash of Pink Floyd’s mystique added depth to their big band sound and the mystery and magic seemed to transform it into something edgier, darker and more contemporary.

St. Vincent’s songwriting shared some indescribable quality with Byrne’s, and the pairing seemed to make as much sense as any collaboration I’ve ever heard. St. Vincent’s material was exciting, dramatic, artistic, theatrical and operated outside the framework of an established genre. I heard elements of the Flaming Lips, David Bowie, Prince and more congeal into a rock and roll arrangement performed by an extremely talented brass ensemble. On a few occasions, the group tackled Talking Heads material and David Byrne’s solo work, creating a new perspective on fan favorites. While many artists rework classics and diminish the quality, the Love This Giant Band’s arrangements were fantastic. “This Must Be The Place,” “Road to Nowhere,” “Burning Down the House,” “Strange Overtones” and “Wild Wild Nights” were performed with the beauty of the originals renewed. Byrne found a great musical vehicle with St. Vincent and company, to continue creating groundbreaking art. At one point, St. Vincent paused to thank David Byrne for all the joy he has given the world. Yes. Thank you David. Thank you so much.