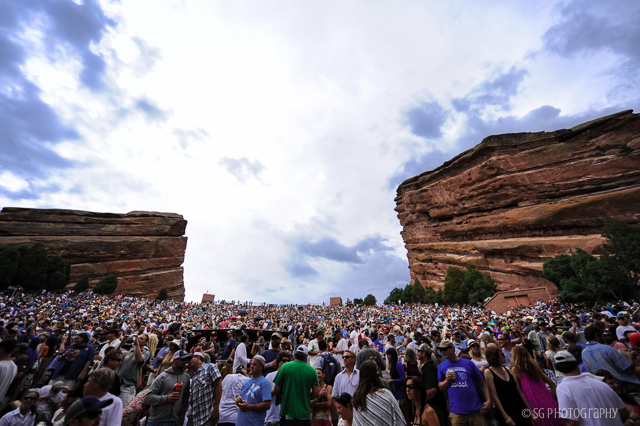 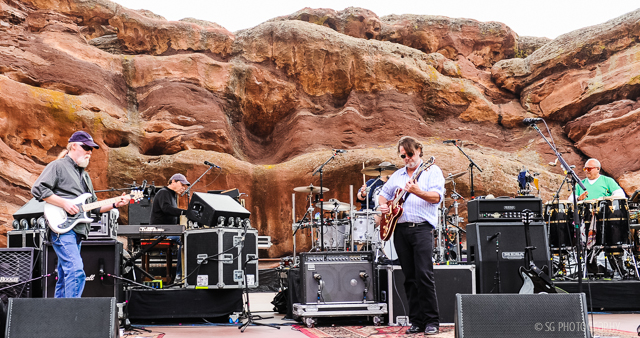 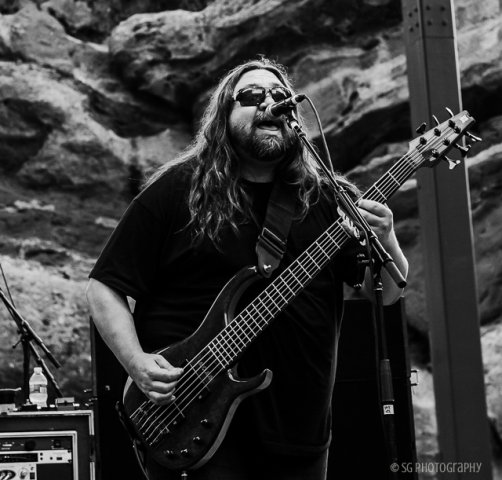 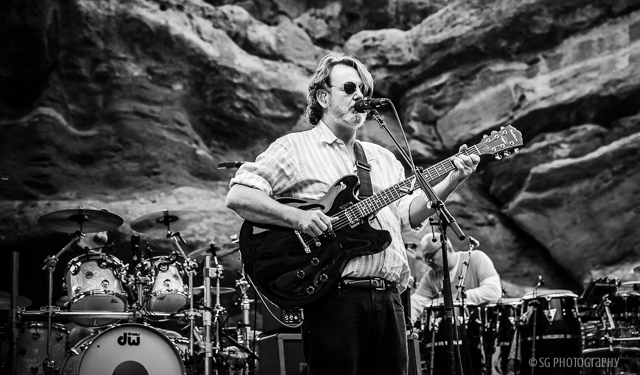 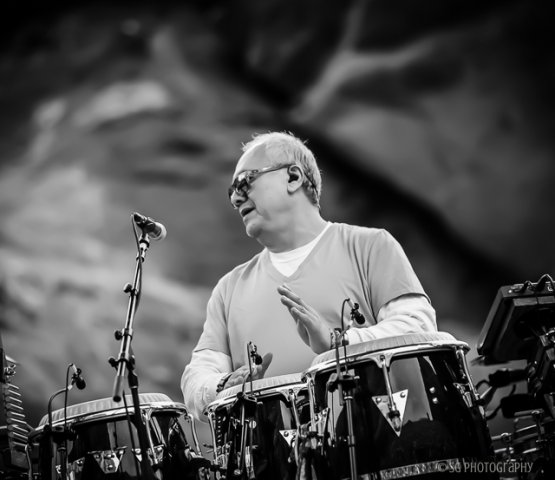 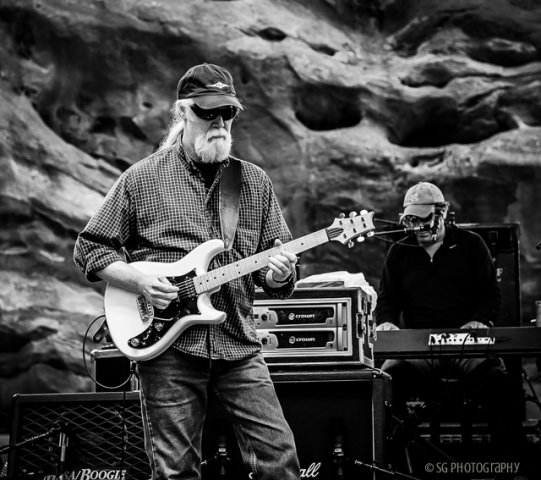 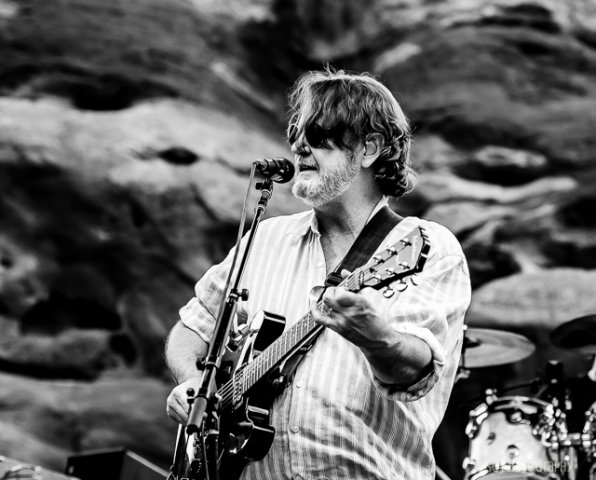 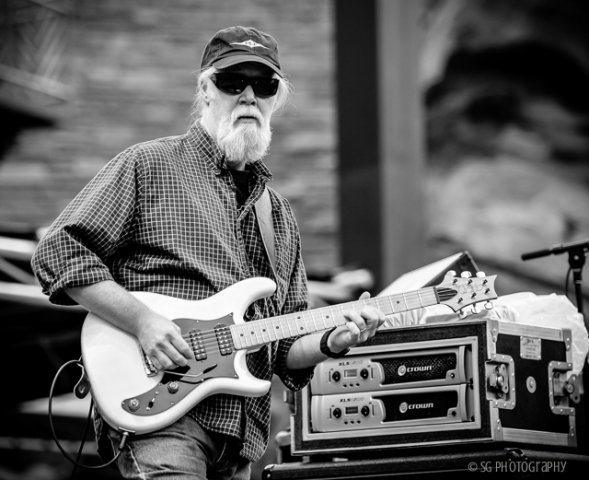 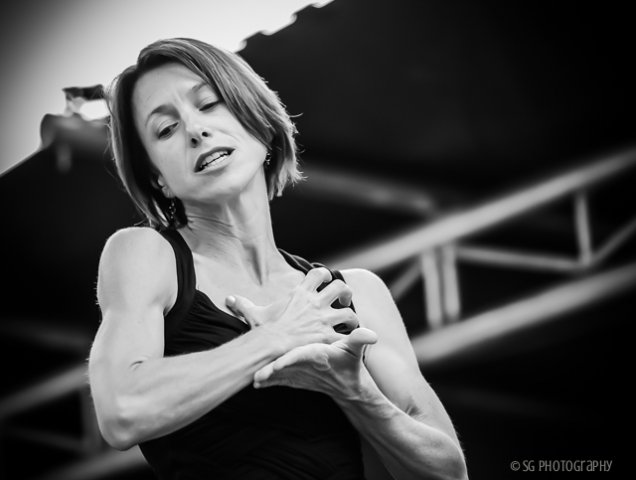 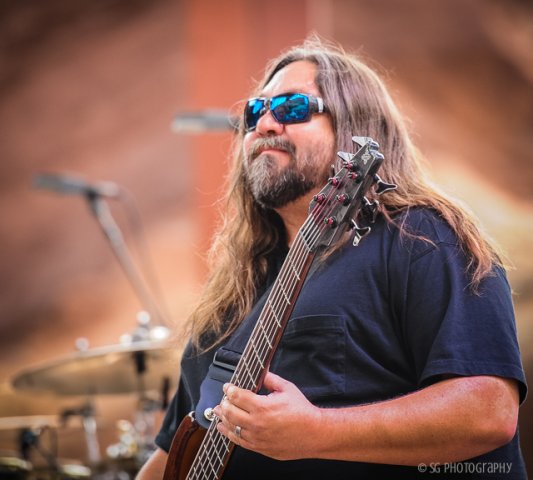 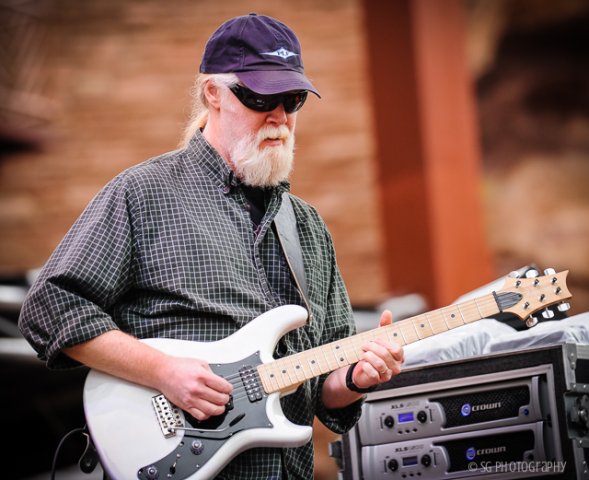 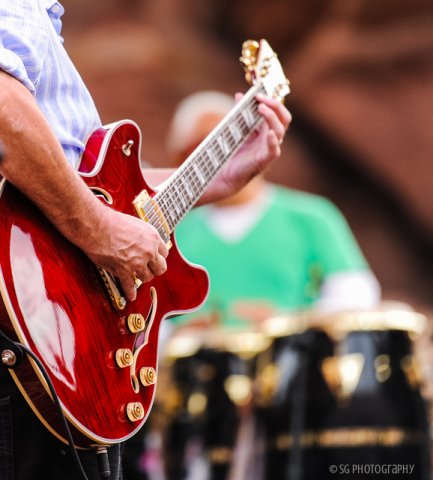 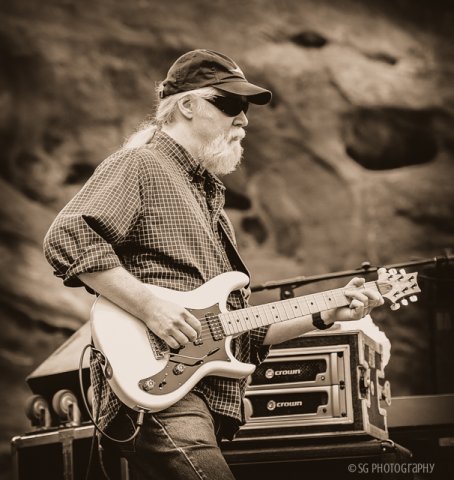 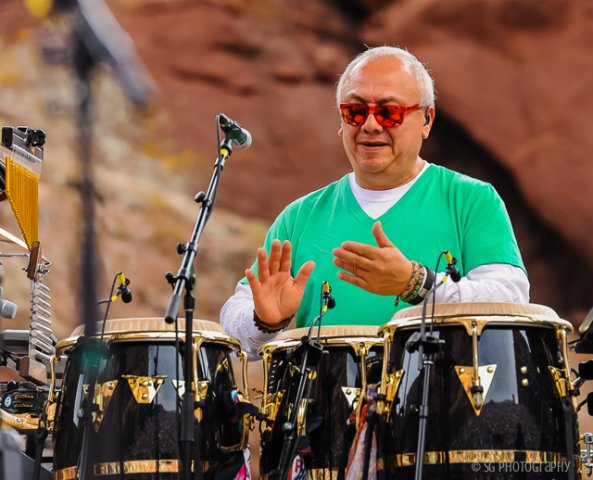 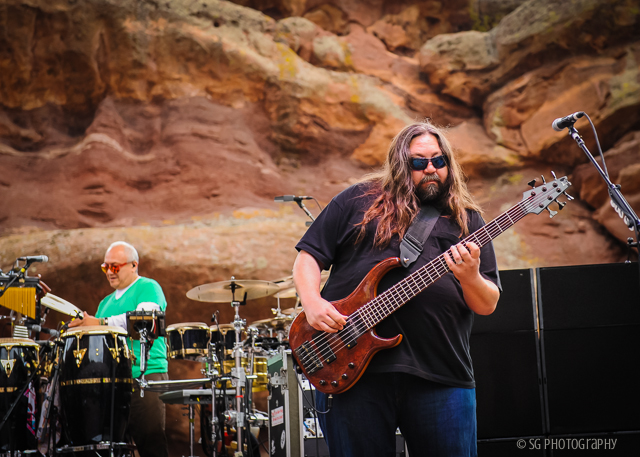 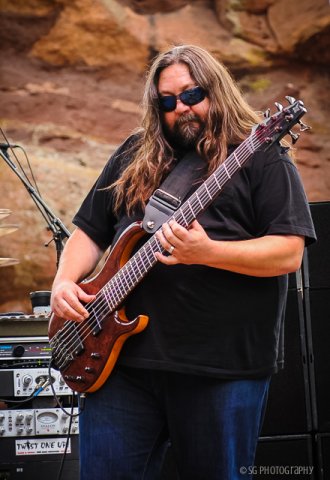 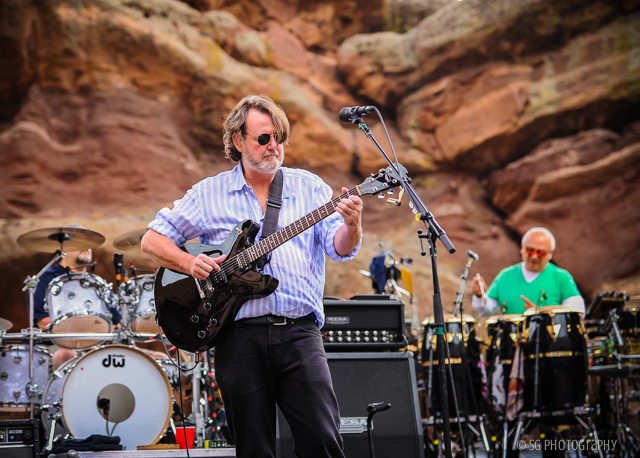 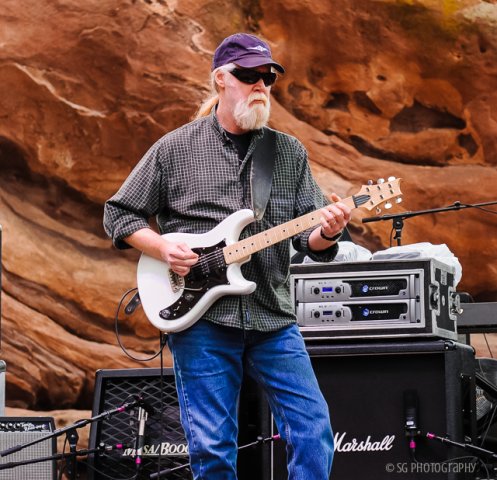 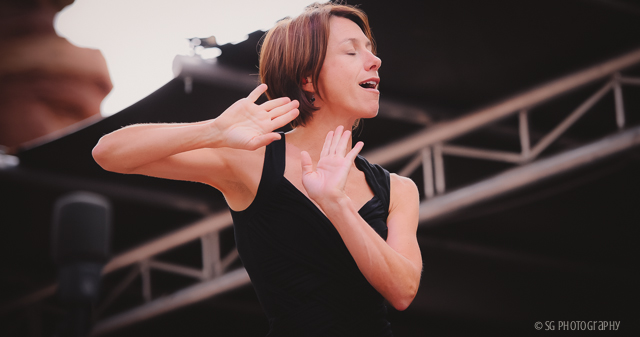 “So that’s what you look like,” said Widespread Panic’s front man John Bell, as the band took the stage Sunday afternoon to close their four show run at Red Rocks. Under cloudy Colorado skies, thousands gathered in the overcast daylight to add one more hash mark to their Panic score.

“Happy” seemed an appropriate first set opener with its instrumental-only ease, while naming the main emotion of the general crowd. I wormed my way into the sea of people to find a standing position third row center. Once there, I met up with friends I never knew I had. “Visiting Day” came after “Airplane” took flight and was a sure fire way to involve the masses as folks spun around smiling about, from what I gathered, the simplicity of just being. A cover of “Life During Wartime” was a wildly appropriate contradiction, “This aint no party, this aint no disco, this aint no time for fooling around…” as the energy of the crowd breathed life of its own and proved the lyrics dead wrong. Panic equals party.

With nothing but time, the band was able to establish and perpetuate unending grooves as the songs rolled into each other like the sweetest green hills back east.

As one thing lead to another though, it was difficult not to observe the confusing inverse relationship between the band’s lack of audience interaction and yet their ability to provide such movement to the people. The input versus output had me questioning the formulaic success of the band, versus the immense connectedness its followers express and swear by. The six men on stage played perfectly with intent within their separate spaces like it was their job. Oh, wait…

The expansive second set perked my interest more, as heavy keys and drums lead to funk, while the southern styled rock slightly subsided giving way to more psychedelic blues jams. “Bust it Big” was sandwiched nicely between “Bowlegged Woman” and seemed a crowd favorite. The Robert Johnson classic “Me and the Devil Blues” was covered well and transformed entirely from its jazzy bluegrass origins to a complex and meandering version that almost became unrecognizable.

And there lies the power of music. The ability to deliver in a different way something we’ve already heard may make bands such as WSP monumental and enigmatic successes. This point may also be the catalyst for WSP’s bragging rights as they hold top honors for most sold-out shows at Red Rocks. The family feel of the embracing crowd lead to acceptance amongst the sense of exclusivity; and creating traditions is part of being a family in hopes of leaving a legacy.

The encore was beefed up and lasted nearly half an hour as the band covered – with pragmatic passion – the heavily loved “Jesus Just Left Chicago” and ended with the tripping oldie “Traveling Light.”