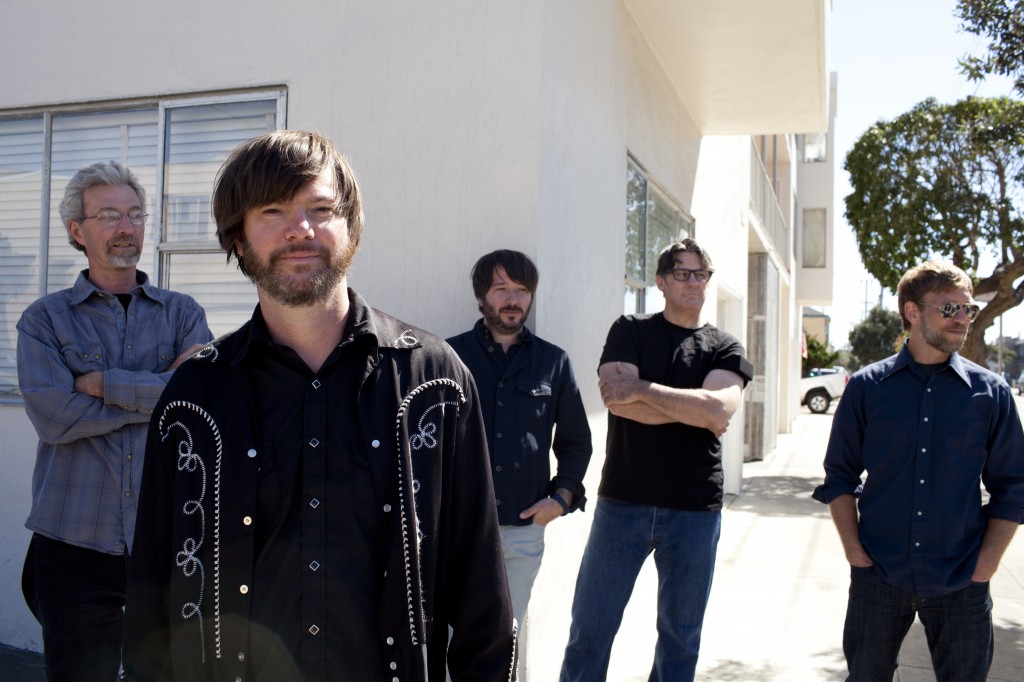 Son Volt has always had more than a hint of twang in their music. Ever since 1994 when Jay Farrar split off from alt-country’s legendary Uncle Tupelo to form his own group, Son Volt had the “alt-country” label attached to its songs, even on tracks that didn’t truly fit the genre. One of the band’s most well known songs, “Drown”, for instance, off of their debut 1995 album Trace, was pretty straight forward rock, but still was labeled alt-country.

Finally, though, Son Volt has released an album that won’t be erroneously pigeon-holed as alt-country — because this time, that’s what it was meant to be from start to finish.

Honky Tonk, released earlier this year and recorded in Farrar’s St. Louis studio, embraces a full-on ‘countrified’ overall theme. They pulled back on the electric guitars and went for acoustic instead, while also accentuating the pedal steel guitar and twin fiddles. The bulk of Honky Tonk was recorded over two weeks and has spent 10 weeks in the Top 10 on the Americana radio chart since its release in April.

The inspiration for Honky Tonk came from the iconic Bakersfield style country music of the 1950s and early 1960s. But at least a part of the complete embracing of twang could also be attributed to lead singer Jay Farrar’s erudition of the pedal steel which crafts the ‘countrified’ sound on the band’s last two albums. “I’ve been learning pedal steel guitar for at least two years,” Farrar said in a recent interview with The Marquee. “I chose a pedal steel that has less strings than some of the others — an eight-string. It’s a complicated instrument because each pedal steel guitar player likes to develop their own tuning and strings and pedal combinations so its kind of like a cult.”

Despite his recent passion for the seated instrument, Farrar isn’t sitting down on Son Volt’s current tour. “I left that to the professionals Mark Spencer and Brad Sarnok,” Farrar said, explaining that two pedal steel players helped on the album. “It’s very evocative, you get a lot of different emotions out of it, so I felt like people who have more experience would do a better job. I haven’t learned Mark’s tuning yet, but as the tour goes along I’ll probably take a crack at it — maybe by Colorado.”

Honky Tonk’s lyrics are about heartache, heartbreak and the road — themes that are consistent with Son Volt’s culture of observance of the time and state of relationships.  It’s nearly impossible to address those themes without using words like “love” and “heart,” but up until Son Volt’s last album American Central Dust, Farrar purposely avoided those words in his songs.

“I was always averse to using terms like ‘heart’ and ‘love;’ and I tried to stay away from those because they’re used by so many of the other folks out there,” he said. “Then I came to the realization that there’s a good reason because they’re universal themes, so I sort of embraced it and ran with it. I guess the floodgates have opened.”

For Farrar, the floodgates of creativity seem open on many levels. In addition to the new album, he has also written and recently published his first book, Falling Cars and Junkyard Dogs. The memoir is a collection of vignettes that tackle Farrar’s life, from boyhood in East St. Louis to fatherhood in New Orleans. The book includes stories about his family. tales from the road and, of course, some of his brushes with musical legends. One of those is Roger McGuinn of The Byrds, who ironically told Farrar he shouldn’t focus on “the country stuff.”

“[The book] was a new endeavor for me. I’ve never written anything except songs. It felt like the right time to try a new endeavor and I had time to do it in between touring, and I just started doing it and it seemed to flow. I think ultimately it was cognitive medicine by writing. It gave perspective and I learned a lot about where I’ve come from, and that gives a good idea of where you’re at and helps determine where you’re going. I was never a journal writer so I think I just saved it up for 30 years and out came this book.”