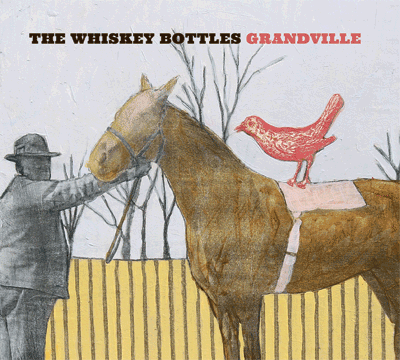 The Whiskey Bottles’ sophomore release, which coincides with the band’s fifth anniversary, is a honky tonk-heavy Americana tale of what the band says is “Anytown, USA.”

In a press release about the album, the group said, “You’ve heard about these places before — the “Pink Houses” of Mellencamp, the “Glory Days” of Springsteen, the “Gutiar Town” of Steve Earle, or the “Paradise” of John Prine.”

And they do, in fact, cover similar territory. From their peppy opener “Fell In Love With A Stranger” to their sing-songy “Rosaline,” Grandville casts a huge shadow over several subsections of Americana. Sometimes it’s pedal steel centered wailing whereas other times the Telecaster takes center stage, and in other places the two work in tandem to brace the towering voice of lead singer Molly Orlando.