Trending Stories from The Marquee
You are at:Home»Album Reviews»Bonfire Dub ‘Who We Are’
By Marquee Magazine on August 1, 2013 Album Reviews, Brian F. Johnson 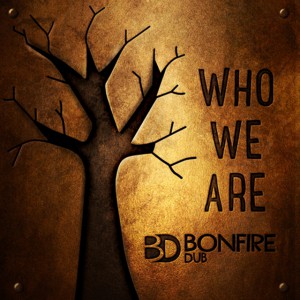 While they bill themselves a reggae act, Bonfire Dub play a really Americanized and very folky version of the island genre, and the group’s recent (part time) addition of Elephant Revival fiddler Bridget Law only highlights the group’s Colorado roots sound. It’s almost as if the emphasis here is on the “Bonfire” and a lot less on the “dub.”

Yes, that’s “dub” as in reggae, not dub as in dubstep. The group’s latest CD Who We Are starts off with the decidely folky track “Fare Thee Well” that almost has an Irish lilt to it, thanks to Law’s fiddling. And the tracks “American Dreamer,” which provides the EP’s title lyric, and the song “Walk on Water,” have more mountain folk music influences than Bob Marley had joints.

The beauty of all of that is that Bonfire Dub brings a diversity on Who We Are that is miles beyond what it would have been if all the tracks were more straight reggae numbers like “Rest” and “Relocate.” The band plays super solid 4/4 reggae, but their Americana tunes are far more intricate and the reggae in them serves as a unique accent that other acts don’t have.           — BFJ

Bonfire Dub Bonfire Dub Who We Are Who We Are
Cool, Share this article: Twitter Facebook Google+ Pinterest LinkedIn Tumblr Email
Previous ArticleQuick Spins
Next Article The Ethereal Plane ‘Dreaming at the Southern Sun’