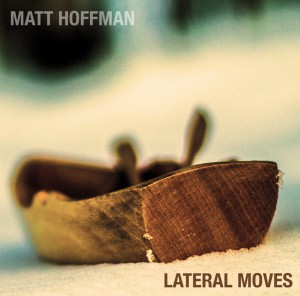 Matt Hoffman has  been killing it lately with his band Strange Americans — the band that in July took home Westword’s 2013 Best of Award in the “Roots Rock” category. But the driving sound of Strange Americans leaves little room for a softer side, and so late last month Hoffman released his solo effort Lateral Moves, which showcases the frontman as a singer/songwriter and multi-instrumentalist. While he has a few guests on the album, Hoffman, for the most part, single-handedly performed and recorded nearly all instrumental and vocal tracks on the record.

Lateral Moves leaves behind a lot of Strange Americans’ rock, but that’s not to say that the songs are wussy by any means. The title track talks about fears of the unknown and taking life’s bumps in the road with grace, and it does so with enough grit that it doesn’t sound like typical songwriter whining. The other tracks on the five-song disc vary from the slightly more driving Patterson Hood-like “If I Let You Down” to the softer Townes Van Zandt-esque “Nothing More.”                                            — BFJ