Trending Stories from The Marquee
You are at:Home»Album Reviews»The Ethereal Plane ‘Dreaming at the Southern Sun’
By Marquee Magazine on August 1, 2013 Album Reviews, Brian F. Johnson 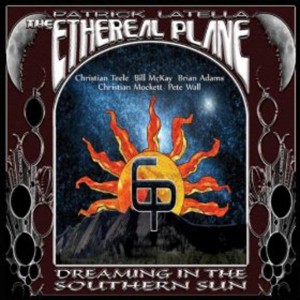 Dreaming at the Southern Sun

A lot of jam bands have tarnished the genre by not knowing when to stop jamming. Many of them never got the idea that just because you can play 1,000 notes, doesn’t mean you should play them all. But for The Ethereal Plane, restraint is taken seriously and the group’s new Live CD Dreaming In The Southern Sun, shows a tight group of musicians who all share the load of their musical expression without any one pulling the “look at me” card that makes so many jam bands intolerable.

The lyrics on Dreaming In The Southern Sun aren’t going to win any awards, but the musicianship here is superb. Group founder, guitarist Patrick Latella of Whitewater Ramble, is joined by Front Range drummer Christian Teele, former Leftover Salmon keyboardist Bill McKay, Tao Jones guitarist Christian Mockett, Great American Taxi bassist Brian Adams, and horn player Pete Wall of Game 7 and Particle. The obvious chops of those musicians shine through across the entire track list and listeners hear a musical conversation, rather than a musical dissertation. Funky and exploratory, Dreaming rolls up its sleeves and goes places, but it never noodles just for noodle’s sake, even on the disc’s longer songs.                                                               — BFJ