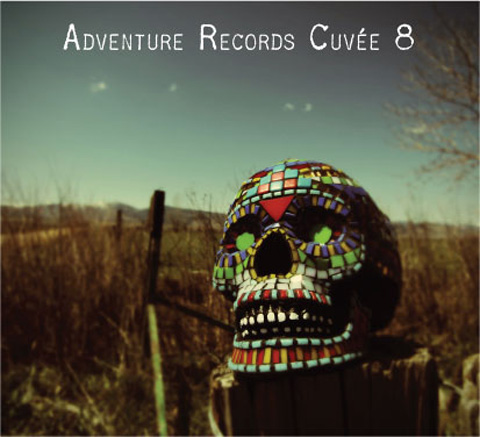 Cuvée is a blend of different wine varieties produced by several vineyards in the same district, and it’s a fitting term for Adventure Record’s annual compilation of Colorado artists, produced by Ken Kadonaga and Rachel Manzo of Adventure Records and James “Jimmy Nomad” Lautenbach, who spearheaded the project this year.

With groups ranging from Strange Americans to Ark Life, to The Indulgers to the Glenn Taylor Orchestra, as well as many others, the disc reaches a wide swath of the musical palette, providing a comprehensive taste of the Colorado music scene. But, like winemakers blending different vintages, this cuvée doesn’t try to throw everything into the batch at once. The compilation is slightly heavy on the Americana-rock side of things, but completely skips EDM — and well it should — for the same reason that vintner’s wouldn’t toss completely uncomplimentary wines into the same batch. Some things just aren’t meant to go together and Cuvée 8 is better off for that discretion.                           — BFJ