Trending Stories from The Marquee
You are at:Home»Album Reviews»Covenhoven
By Marquee Magazine on September 1, 2013 Album Reviews, Brian F. Johnson 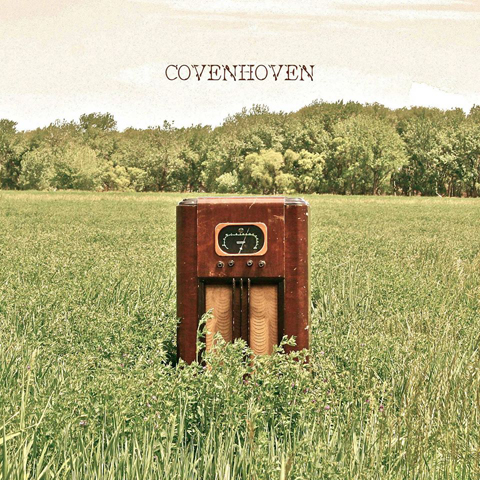 Joel Van Horne must be running for “Grandson of the Decade.” The Denver multi-instrumentalist and vocalist known for his previous work with the indie group Carbon Choir will, later this month, release his debut solo album Covenhoven.

The album, and for that matter the entire project, is centered around a cabin that Van Horne’s grandfather built in the woods of southern Wyoming before Joel was born. Van Horne’s father later named the cabin “Covenhoven” and with long trips each summer to the property, a myriad of memories and the spirit of Covenhoven came to be a central image for Van Horne’s life.

Van Horne wrote in his story of the album, “He might not have known it at the time, but when my grandfather chose to build a log cabin in the Medicine Bows of southern Wyoming, he gave birth to an idea that will last long after his departure. And now I’ve taken that idea and transformed it into music. I grew up in Denver, making the long trip up north every summer to spend time in this place we now call Covenhoven. Some of the best and lasting memories of my life are from this place… in the vast forests and meadows… under the bright blanket of stars… and around the warm, orange glow of the campfires.”

Van Horne puts all of that sentiment equally eloquently on the album itself. In addition to writing everything for the album, he plays half of a music store on the surprisingly thick but delicate arrangements that feature everything from Hammond organ to glockenspiel. VanHorne has only two guests, a violinist and a cellist who add assistance on just one track — the rest is all him.

Much of the song presentation and style, the near-complete D.I.Y. approach and even the family cabin in a remote area, is reminiscent of Grammy Award winning songwriter Justin Vernon, who as Bon Iver, released For Emma, Forever Ago in 2007, which he wrote in a remote cabin in Wisconsin. But where Vernon’s album was an introspective and cathartic journey, Van Horne’s Covenhoven is a beautifully narrated tale of family bonding, happy snapshots of summer’s past, and vows and promises to always stay close. On Covenhoven, VanHorne tenderly, respectfully and selflessly opens the vast corners of the family photo album to share the property and its beauty and spirit — and his grandfather, who passed in 2008, must certainly be as proud, or even more, than the day he put the last log in place on the cabin.