Trending Stories from The Marquee
You are at:Home»Album Reviews»Esther Sparks & The Whiskey Remedy ‘Back To Life’
By Marquee Magazine on September 1, 2013 Album Reviews, Brian F. Johnson 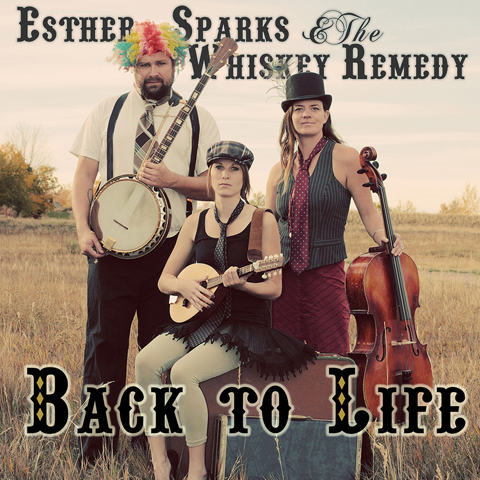 It’s almost cliché that the best art is inspired by the hardest struggles, but Esther Sparks & the Whiskey Remedy have certainly brewed a tasty batch of lemonade from the lemons that life handed them.

Back to Life is a collection of 10 songs written over the last eight years, where Sparks was continually hit with one battle after another — hurricanes, cancer, suicide, separation, unemployment, betrayal, foreclosure, food stamps, forgiveness and finally, redemption. The album consists of the studio recording of the title track, as well as nine live tracks ‘secretly’ recorded at a Colorado Springs concert.