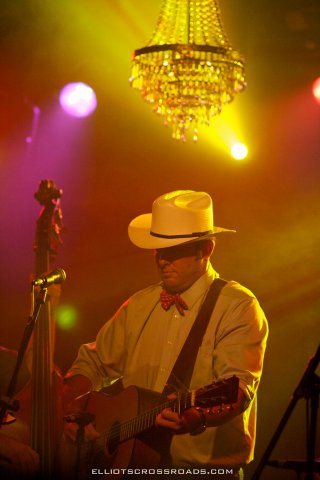 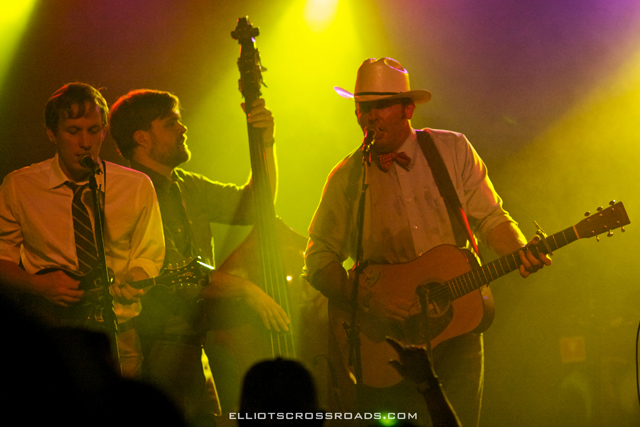 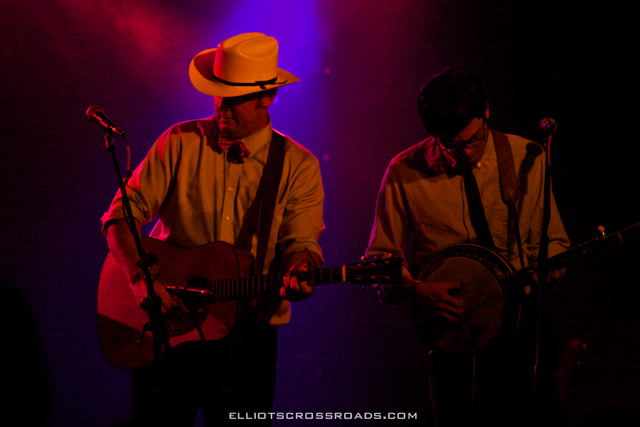 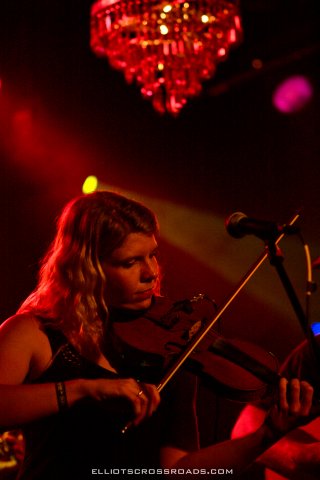 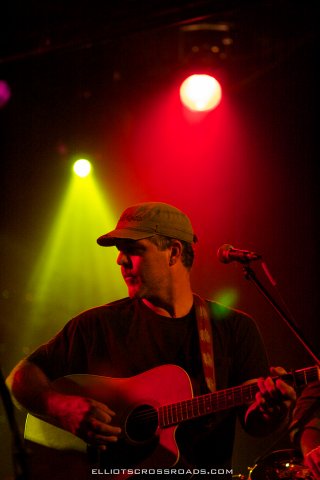 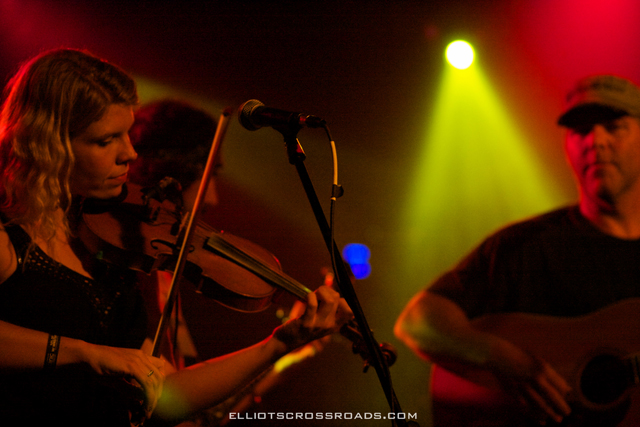 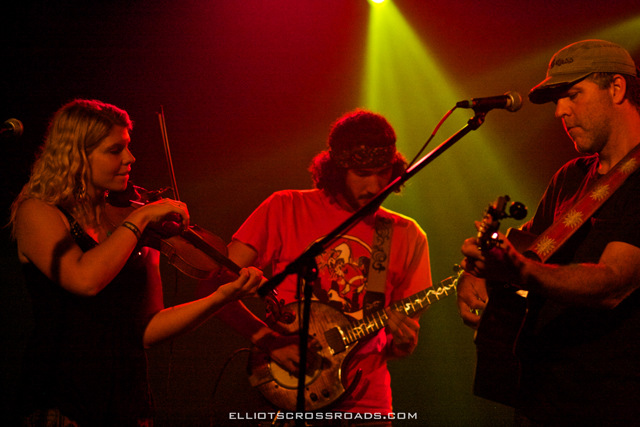 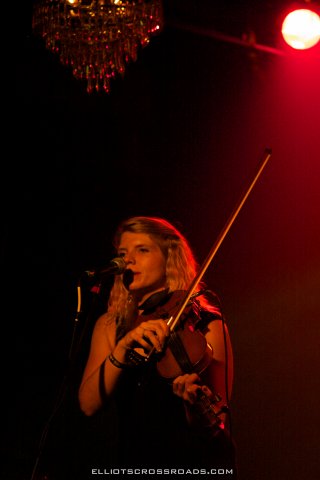 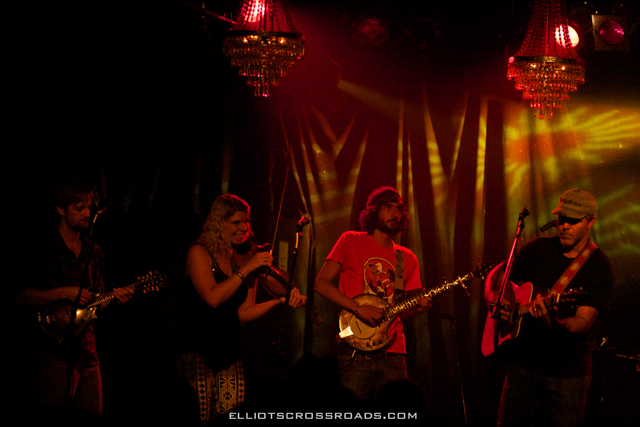 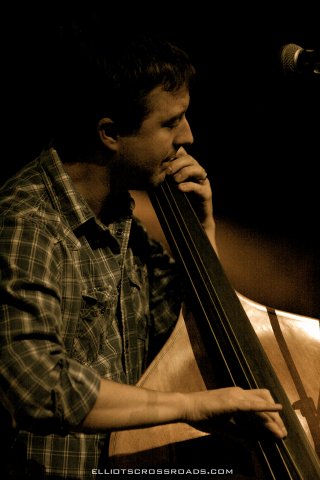 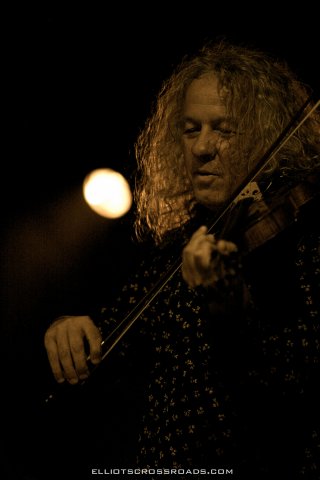 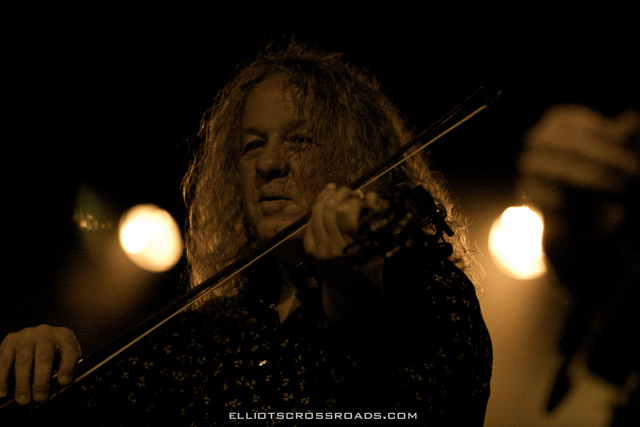 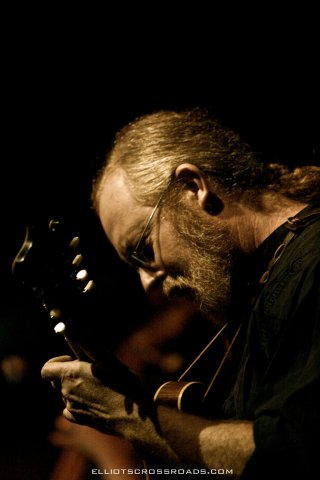 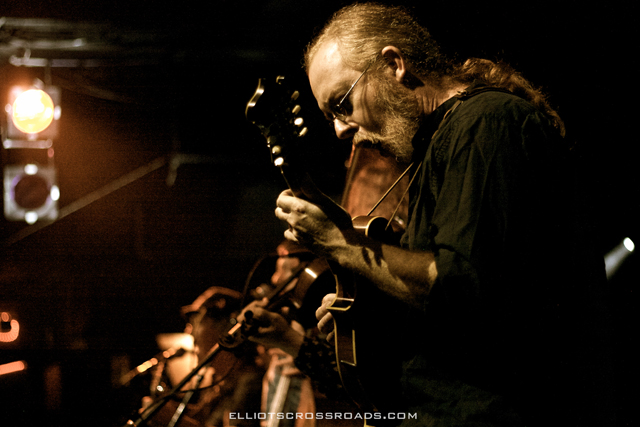 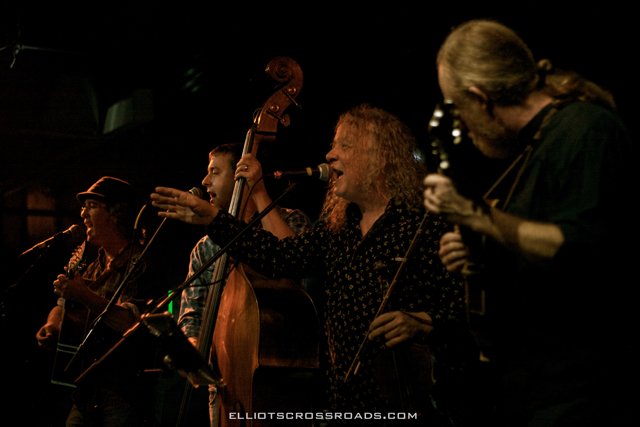 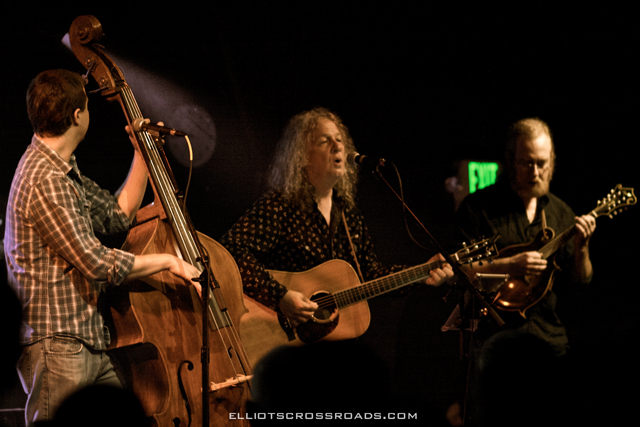 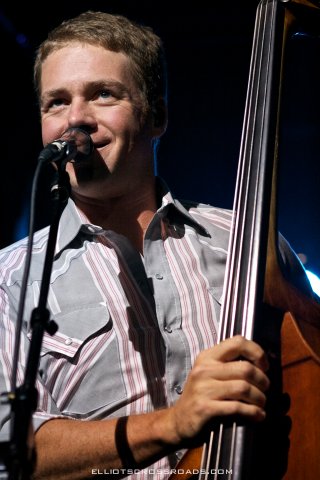 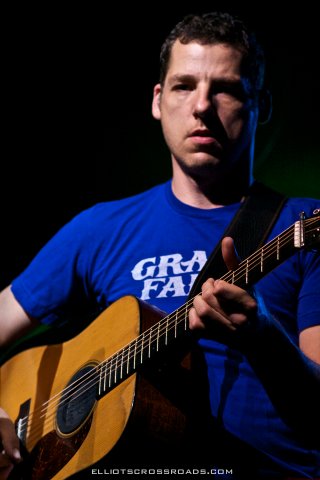 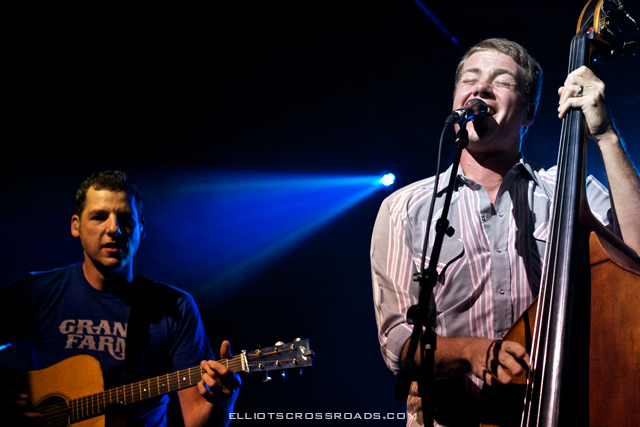 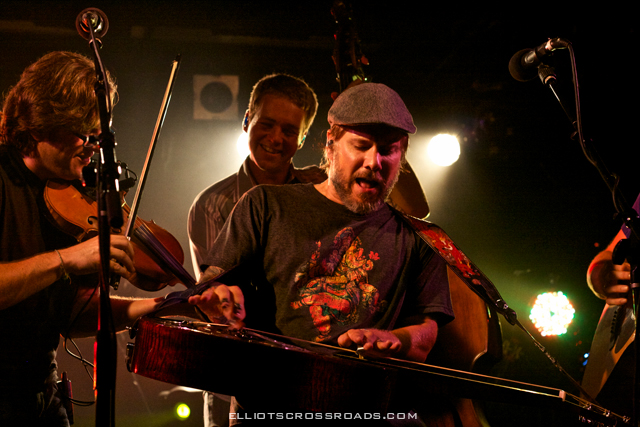 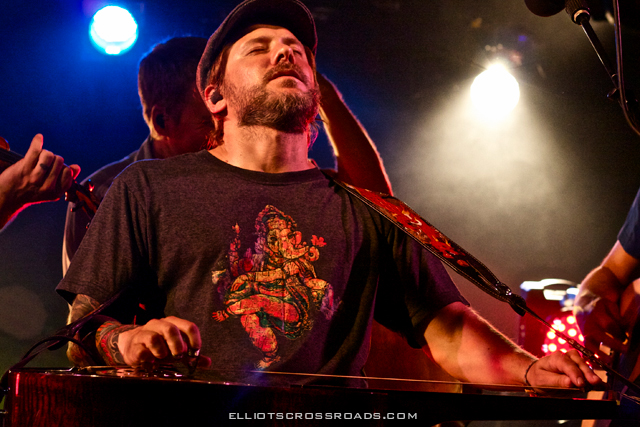 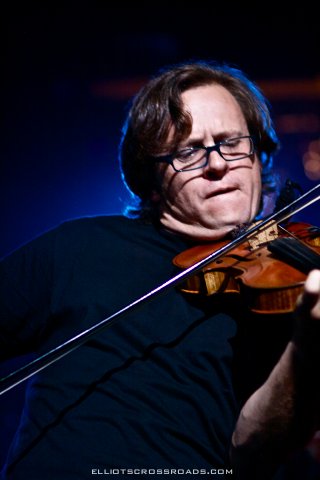 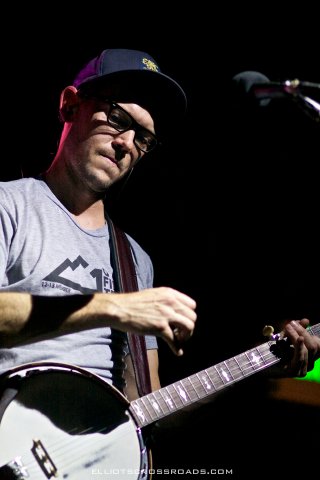 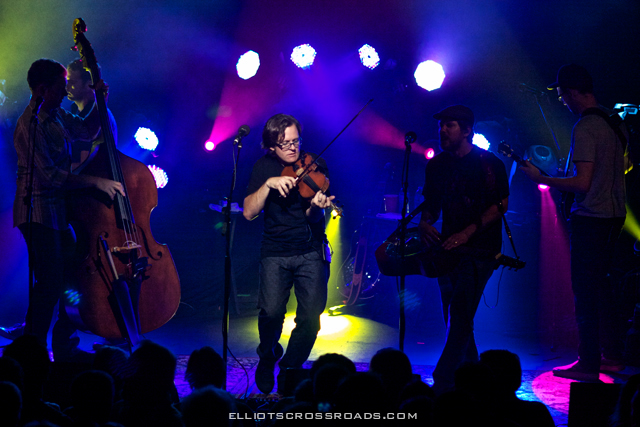 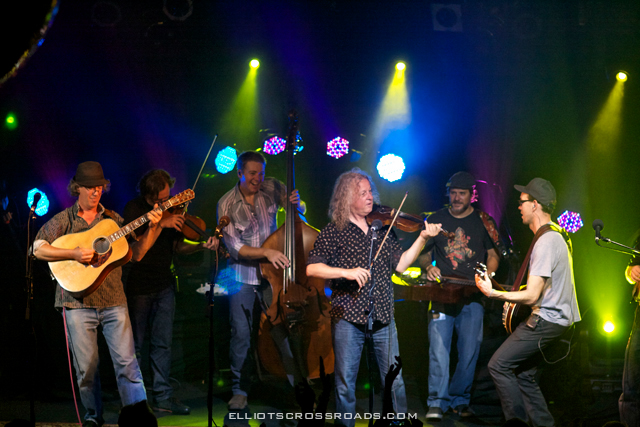 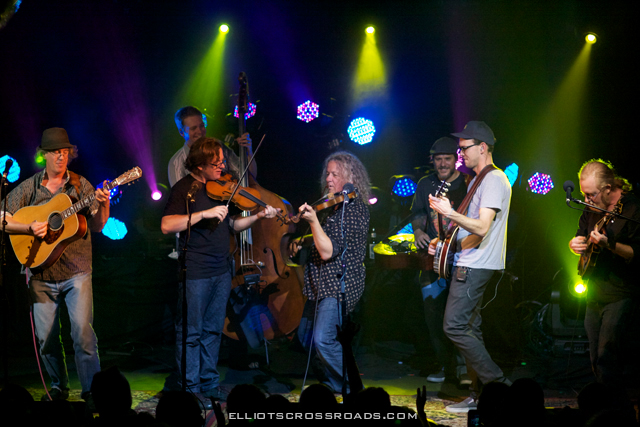 Nothing compares to the smell of a sold-out show at Cervantes.

The Infamous Stringdusters played to a packed house where humidity was high and Friday night fever ever present. Just two days after the devastating flooding along the Front Range, the ‘Dusters announced their Denver show as a benefit to aid in the local relief efforts.

Perhaps a hootenanny, maybe a hoedown, or just a good old-fashioned clusterpluck, the all-string five-piece put on a purposeful show with practiced talent as they held steady through two sets full of covers and originals to appease new and old listeners alike.

The boys opened early with a swinging version of the late JJ Cale’s “After Midnight” and the show goers were quick to let it all hang out. Playing primarily from their 2012 release Silver Sky, songs were greeted warmly by the audience. Guitarist Andy Falco fronted the favorite “Like I Do” as Jeremy Garrett played the fiddle like a mad scientist with the best of intentions. Andy Hall took lead on Dobro and sang his own sweet one “Light and Love” before Garrett gave it to us again on the original “The Hitchhiker.” On stand-up bass was Colorado native Travis Book, whose voice was like an old friend, on the perfectly remade “He’s Gone.” Before the set break, the boys drifted in and out of consciousness with seamless jams of psychedelic bluegrass hinted with far-out sounds from middle world origins to a deep holler homage.

The second set got nasty, real low down and dirty. It was great. A crisp rendition of Dylan’s “Don’t Think Twice, It’s Alright” put me on my knees as I momentarily heard the song in a positive light for the first time in my life.  A simple version of “Cripple Creek” sent the floor twirling. Tim Carbone and his fiddle were welcomed to the stage for a crowd sing-a-long of John Hartford’s beloved “Steam Powered Aereo Plane.” The encore was a new-grass take on the dated new wave number one “Walking On The Moon.”

Song topics of the IRS, time spent by the river, and navigating life that sends lovers head over heels may be reason enough to call the Infamous Stringdusters relatable. The band’s extensive touring schedule may not hurt its popularity either. I had the chance to speak with Book about the band’s creative process and found his mention of collectiveness to be evident as the stage was shared equally among the men. The ‘Dusters’ approach to an ever evolving genre was as refreshing as their sound; well-rounded and left little room for lull.