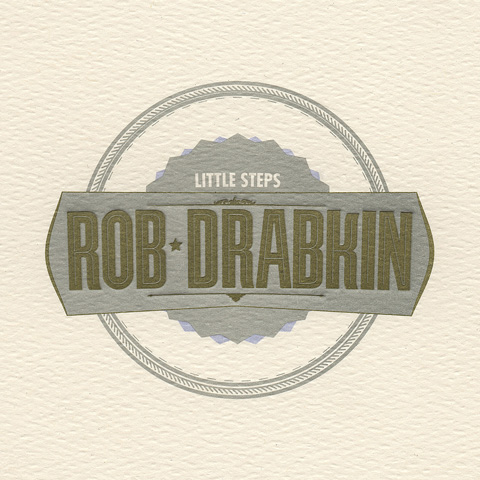 Ever since the Denver native began performing, Rob Drabkin has always had that Triple A Radio sound, that fits fine on KBCO and the like.

But with his latest album Little Steps Drabkin seems to be channeling the kings of Triple A Radio, as his latest effort is chock full of songs that could fit between Dave Matthews Band and Paul Simon plays on the air. Some songs, like “For You I Would Die” and “Little Steps,” are poppy enough to be radio station sing-alongs, but the majority of the album is foundationally structured as singer/songwriter material. Songs like “Hope In a Hopeless World” and “Don’t Worry About Me” (performed with the Colorado Symphony) take the tempo down, while showcasing tremendous emotional depth.

Drabkin has a ton of additional musicians on the album, most notably his father Harry Drabkin, who adds tenor saxophone. That, coupled with the ample other horns and numerous string accents, gives Little Steps some big, full sounds.         — BFJ