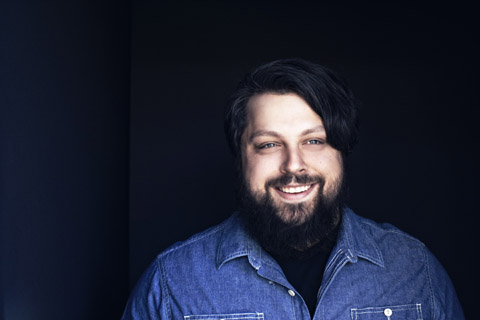 For some, complacency can be a disease of the mind. By creating the illusion of fulfillment and contentment, it tells the mind that wherever it is currently — its static position — is the attainment of personal and philosophical aspirations manifest. Many artists see through the deception and understand it to be a hindrance and roadblock on their journey of creativity. Through risks, good timing and an insatiable creative drive, The Dear Hunter took a preemptive strike against the complacent condition.

For all intents and purposes, Casey Crescenzo is The Dear Hunter. Born from the consciousness of a man raised in a world of music, it’s the personification of his life through the sounds and rhythms of intricate progressive rock that employ nearly every genre imaginable. His first three albums, Act I: The Lake South, The River North, Act II: The Meaning of, and All Things Regarding Ms. Leading, and Act III: Life and Death, are all heavily romanticized representations of his life in the form of a story arc set in the 20th century about a boy, known only in the story as “The Dear Hunter.” Leaving the plotline of the Acts, The Color Spectrum [2011] was a nine EP set of four songs each, formed by the cognitive and emotional response Crescenzo had for each color of the rainbow, as well as black and white.

His latest work Migrant once again bucks the preconceptions and anticipations of critics and fans alike. Written entirely on piano, Crescenzo left the guitar on its stand and attacked the project as a composer, inspired by his The Color Spectrum Live performance from last year with a string quartet. Now he plans to bring the string quartet back for the second headlining tour in support of Migrant. “After doing our first full headlining tour for this record, we wanted to go back out and do another headlining tour, but with something different. And that’s when I snuck in the idea of the strings,” Crescenzo said in a recent interview with The Marquee. “I think our music has always been pretty orchestrated and strings have always been a good part of it. And once I did the Color Spectrum show, I knew I really wanted to do it all over the country, and this time it was like, ‘If you build it, they will come.’ And now it’s all working out.”

Moving into the world of composing and symphonic orchestration has always been a dream of Crescenzo’s. While he was raised with as much instrumentation as anything else, he lacked the traditional means of reading, notating and understanding the technical aspects of music. Moving forward in spite of his limitations, Crescenzo’s creative journey continues to evolve. “As I started arranging strings for the show, I made it very clear that I really didn’t know what I was doing,” he said. “It was definitely daunting and at the same time it was very exciting to learn. It was all very inspiring. And that’s how I approach every time I have the pleasure to work with classically trained musicians.”

­­Migrant is a departure from the diverse feel of the Acts and Color Spectrum sounds and embodies a more honest, personal take on this moment in his life. “Every feeling I had led me to the desire not to be pigeonholed to a specific style. And the Act records — while they were eclectic — were almost getting to feel like they were predetermined. Their style is very specific and needs to be for what it is. But I wanted to do something that was honest at the moment,” he said.

The result is a culmination of beautiful, melodic harmonies and orchestrated arrangements that leave behind any overarching plot for the desire to create a work completely and utterly honest; a selfish, personal look inward to defeat the monotony of what was expected. “There were so many firsts. To find new feelings and to chance upon things that make it fresh, finding new places in my voice, there was just so much that was new for me that was so rewarding,” he said.

The Dear Hunter will bring their orchestrated flair to the Riot Fest outside of Denver this month. Looking to showcase a healthy dose of their discography with the accompaniment of the strings, they hope to bring a cultured aura to the punk and rock festival. “We never get a chance to do festivals, so this lined up perfectly that we’re doing this tour with the strings,” Crescenzo said. “There’s this really good opportunity to show all these people who we are who’ve never heard of us. So we just thought, let’s bring the string quartet out with us and overwhelm them. That’s the approach, let’s overwhelm people.”

• The Sound of Animals Fighting