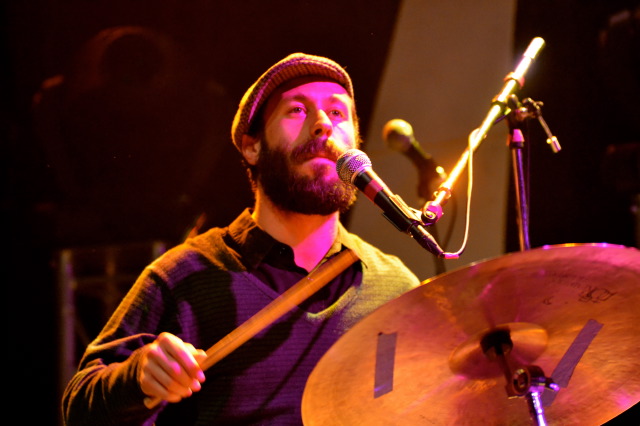 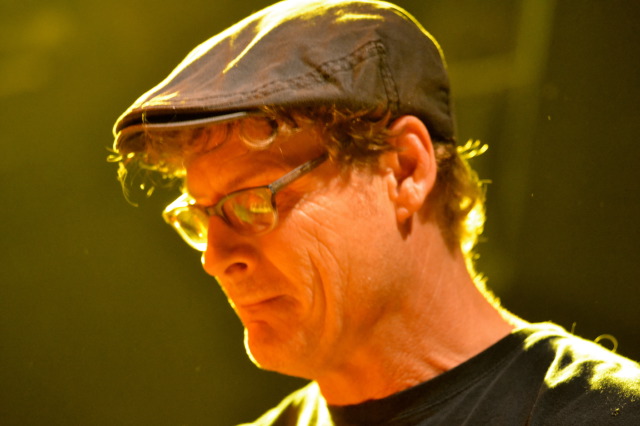 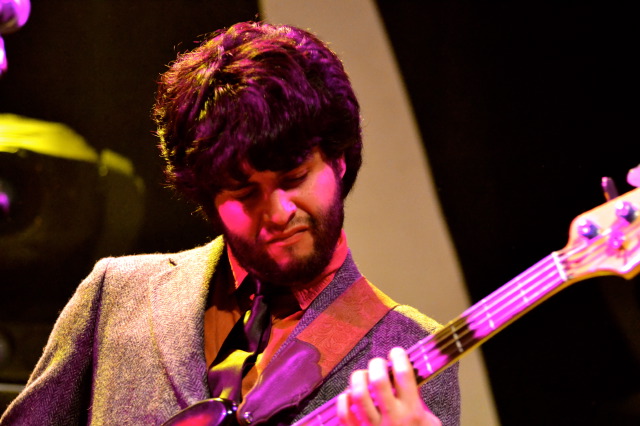 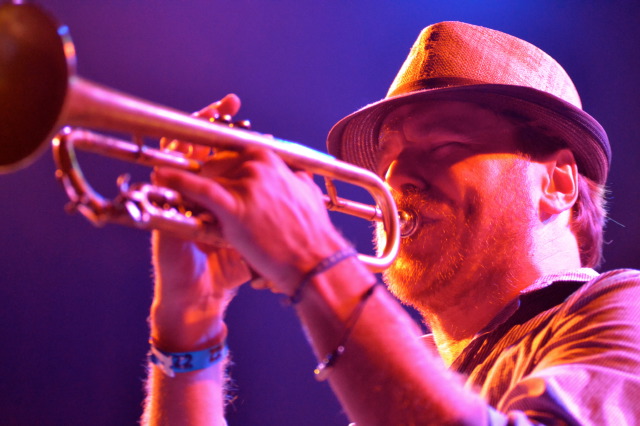 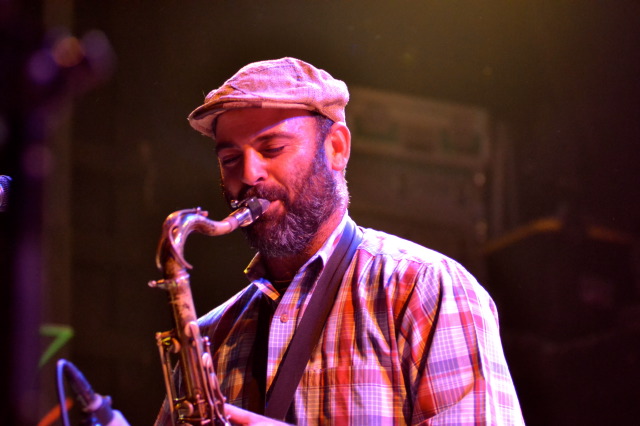 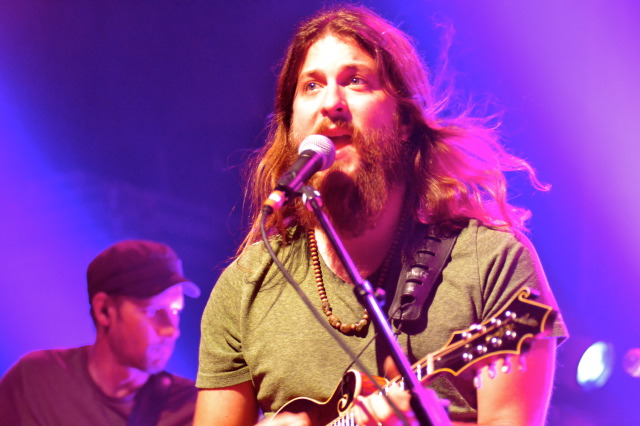 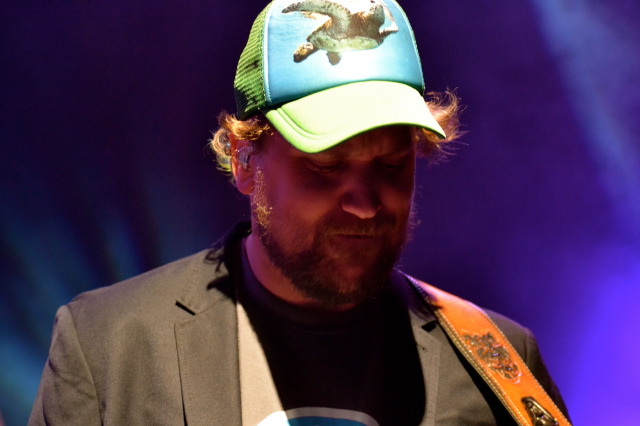 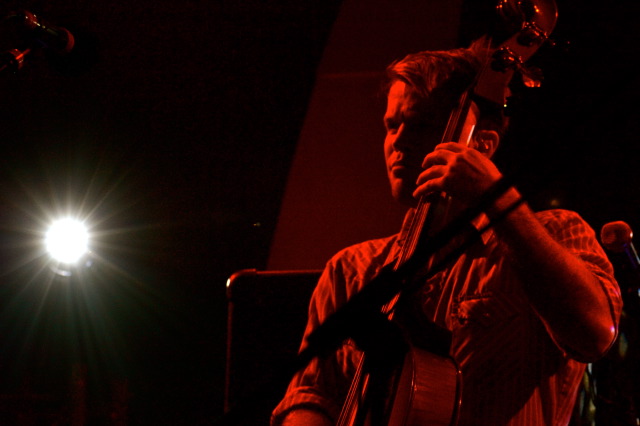 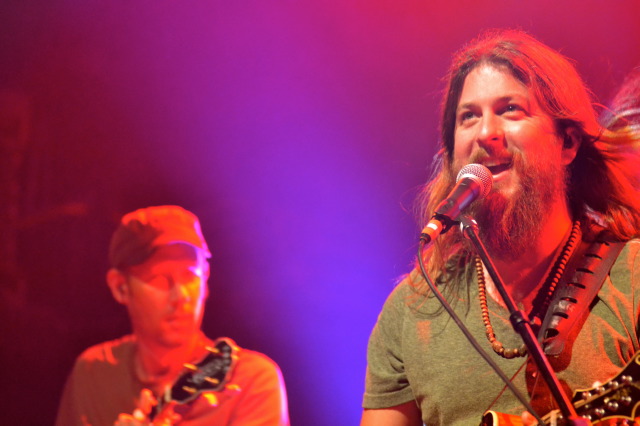 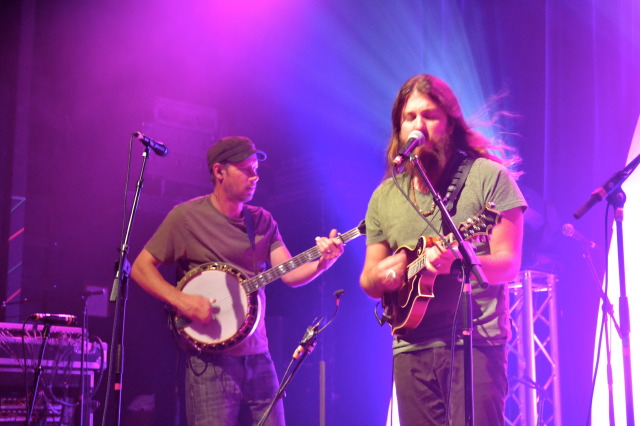 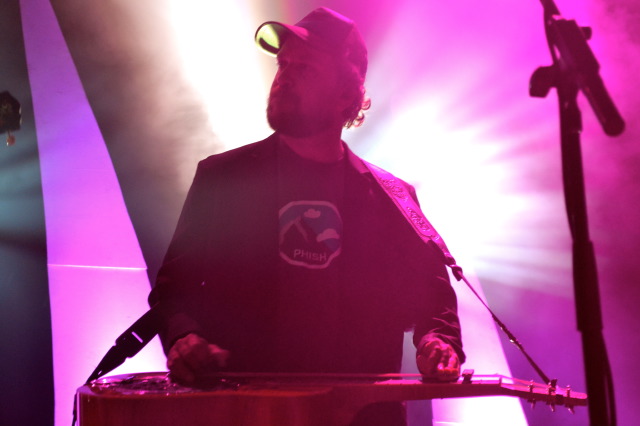 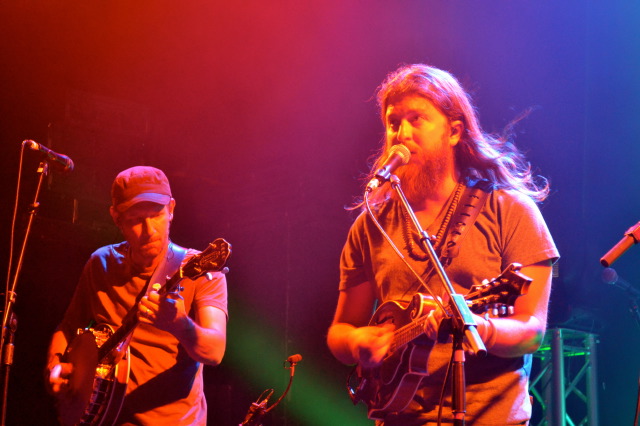 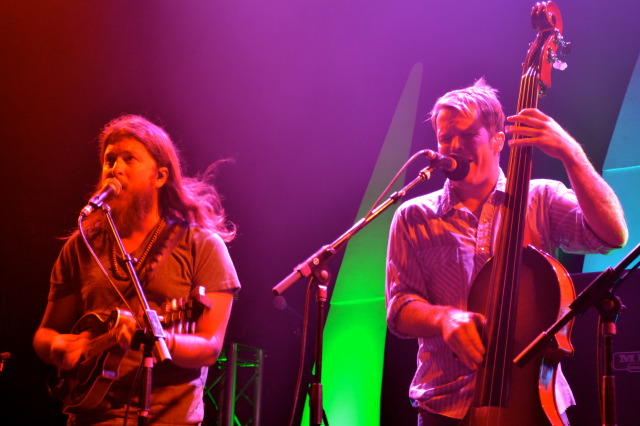 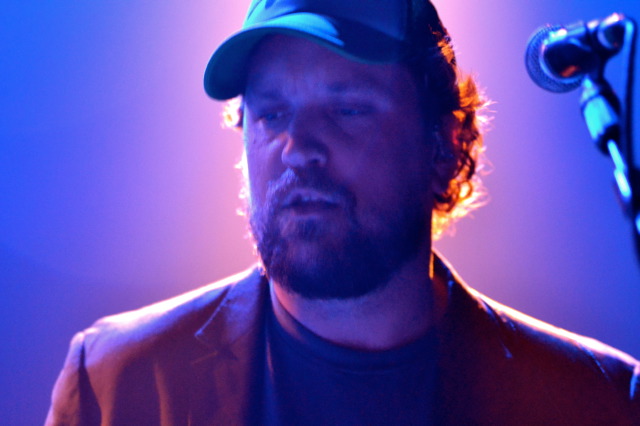 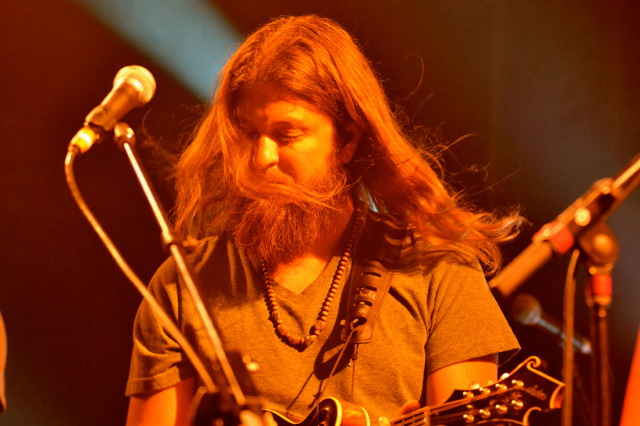 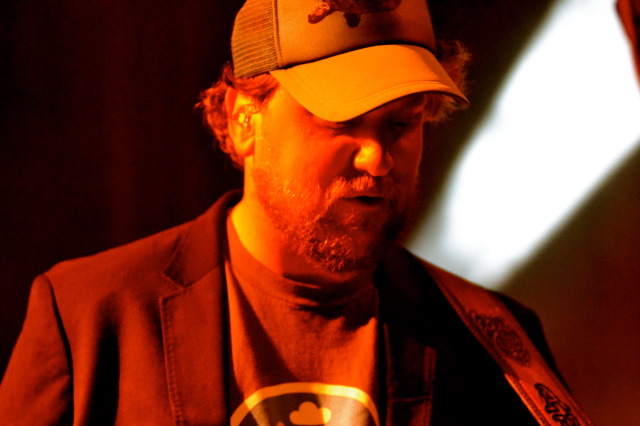 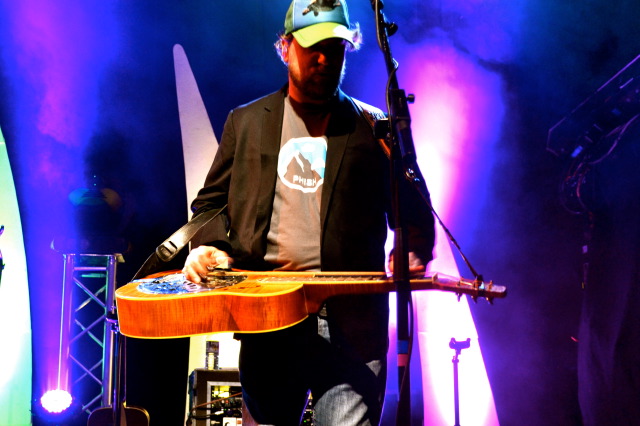 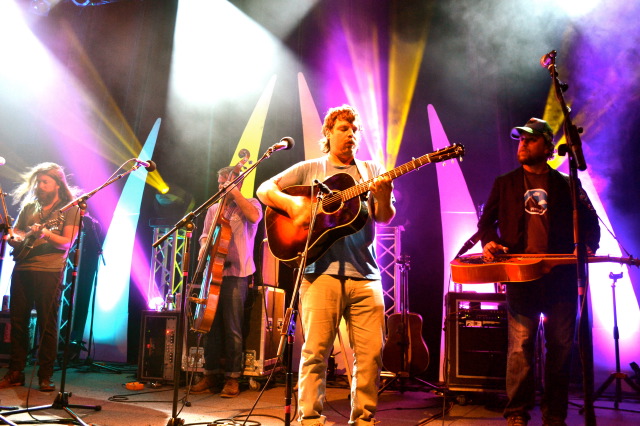 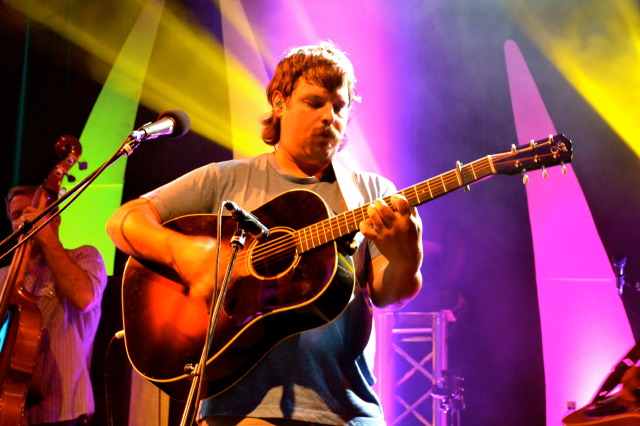 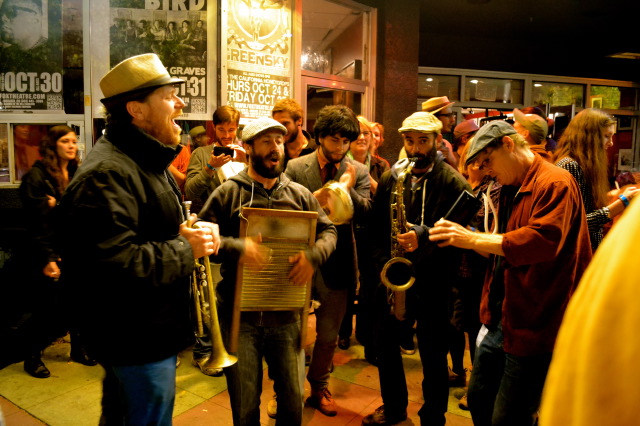 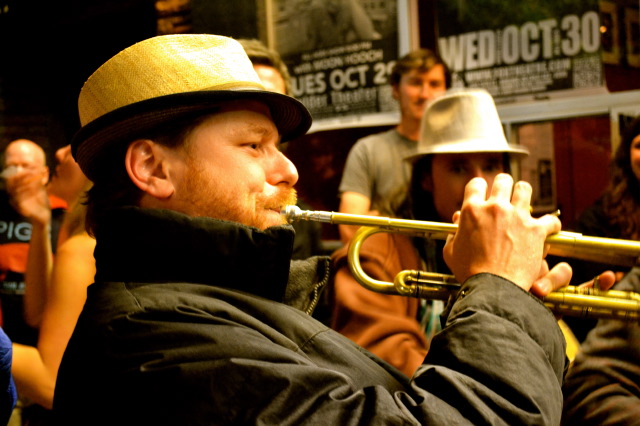 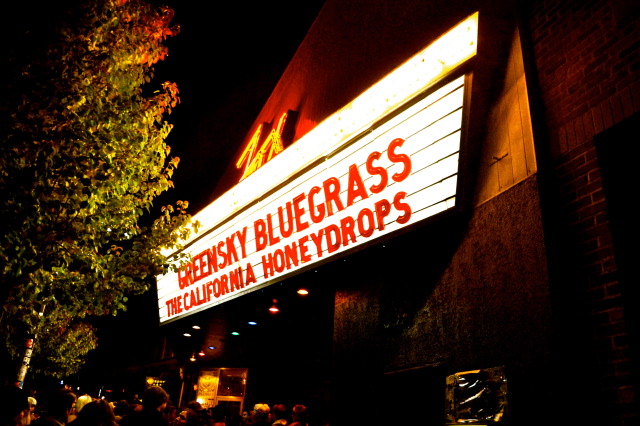 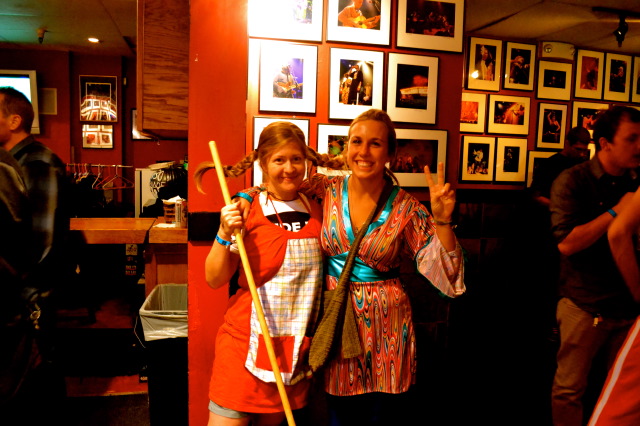 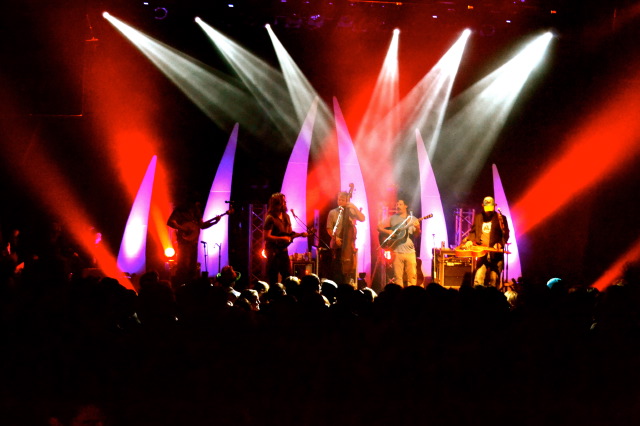 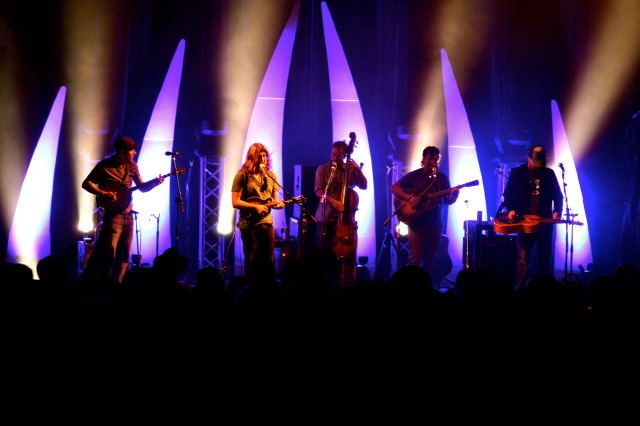 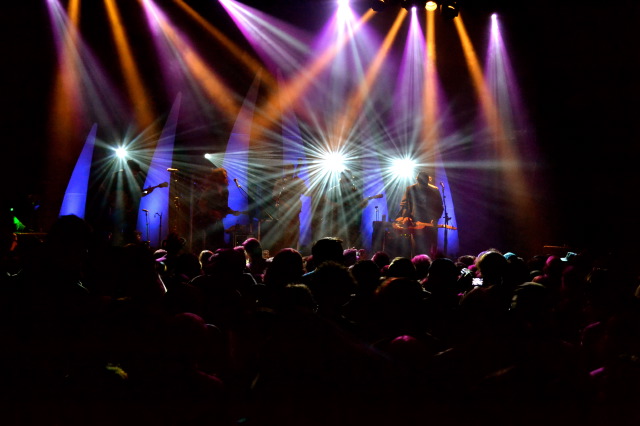 Photos and review by Brad Yeakel

As I approached the Fox Theatre, the line was substantial. I grabbed my credentials and found my way inside so I could stake out a good location. While I’ve seen my share of openers, this opening band seemed to have a buzz going. Given, it was a sold-out Greensky Bluegrass show, but people seemed to be talking about the California Honeydrops everywhere I went. One guy told me that Anders Beck had said he’d personally refund the price of admission for anyone who didn’t have a good time with the Honeydrops. Soon I found out why. Right out of the gate the lead singer, Lech Wierzynski, unveiled his soulful sounds. His vocal range and tonal quality were a rare find in a “jamband” setting. Not that the Honeydrops were a jamband. Though they did jam. Wierzynski’s vocals and guitar playing were rivaled only by his trumpet playing which was subtle, nuanced, controlled and refined. I was beyond impressed. His band of merry music makers was also quite skilled. From funkafied sax grooves to dirty bass bombs, the band had an energetic flair that was balanced against some legitimate jazz compositions. They were truly an extraordinary surprise.

When the time came, Greensky took the stage and launched into some of the most inspired, fun, boundless newgrass I’ve ever heard. Paul Hoffman started things off on mandolin and vocals. When the band joined in at the first break, I knew I was in for an entertaining evening. As a music-obsessed lunatic, I’ve seen a lot of players in my day, and this band had it all from interesting lyrics, themes and picking to their harmonies with balance and texture. Greensky had more to offer than the average bluegrass band.

When there’s someone like Anders Beck in the band, it’s hard to begin anywhere else. His dobro playing has been revered by Greensky fans all along, and the Fox was no different. From the edge of the stage, I enjoyed watching him pick various lines and his face lit up just like ours when he played a particularly nasty phrase. His style was unique but grounded in a lot of the fundamental slide guitar I’ve heard before.

Hoffman’s vocals were earthy, familiar, friendly and easy on the ears. His mandolin playing was a few licks shy of Jeff Austin’s ADHD onslaught, but was among the most energetic, funky bluegrass playing I’ve seen. It wasn’t necessarily Ronnie McCoury, but I’ve always preferred the newgrass style of Yonder to the traditional bluegrass of bands like Hot Buttered Rum. In that regard, Greensky was right up my alley.

Dave Bruzza seemed to take the secondary vocalist role, leading several of the songs Hoffman did not. His vocals were also enjoyable, and his guitar playing worked well with the stand up bass of Mike Devol to drive their songs forward. Bruzza’s picking and Michael Bont’s banjo playing were stellar as the band ripped through originals and covers including “Dancing in the Dark,” “Could You Be Loved” and Dawes’ hit “When My Time Comes.” The only thing that could have made it any better was if the California Honeydrops had played acoustic outside during set break… which they did.