Trending Stories from The Marquee
You are at:Home»Lindsay Allen»REVIEW: The Neighbourhood at the Ogden Theatre 10/25/13
By Marquee Magazine on October 31, 2013 Lindsay Allen, Live, Live Reviews 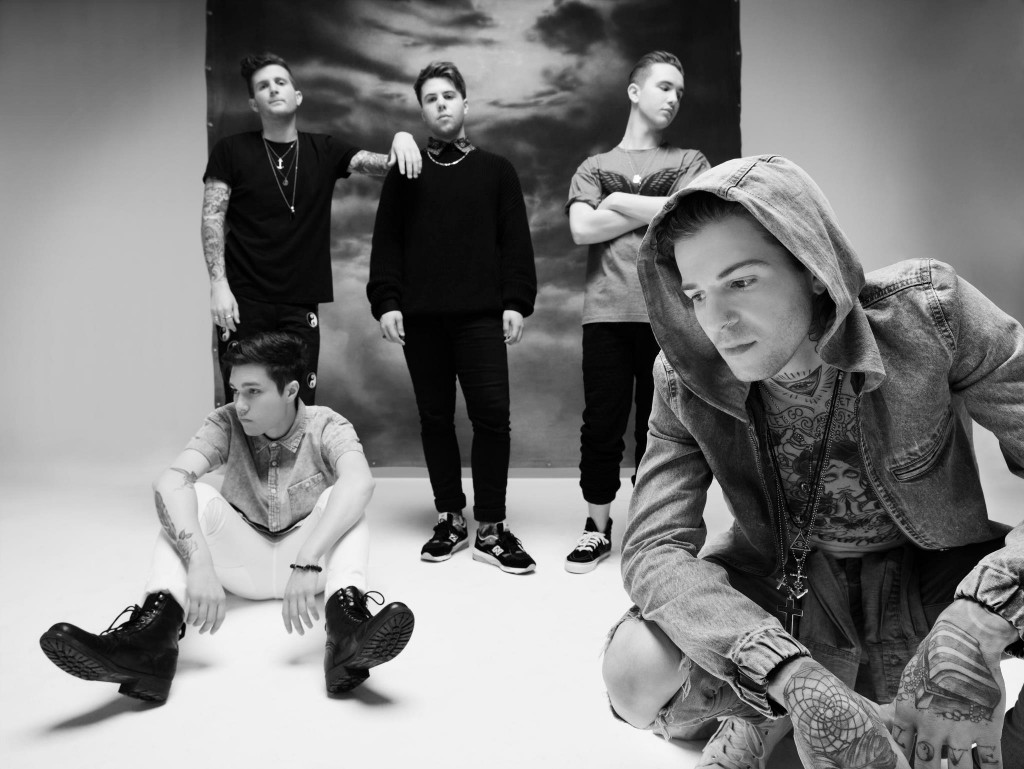 For being a chilly October night, the line stretching around the corner of the Ogden was filled almost unanimously with little high-waisted shorts, rather than sweaters, regardless of the fact that it clearly was “sweater weather.”

Once inside, the crowd was treated to an opening set by the ‘not in Kansas anymore’ imagery that accompanied the one-man show Ghost Loft (Danny Choi) and his indie electric performance.

Second on the bill, Lee Newell (vocals of Viva Brother), Ally Young (of Mirrors), Frank Colucci (Viva Brother) and Sam Jackson (Viva Brother) of UK/LA synth-pop group Lovelife opened for The Neighbourhood to promote their third EP, Stateless, on Neon Gold Records. While they have a strong collection that can stand on it’s own, Lovelife has done many remixes as well, including “Burn” by Ellie Goulding, “Miss Atomic Bomb” by The Killers, “Lessons in Love” by Neon Trees, “It’s Time” by Imagine Dragons, “One More Night” by Maroon 5 and many more.

Lovelife put on an astounding performance; their aura matched the NBHD’s vibe hauntingly well and set the perfect stage for the headliners. Lee Newell’s performance left nothing to be desired, his voice was astoundingly clean and his dialogue with the crowd had everyone elated with simplistic questions like “Denver can you dance?” (note: English accent) and stating multiple times, “This feels good!” he kept the crowd’s attention. Lovelife’s set closed with “Dying to Start Again” and the crowd sang along just as loudly as if it were “Sweater Weather.” It was clear that Lovelife wasn’t just another opening band in the eyes of this crowd.

I thought I was disappointed that NBHD would be playing for less than two hours despite having plenty in their catalog to fill the time, still, they did manage to perform a huge amount of their songs, “How” and “WDYWFM” rocking exceptionally hard and closing “Afraid” by repeatedly singing “You’re too mean, I don’t like you…” and leaving the remainder of the lyrics to the audience to chant- “Fuck you anyways.” By the end of the NBHD performance I was efficiently deafened and in a state of euphoria.

The most shocking aspect of the entire show was The Neighbourhood’s flawless rendition of “Say My Name” by Destiny’s Child. “Say My Name” was certainly the last song anyone expected to hear half way through the set. It was performed so well that it felt like one of their original hits that they’ve played a million times. They absolutely made it their own.

The fog surrounding the stage throughout the show became so thick at times that The Neighbourhood nearly got their wish of being in black and white even while performing live. The spotlights were void of color particularly during “Sweater Weather” coupled with the band member’s attire which fed into the idea of course — Rutherford, clad in his plain white T-shirt and black jeans and other band members wearing similar street captivated the anonymity that the band has been striving for throughout their last 2 years of fame. Guitarists Jeremy Freedman and Zach Abels, bassist Mikey Margott, and drummer Bryan Sammis even appeared to fade into the backdrop throughout the night nonetheless, The Neighbourhood’s simplistic yet vivid lyrics and talent vastly exceeds the confines of black and white.