The Marquee’s picks for
Top 10 Colorado albums of 2013

Narrowing down the Top 10 Albums Of The Year in Colorado is a difficult enough undertaking, as is, and considering the albums span multiple genres, The Marquee thinks it’s unnecessary, as well as unfair and kind of silly, to then rank these albums in order of significance. So, in no particular order, we present our choices for the Top 10 Colorado Albums of the Year. (Click on the album artwork to be directed to where you can hear at least some of each selection). 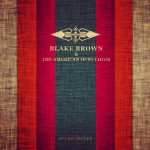 Blake Brown and the American Dust Choir We Believers – Independent

For those who are still bitching about Whiskeytown and The Cardinals being defunct, enter Blake Brown. The debut EP is filled with songs that Brown wrote on an acoustic guitar, but the magic of the album lies in the coupling of those tracks with his all-star support The American Dust Choir, which gives the already sophisticated songs massive depth and range. 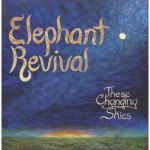 The fourth full-length from modern folksters Elephant Revival is a hauntingly gorgeous masterpiece for the group that gives each member of the band repeated moments to shine as musicians and songwriters. Gone are their bluegrassy arrangements from their early days, replaced instead by lush harmonies, brilliant lyricism and impeccable playing. 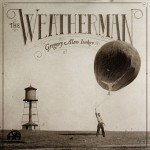 Gregory Alan Isakov’s follow-up to his critically lauded This Empty Northern Hemisphere is sparse and raw, but held tightly together by highly creative phrasing — both musically and lyrically. Despite the openness of the tunes, Isakov and his bandmates manage to find a subtle ocean of sound that is deep, lush, and brilliantly colored. 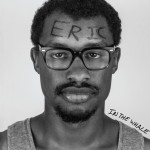 In the Whale Eric – Independent

Denver’s In The Whale packs more rock swagger into their three-song vinyl 7” than many band’s entire boxed sets, and they do all of that as a duo. The group has toned down their overtly sexual lyrics on this release, but it doesn’t matter, In The Whale could sing about insurance and it’d still be gritty and sexy. 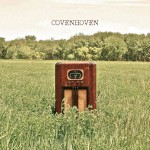 Eloquent and sentimental, Covenhoven is the work of Joel Van Horne, who wrote, recorded and, except for a few strings, played every part of his rich debut solo album. Written about and named for the family’s cabin in Wyoming, the album is a beautiful piece about a beautiful place, to which Van Horne lovingly narrates the tale. 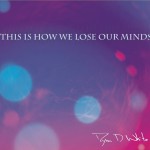 Ryan D. White This is How We Lose Our Minds – Independent

In a homage to his son, Striker, who was born and passed away the same day in June, 2010, Boulder artist Ryan D. White didn’t go with the obvious sad, singer/songwriter fare. Instead, he wrote a dignified and reverent rock album that was filled with wonderful lyricism and a sound somewhere between Son Volt and Spiritualized. 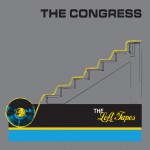 The Congress The Loft Tapes – Independent

Placing an EP of cover tunes among a list of original releases was a tough call, but Denver’s The Congress did such an impeccable job tackling these soul classics that it couldn’t be ignored. Recorded on vintage gear in a temple in Berthoud, the band tears through seven epic tracks with downright moving results. 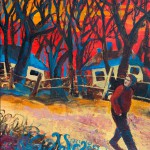 Denver’s Rowboat blends poetic lyrics with climactic post-rock-like crescendos on their debut Of Disappearing, to produce uplifting depression music — Prozac rock, if you will. The coming-of-age album, which tackles getting older and the changes that brings in life, is at once graceful and powerful, restrained and soaring. 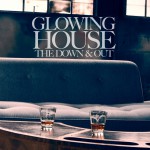 Glowing House The Down & Out – Independent

Husband and wife team Steve Varney (who plays guitar with Gregory Alan Isakov’s band) and Jess Parsons pack a full-length worth of heart into an EP that runs just shy of 20 minutes. The post-modern folk release is overflowing with phenomenal harmonies and sing-along choruses, meant to be enjoyed as a “commute-length” EP. 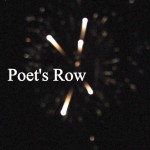 Poet’s Row is an absolutely gorgeous indie-folk album that focuses on the vocal exchange between Emily Hobbs and Mickey Bakas. Two years in the making, the recording, which has acoustic guitar, subtle amounts of bass and an occasional fiddle, leaves everything resting on the group’s solid lyrics and harmonies.