Trending Stories from The Marquee
You are at:Home»Live»Review: Mike Doughty at the Boulder Theater 10/29/2013
By Marquee Magazine on November 4, 2013 Live, Live Reviews, Reviews 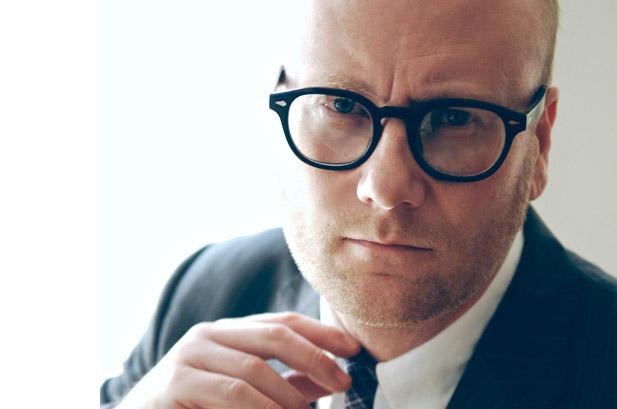 If you only know Mike Doughty as a solo artist, Boulder Theater’s show was your chance to discover the music that marked the early years of his career. During the 1990s, Doughty fronted Soul Coughing, a highly-regarded band blending dissonant, avant-garde music with Doughty’s edgy lyrics.

At their best, Soul Coughing was the perfect platform to showcase Doughty, who had emerged as a brilliant modern day beat poet. However, the band also brought out the worst in Doughty, fueling a very dark time in his life where he struggled with drug addiction.

After splitting with the band and getting sober, Doughty left this music behind him. In fact, he often reacted with vitriol when fans in the audience called for their favorite Soul Coughing songs. But recently, he has delved back into the Soul Coughing catalog for the first time in years.

As a long time Soul Coughing fan, it was great to hear Doughty play these songs for the first time. This was a very different show than what I’ve come to expect from him as a solo artist. It was light on the witty banter that typically flows between his songs. Instead, Doughty drove the mood and flow of the night strictly through the music.

While most of the songs were revamped considerably, they came across as genuine reinterpretations which maintained the integrity of the original music. This was partly due to the heavy reliance on a sampler and the use of an upright bass. But it was also very clear that Doughty was finally getting to play these songs the way he thought they should sound, and he seemed deeply engrossed in the music all night long.

The show actually started with a few fairly faithful recreations of songs from the album Ruby Vroom. “Is Chicago, Is Not Chicago” and “Sugar Free Jazz” felt eerily similar to the originals, and he then launched into a version of “Bus to Beelzebub” that while a bit more laid back than the original, made use of many of the same samples.

This show was a return to Doughty’s beat poet roots, and many of the best moments came on songs that allowed him to settle into an expressive delivery of his poetic lyrics. This was particularly powerful during a three song stretch where the rest of the band left the stage. Doughty used the sampler to create a dark, textured backdrop for “Screenwriter’s Blues,” “Uh, Zoom Zip” and “Mr. Bitterness.”

Other highlights which channeled the beat poet vibe were “How Many Cans” and “Super Bon Bon.” Both of these songs were noticeably different than the originals, but the music complemented Doughty’s vocals perfectly. My favorite moment of the night was a haunting “True Dreams of Wichita.”

Overall, it was an excellent night of music that delivered for the hardcore Soul Coughing faithful and allowed fans of Doughty’s solo music to better understand this era of his career.

Only time will tell if this tour is a purging/closure moment for Doughty or a reconnection/fresh start. Hopefully, these songs will remain in his repertoire for years to come, since they showcase some of his greatest moments as a lyricist. But if this tour is more of an attempt for Doughty to come to peace with the music of Soul Coughing before putting it to rest forever, then I’m truly grateful I got to experience it in person at least once.