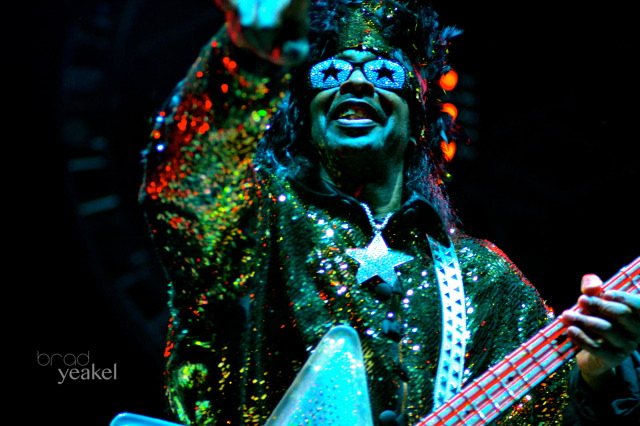 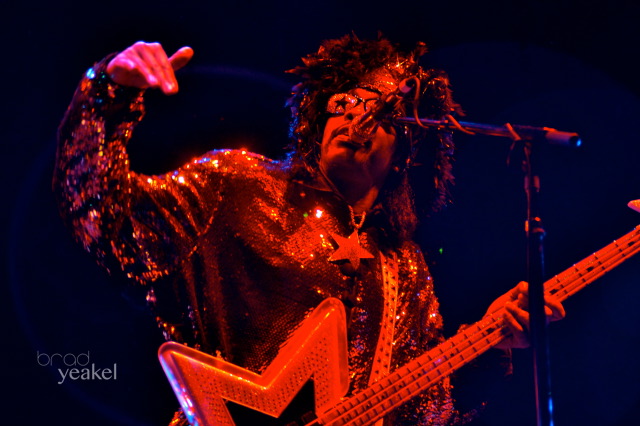 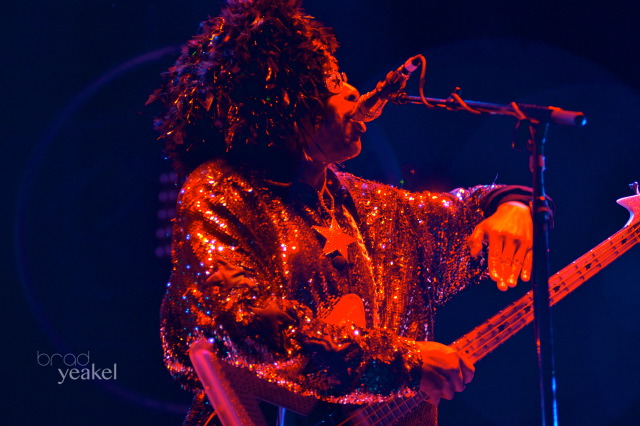 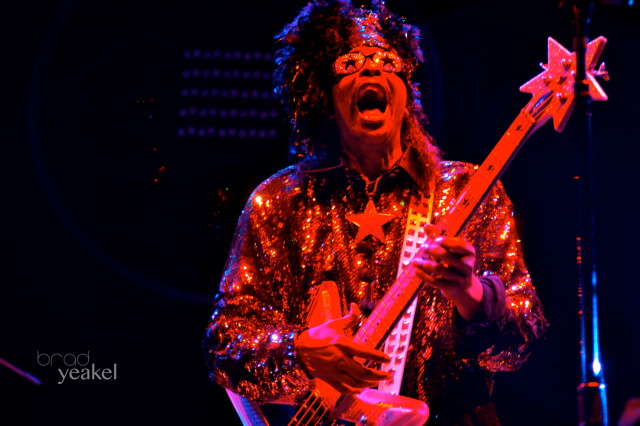 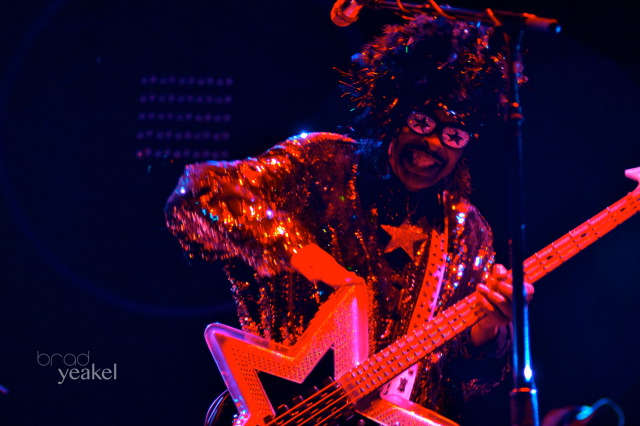 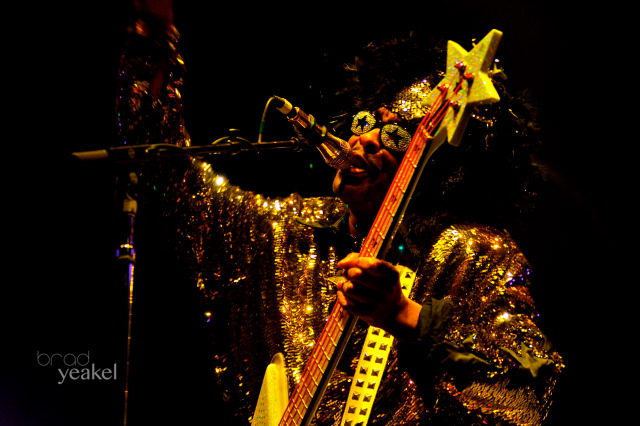 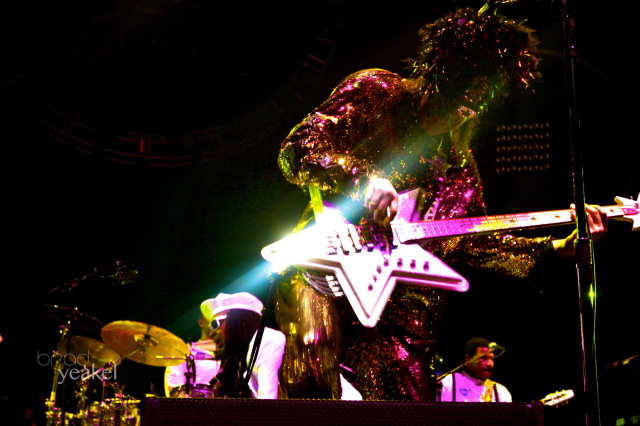 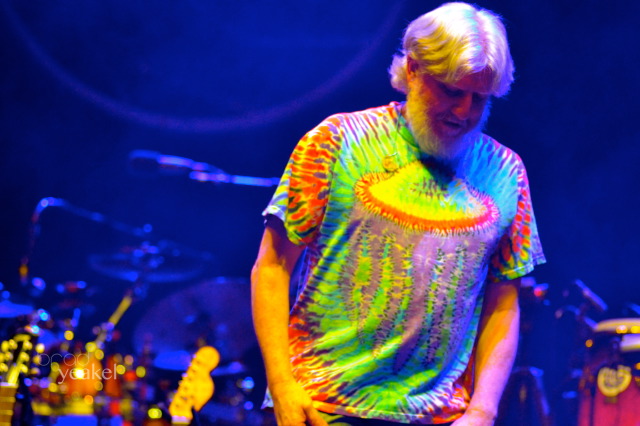 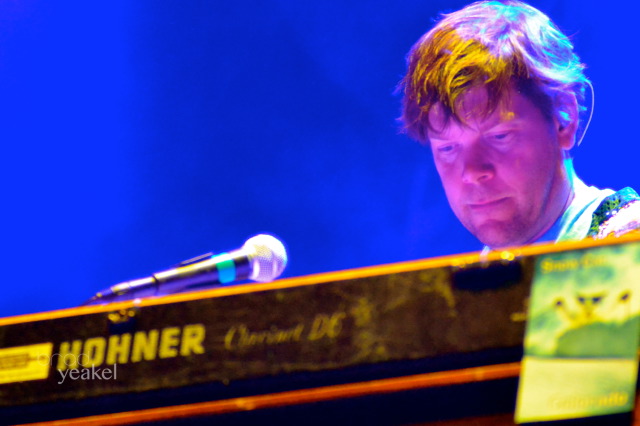 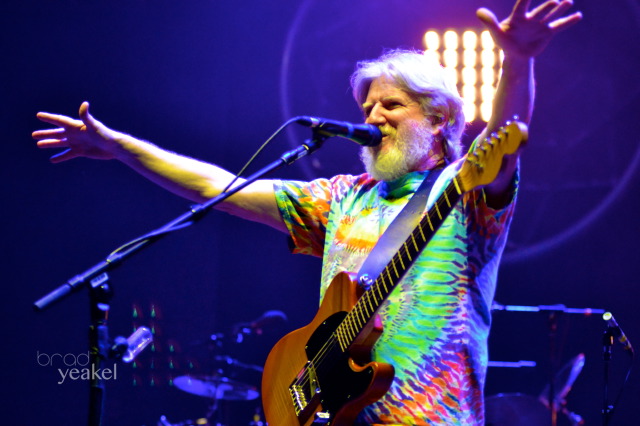 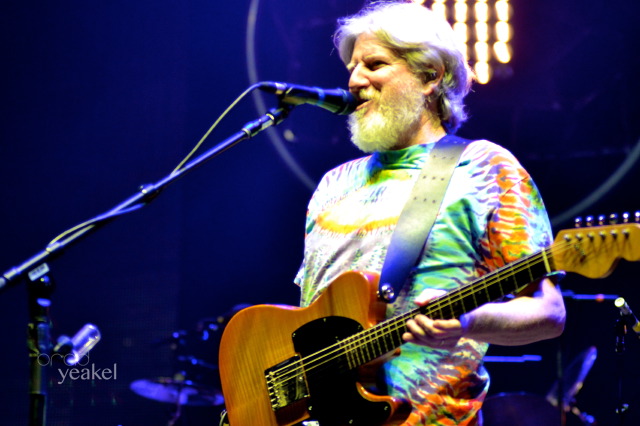 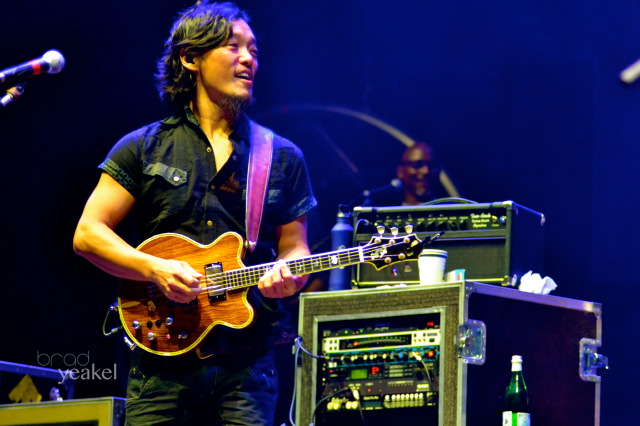 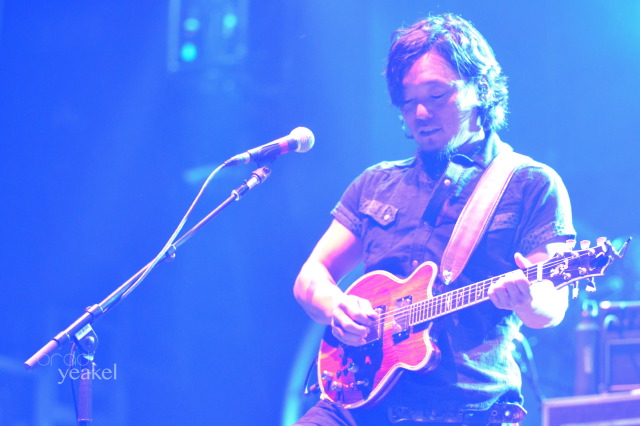 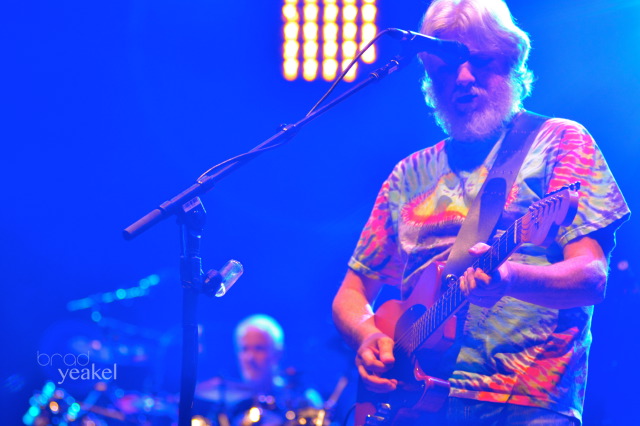 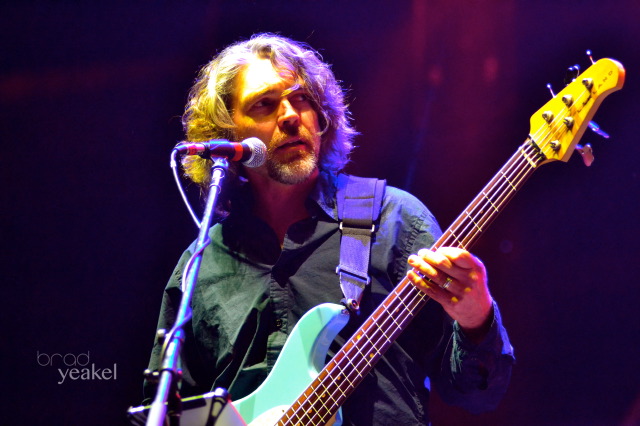 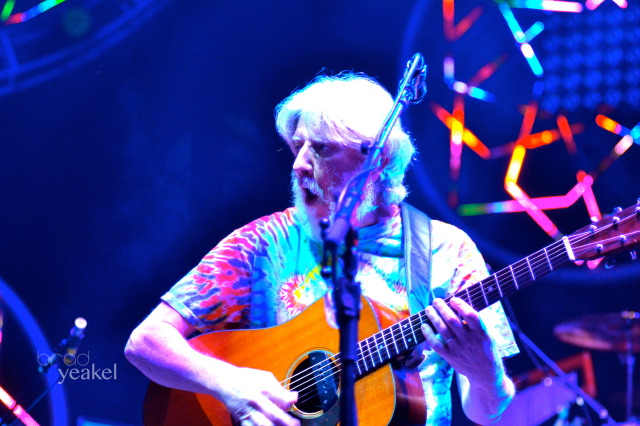 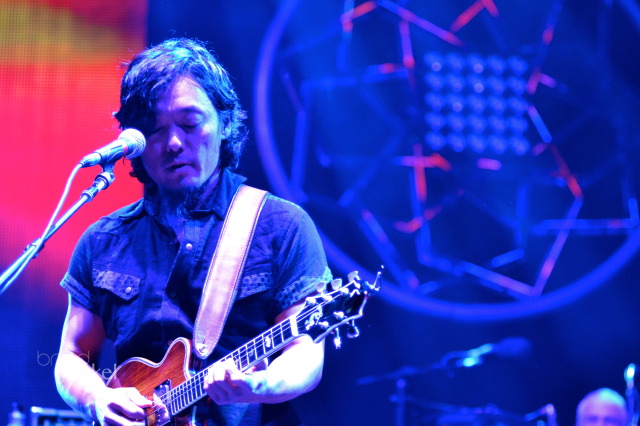 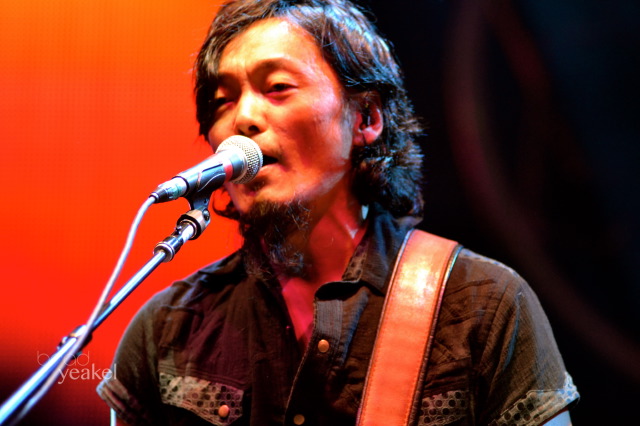 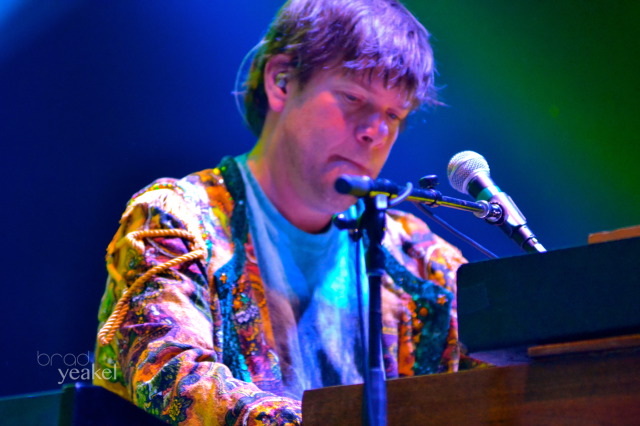 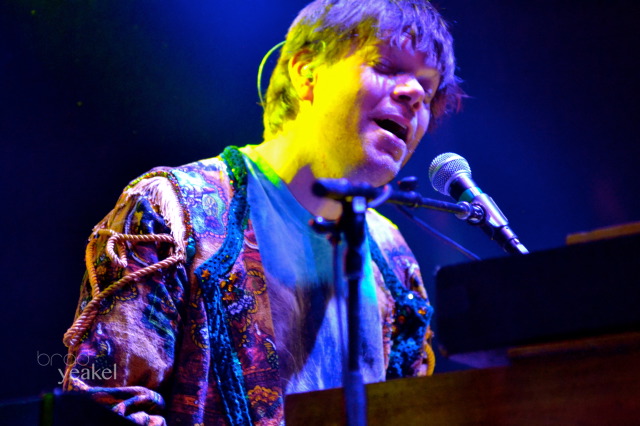 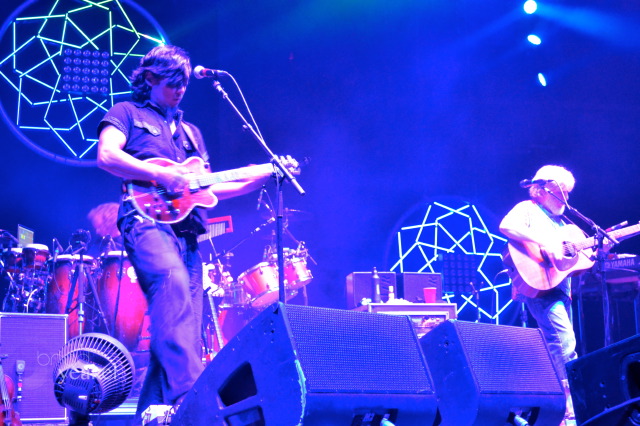 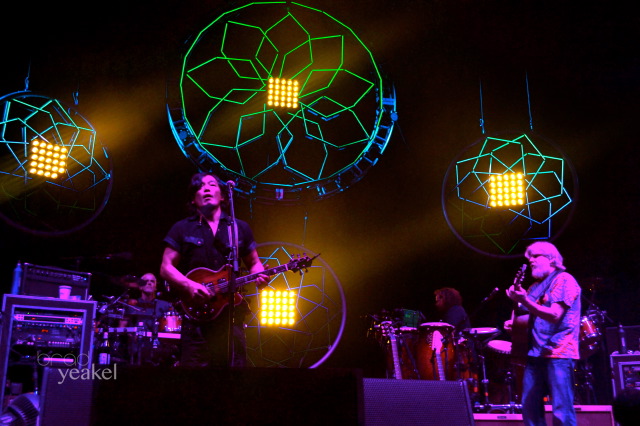 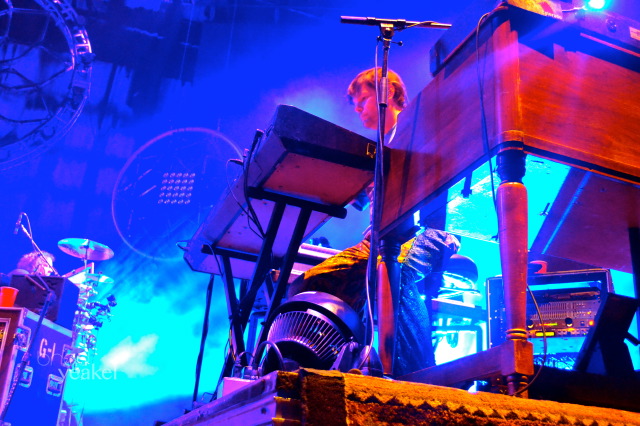 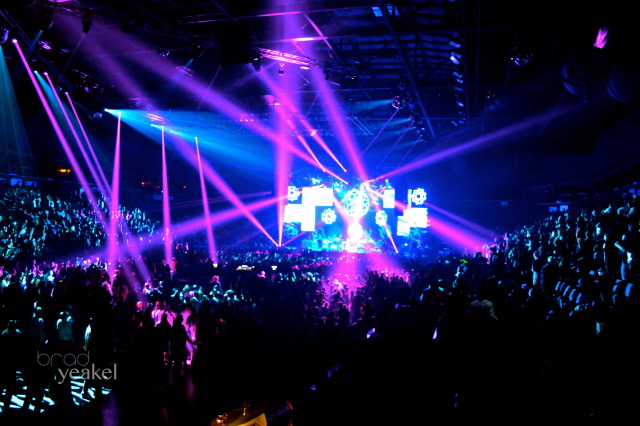 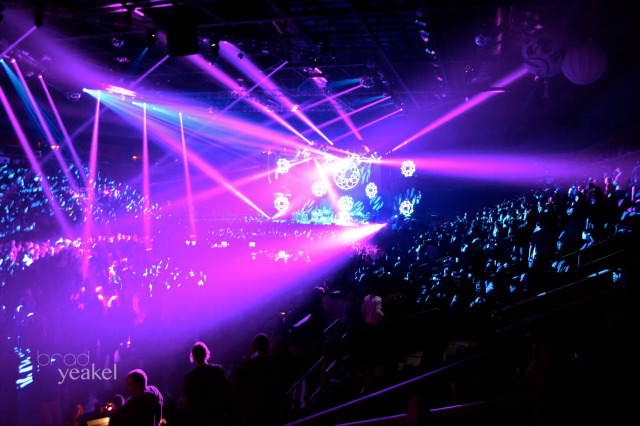 With great anticipation I was led into the pit to photograph a funk icon… Bootsy Collins. As a notable personality from the PFunk family, I knew I could expect glitter, starry sunglasses, and animated theatrics. From beginning to end, their set was an explosive funk review touching on Bootsy’s solo work as well as his time with PFunk. His bass playing was riveting, alternately laying down the funky grooves and shredding bass solos that rivaled guitar work I’ve seen. Bootsy’s glittery wardrobe matched the Cheese’s penchant for psychedelic bling. Overall, it was an excellent choice to kick off three days of celebrating.

When the Cheese hit the stage they acknowledged the 20 year anniversary and started things off with “Sgt. Pepper’s Lonely Hearts Club Band> A Little Help From My Friends> Just One Story.”  The playing was tight out of the gate, and the “Little Hands> Dudley’s Kitchen” were nice song choices. “Yo Se” brought the Latin flavor and provided a mellow vehicle to get the crowd grooving.  Next came “Rain.” I have never loved the song, but will admit that I’ve seen great versions.  This particular time I felt the song was stale, flat, and uninspired. “Black and White” helped inject some energy back in the room, and the first set closer of Stevie Wonder’s “I Wish” was well played and well received. At set break I reflected on the first set, and decided it wasn’t bad, but it wasn’t great. I hoped they were just getting warmed up.

Second set opened with “Can’t Wait Another Day,” and gave us a taste of the calypso, island vibe that was once a signature of their sound. “Jellyfish> Rollover” were pleasant surprises. I was happy to see them play them the first night and defy many NYE expectations. While the “Jellyfish” held its own (partially due to The Tiny Universe Horns featuring Karl Denson), I felt the “Rollover” was average at best. The band tried desperately to keep the jam from falling apart all together. It was like you could see the production’s vision, but the music was slightly off course and seemed to meander without direction. The next song, “Struggling Angel” was a set-killer in my opinion. Since the song was written for a fallen friend of the band, I have some level of appreciation for it, but musically it ranks among my least favorite Cheese songs. “Looking Glass” followed and was also a bit lackluster, but when the jam led to “Dirk”, the energy resumed. The transition into “Jungle Boogie” was great. They let Denson and company throw down for a bit, and then segued back into “Dirk” to close the set. While I waited for the Cheese to encore, I wondered if the entire weekend was going to be lacking.

When the band returned, they took us on a little trip down memory lane as Billy played “Down a River” alone. Then the original foursome (Billy, Kang, Keith, and Travis) played “Lester Had a Coconut,” which was far and away my personal favorite part of the show. It was inspired, well executed, and reminded me of who this band was when I first started listening. For “Round the Wheel,” they added Kyle back in to the mix, and eventually had Hann join in as well. The encore had sort of a “String Cheese Revue” feel as they laid the foundation bare before layering in the stylistic changes that have occurred throughout their 20 year career.

On the whole I was not impressed. The bad points in the show were as poor as I’ve ever heard, and while the show did have some redeeming moments, I’d rank it as one of my least favorite Cheese shows I’ve seen.

When I reflect on my days seeing Cheese, it’s like looking back on an amazing friendship. Sure, we have gotten older, our priorities have changed. We have slowed down a step or two. We have matured. To some extent, we have grown apart. But that hasn’t changed the fact that it has been an amazing friendship that has spawned some of the greatest memories of my life. I left the show thankful for my history with such an amazing band, and looked forward to another two nights celebrating 20 years of The Queso.