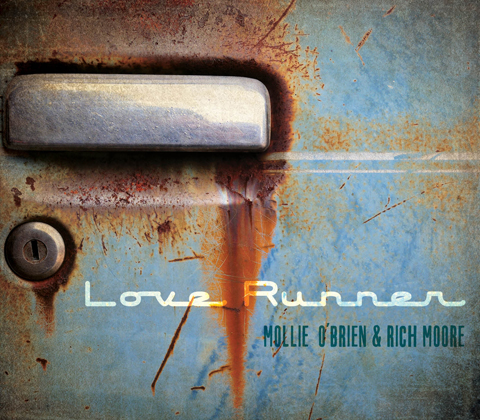 Grammy Award winner Mollie O’Brien and her husband Rich Moore have been mining. With hard hats and wheat lamps the duo has been digging through the American song book, and their new release Love Runner is the final result of the crafts that they made with the gems they uncovered.

O’Brien and Moore dug out material by Tom Paxton, Robin and Linda Williams, Hal Cannon, Dave Van Ronk, and Randy Newman, among others, and re-arranged the pieces to superbly highlight O’Brien’s soaring vocals. In addition to the cover material, the duo also put forth three original compositions — the title track, which is an unabashed invitation for some love in the car, the autobiographical swing-like “Went Back Home,” and a powerhouse turn at the traditional gospel song, “Don’t Let The Devil Ride.”