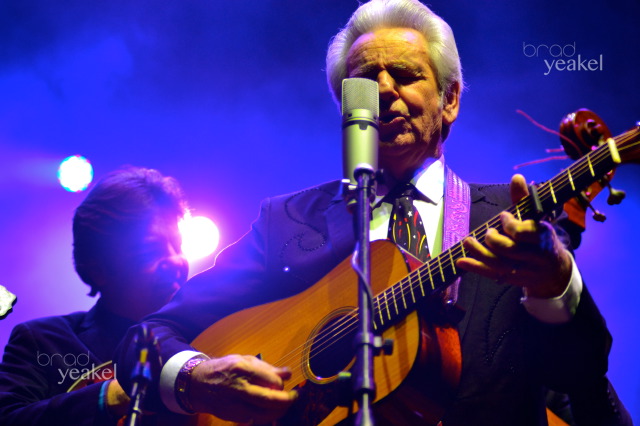 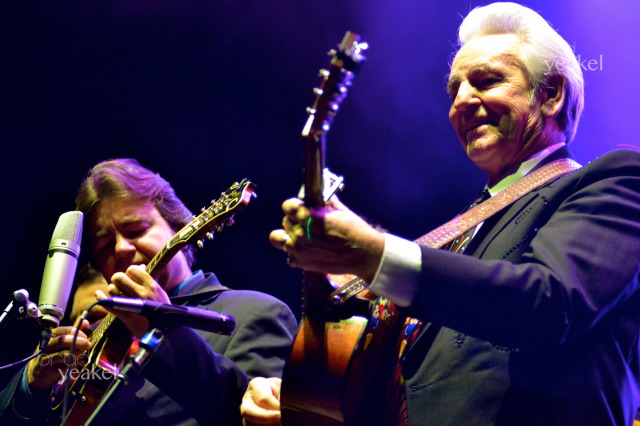 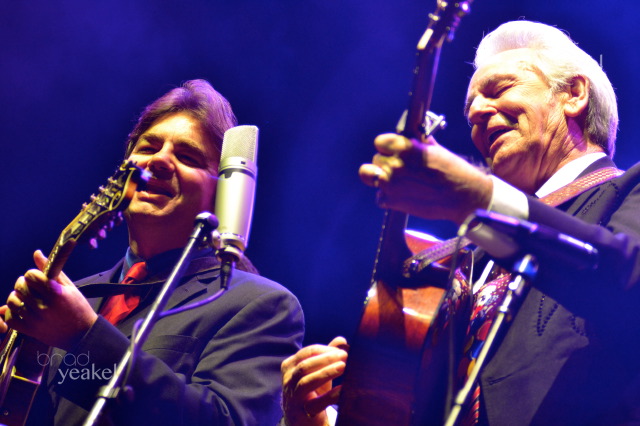 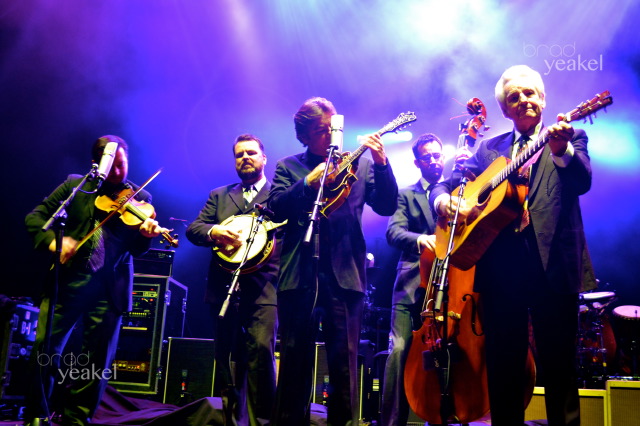 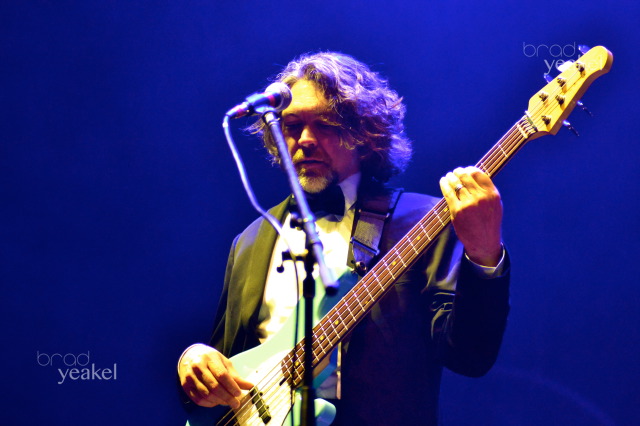 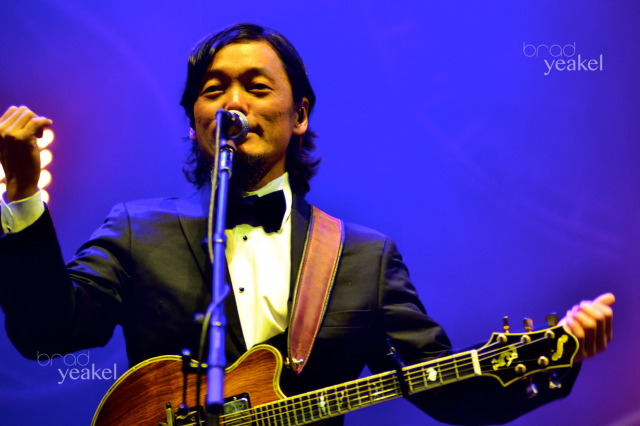 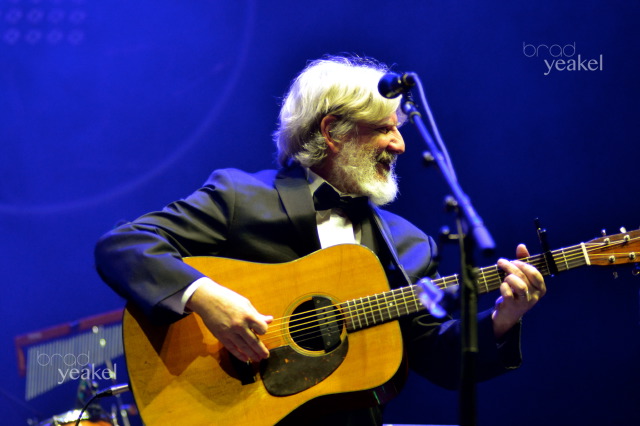 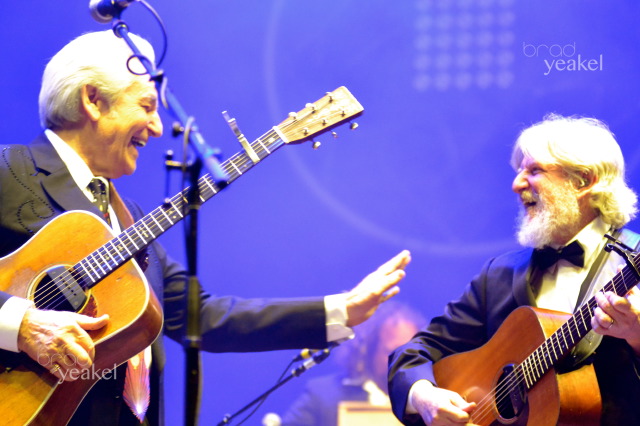 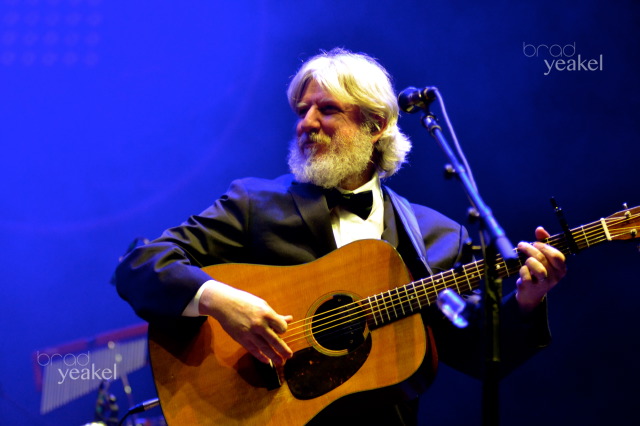 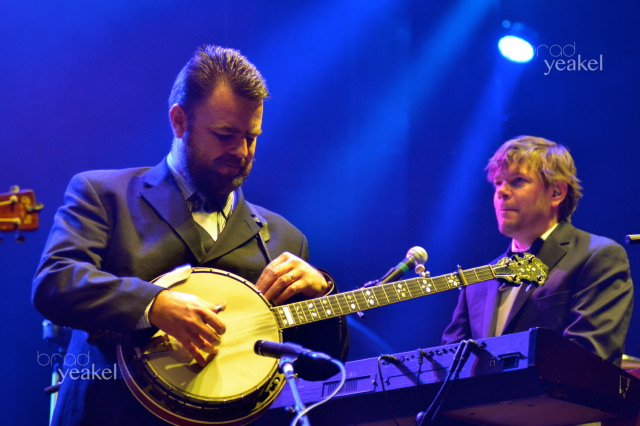 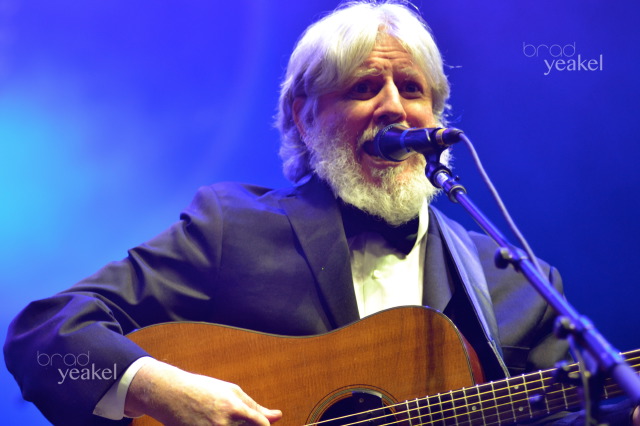 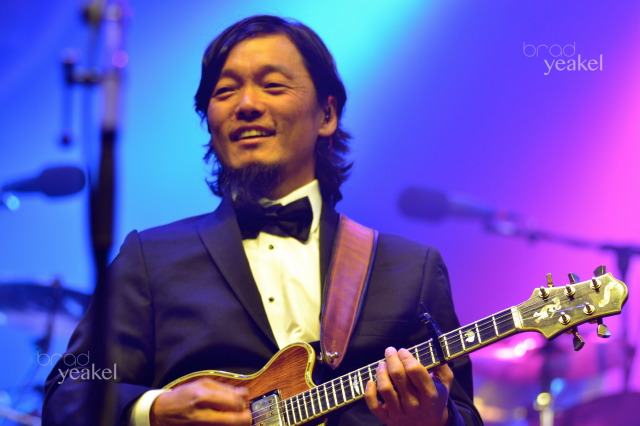 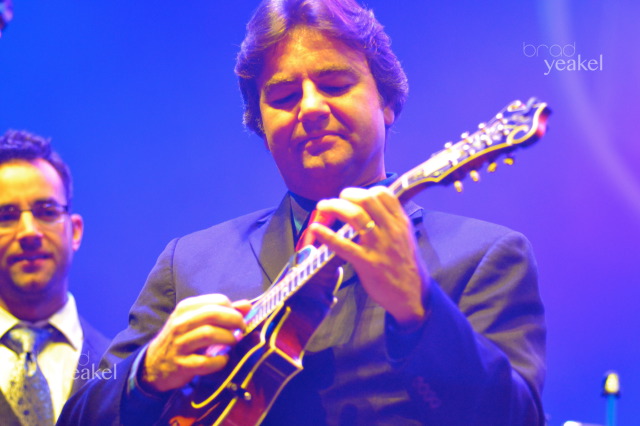 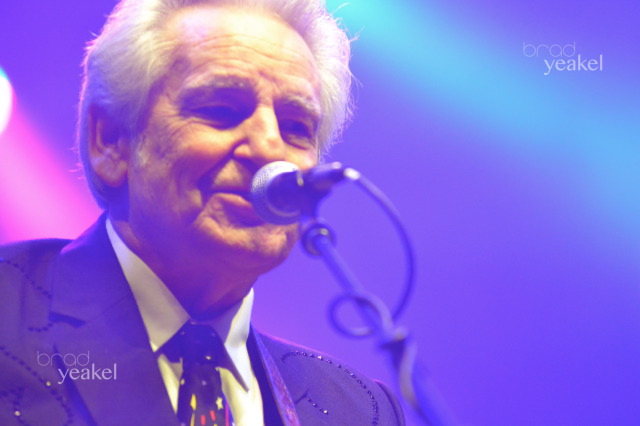 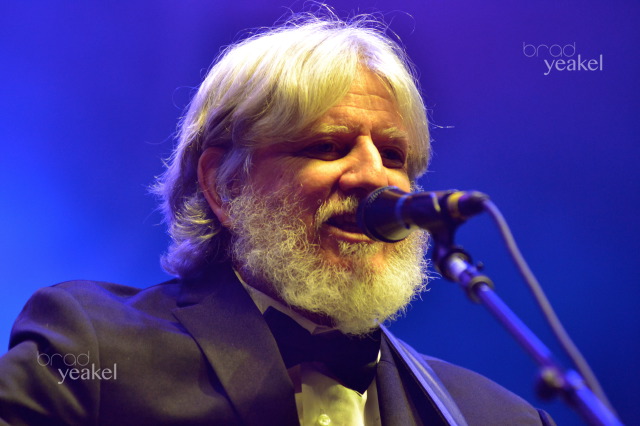 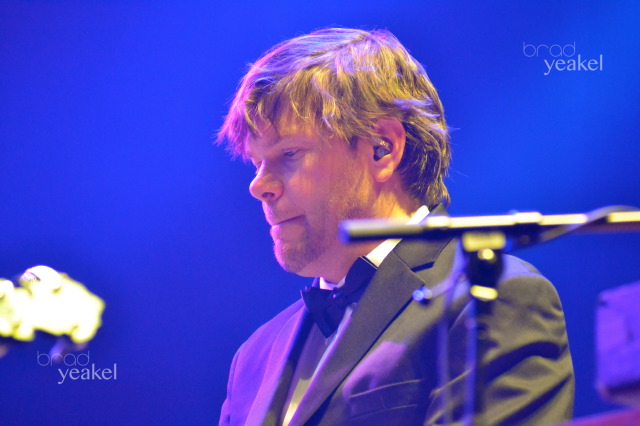 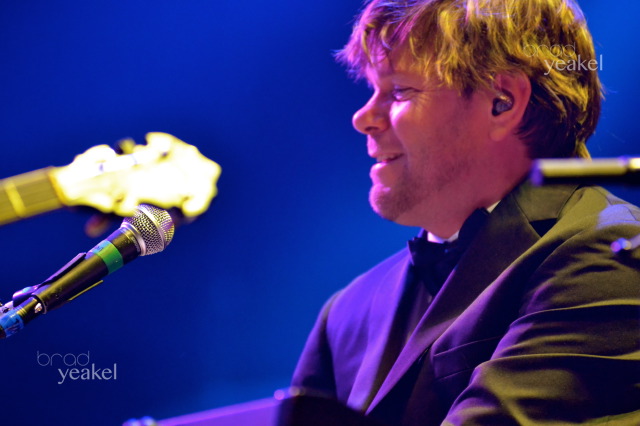 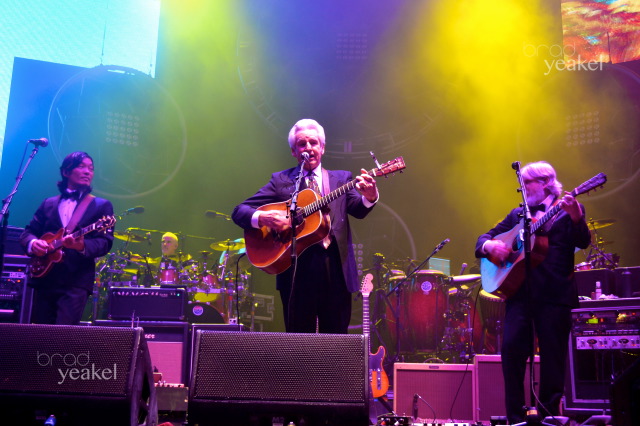 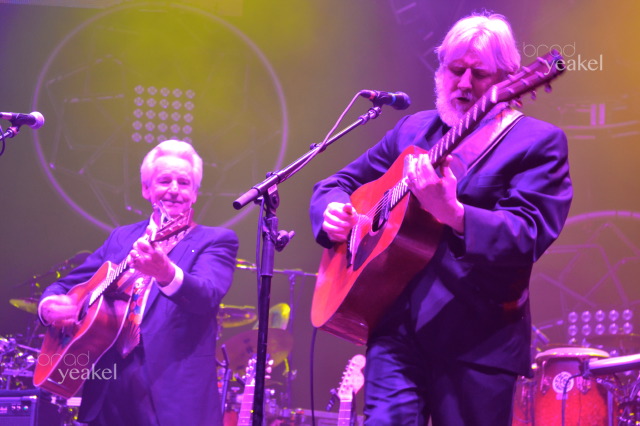 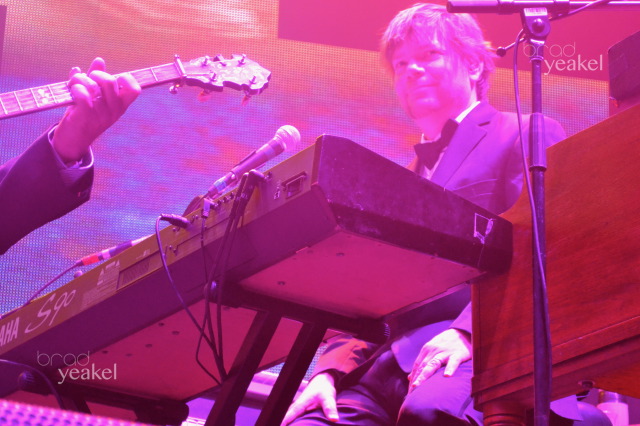 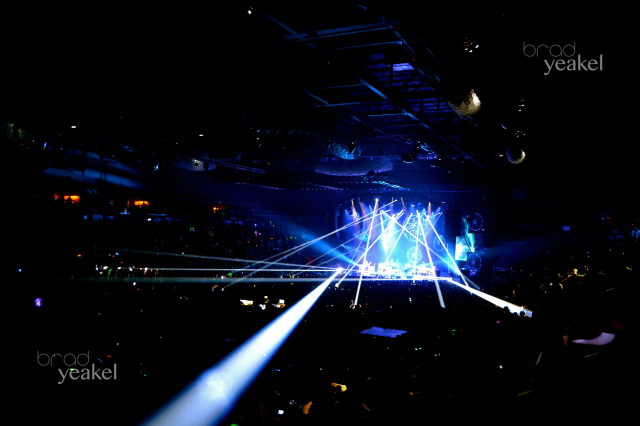 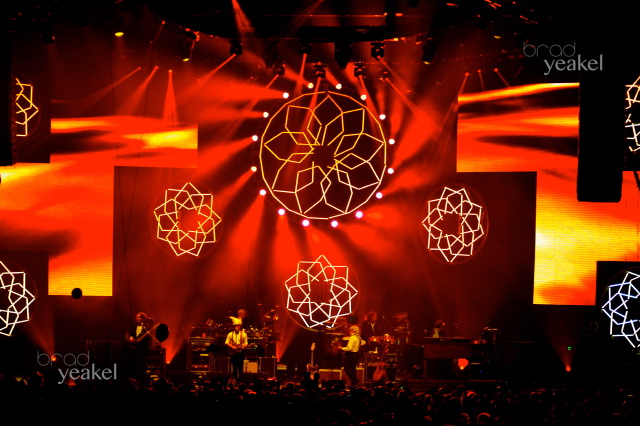 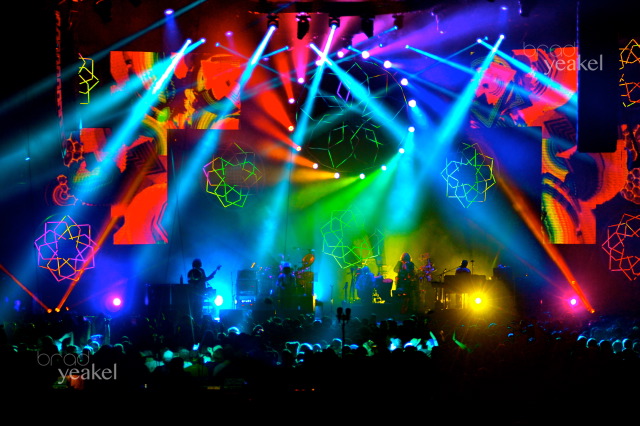 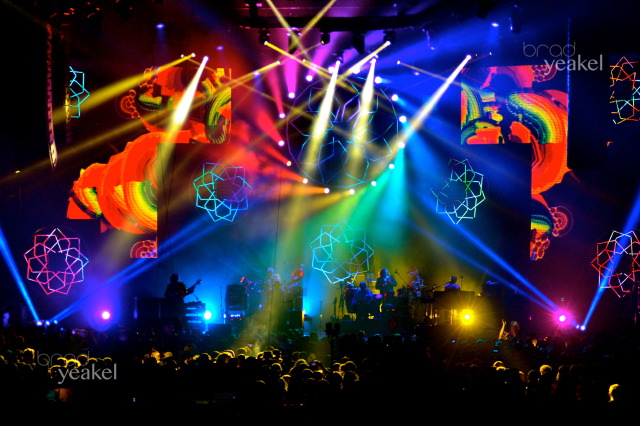 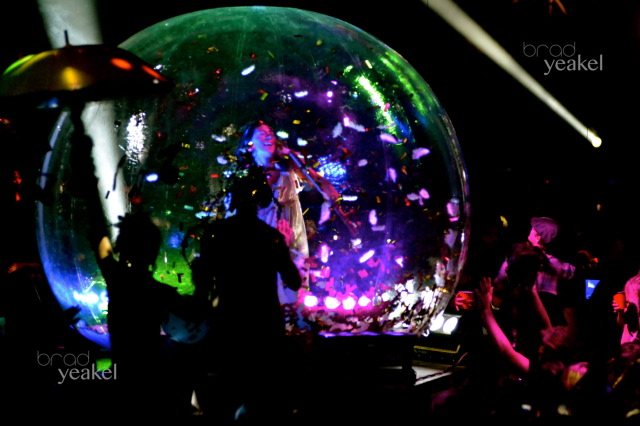 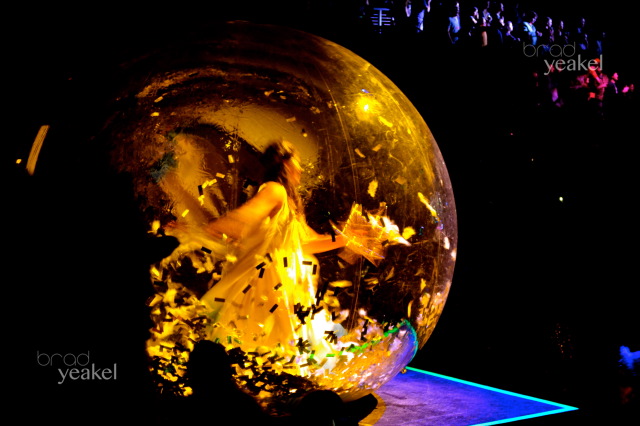 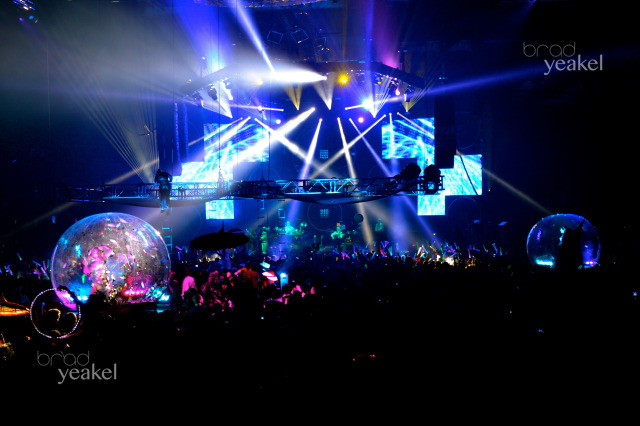 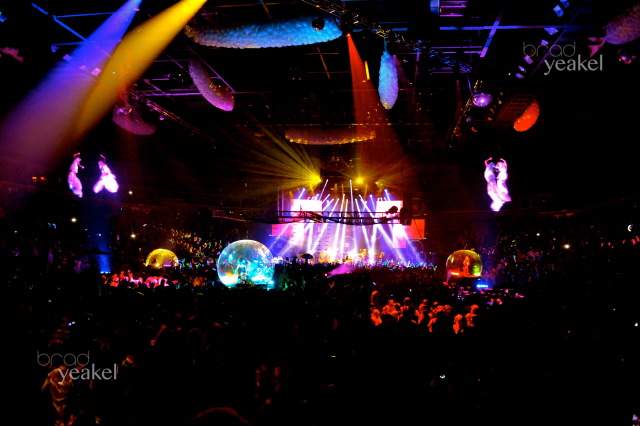 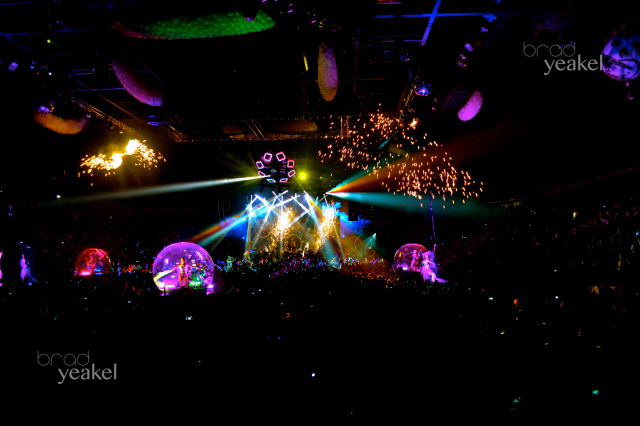 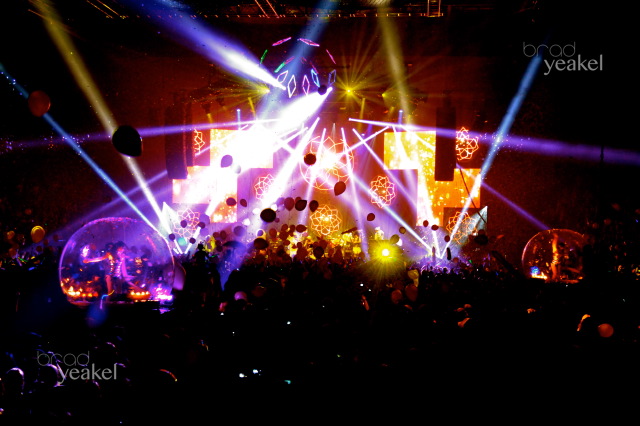 My first exposure to Del McCoury was as the opening band at Phish’s festival, “Oswego” in 1999. I’ve had the opportunity to see his bluegrass wizardry a few times since then, but when I heard they were the opening act for String Cheese New Year’s Eve, I got really excited. Not only did I know I was in for some great pickin’, but I also knew that bluegrass openers typically mean for a more old school Cheese show. When Del and the boys took the stage, I was immediately drawn in to their performance. The musicians huddled around a microphone and took turns laying down delicious bluegrass melodies. As has always been the case, Del’s crooning and Ronnie McCoury’s lightning speed were at the forefront of the performance. I had high hopes that Cheese would bring the grass gods on the stage during first set, and figured my expectations were realistic. Sure enough, this was not the last we saw of Del and company.

As the anticipation built for the Cheese sets, I hoped the music would be better than the prior two shows. Not that they were particularly bad, but overall I felt the weekend was lackluster. As the stage was set up with several extra microphones, I knew a hoedown was about to commence. As the McCoury’s came on stage, the Cheese joined them in tuxedos. Kang joked that in the past the McCoury’s have made SCI look bad by wearing suits every show. This year, Cheese wanted to rise to the occasion. “Rolling in my Sweet Baby’s Arms” kicked off the set with both bands in full effect. We were off and running. “Shenandoah Breakdown” followed before a super grassy version of “Cold Rain and Snow.” As Del and company left the stage, the opening notes of “Birdland” played and I knew we were in for some good music. Ronnie and Jason from the Del McCoury band stuck around to help as they injected “Wheel Hoss” into the jazzy mix. The next tune was one that I love, but many Cheese fans I know don’t care for. “Give Me the Love” was a pleasant surprise for me in the New Year’s Eve show, and when it led to “Way Back Home,” all of my doubts evaporated. This was the band I’d travelled around the country for. With “Valley of the Jig” closing first set, I was really excited for the rest of the night.

When the boys returned for 2nd set, they had modified their wardrobe a bit, taking on a more sparkly appearance. They wasted no time getting back to business, dropping “Water,” and washed over me with calming, serene, yet adventurous melodies. “Water” has long been a contender for my favorite song in their catalog. “Colliding” came next and I felt they took the song to a new level. It wasn’t spectacular, but it was better than the previous versions I have heard. The dance-party jam in the middle was the difference. “Sirens” hit next, and while it isn’t my favorite song, it wasn’t bad. “Windy Mountain” changed the tone and brought us back to Billy’s acoustic songwriting that was the foundation for the band. The segue into their reggae inspired “Stay Thru,” was another look back on their musical history as the island groove was incorporated into their more traditional folk and bluegrass beginnings. “Las Vegas” followed. The first time I heard “Vegas” I loved it. I thought it had the potential to be another “Jellyfish.” Since then I had seen 2 more, and really began to dislike the song. This New Year’s, it may have earned it’s way back onto my good side. The song had been smoothed out, tightened up, and the band seemed to be enjoying themselves while playing it. When it transformed into “Desert Dawn” to close the set, the crowd roared, and the lights were crazy.

For the midnight set, Cheese came out and played “Rivertrance.” In classic Cheese fashion they built the jam up to a frantic explosion of lights, theatrics, confetti, and acrobatics… 10 minutes late. Several small confetti filled globes appeared throughout the arena’s floor and dancing girls in gypsy garb were suddenly inside them. Along with the balloons, they dropped hundreds of “pool noodles” filled with adjustable LED lights. They quickly dispersed amongst the crowd and left a glowing trail of foam sticks waving in the air. Even though the celebration was late, the celebration was good.  “Let’s Go Outside” followed the countdown. The afterglow from the 12:10 blowout lingered through “Outside” and into another of my favorites, “Smile.” The rest of the band left the stage and let Jason Hann and Michael Travis play drums together. When the band reappeared with them, “It is What it is” came to life. I have always loved the jam in this tune, and this time was no exception. When Kang’s lead line hit, the crowd was throwing down. Colorful, sparkly, smiley people in all directions were getting after it. The finale of the set was “Naive Melody (This Must Be the Place)> Sgt Peppers Lonely Hearts Club Band (reprise)> Just One Story (reprise).” The energy was high, the crowd as well, and the Queso delivered. The encore, “Colorado Bluebird Sky” was predictable, and though the jam is normally phenomenal, this version was a bit wobbly. It was still good, but not great.

Overall, the night was a great time. The music was well played, the party well planned, and the crowd added color, friendly vibes, and laughter to the equation. The cheese had redeemed themselves. I have been to 5 Cheese New Year’s Eve events, and think this ranked right amongst the middle of the pack. The two I saw in San Francisco were so over the top that I doubt I will ever see such psychedelic mayhem in the rest of my life. The last two years in Broomfield have been filled with exciting, energetic, lively, colorful shows, and they were both musically solid, but they didn’t have the absolute sensory overload of their Electric Forest, Horning’s Hideout, or Sea of Dreams events. Not to say they weren’t fantastic, just that the bar has been set ridiculously high for them to outdo their history of theatrics. As we left, my friend Zach and I discussed how it didn’t even seem like the same band as Saturday night. I guess the Cheese just had to get warmed up before it got gooey, melty, and full of Gouda vibes.