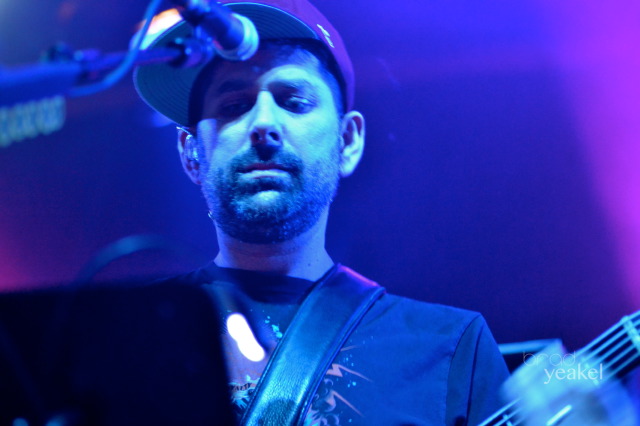 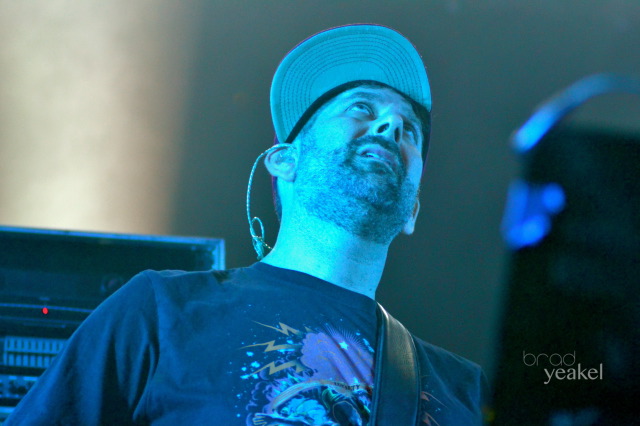 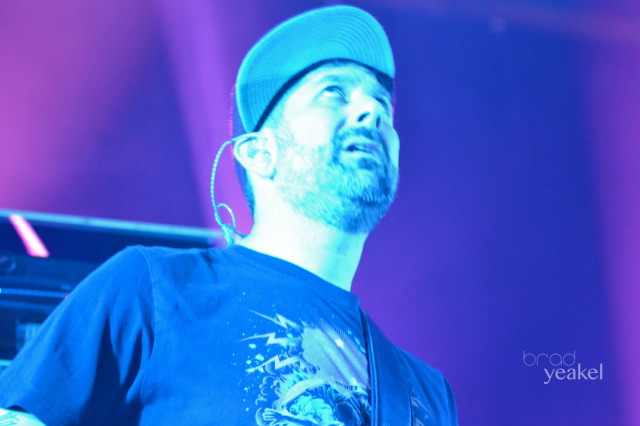 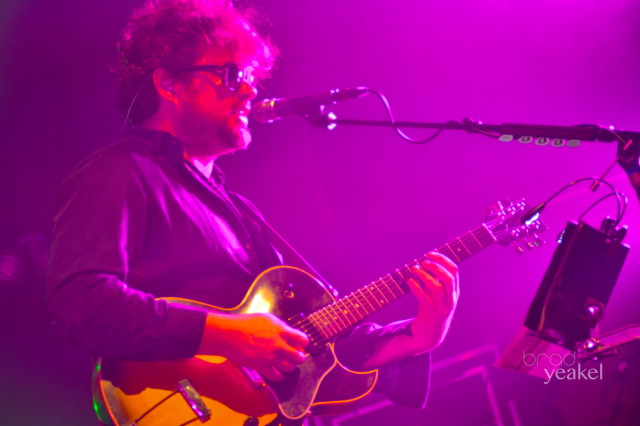 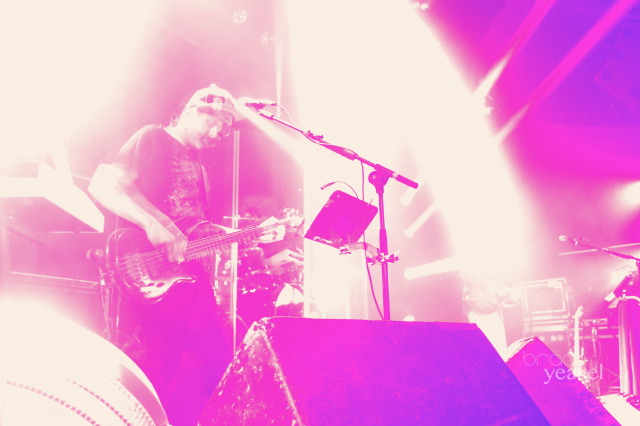 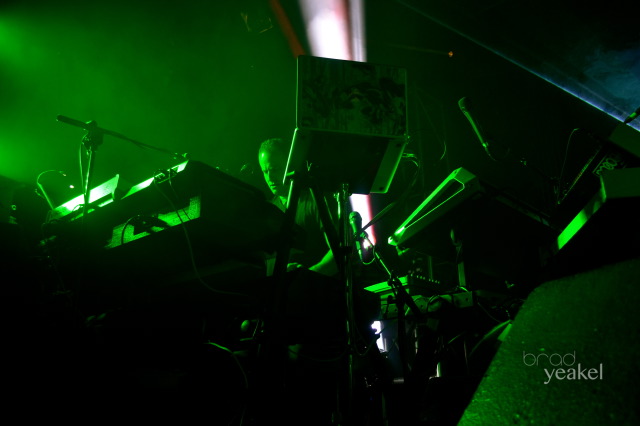 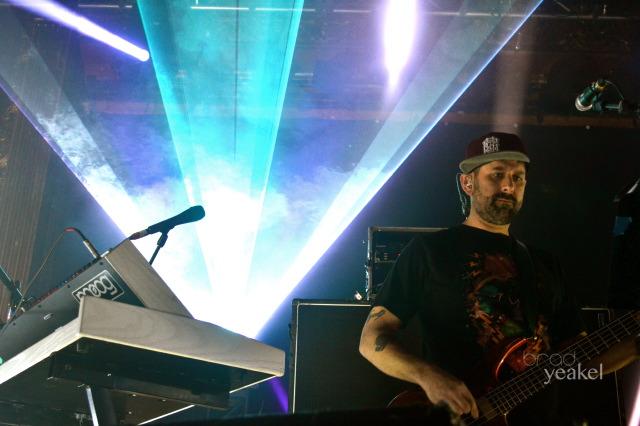 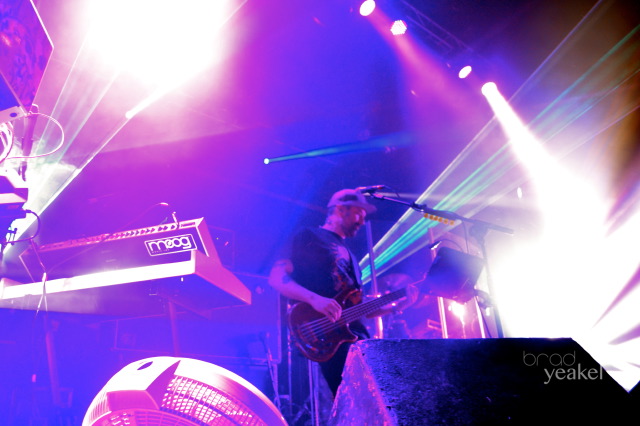 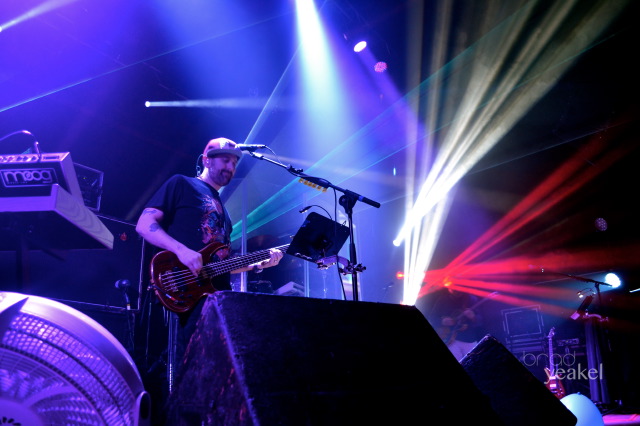 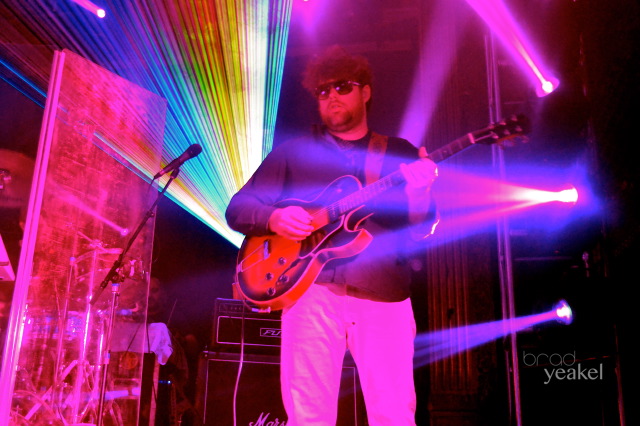 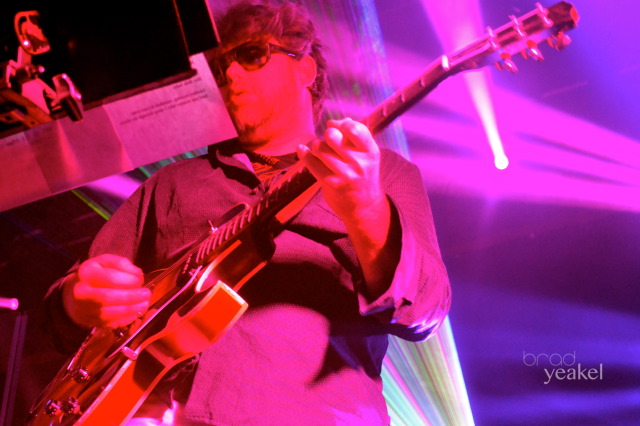 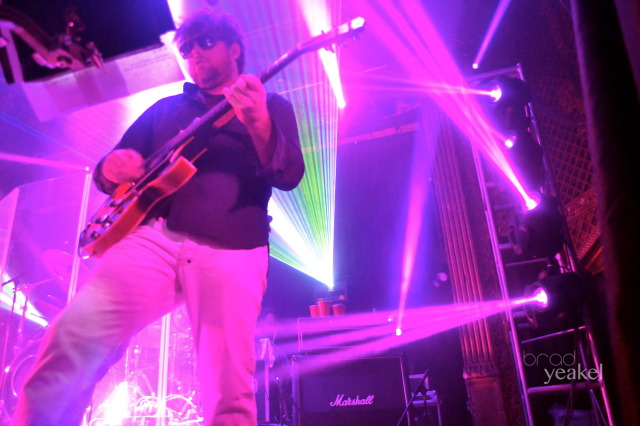 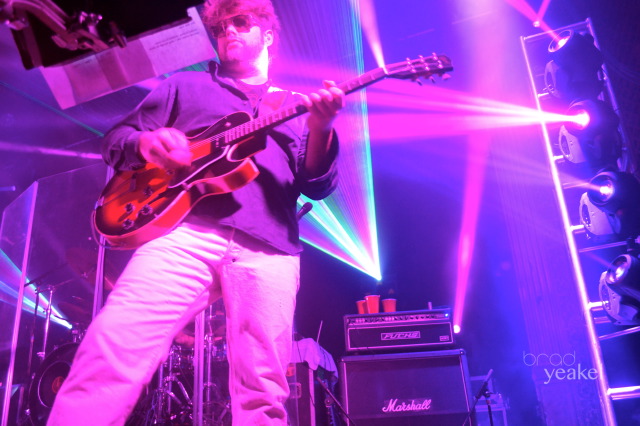 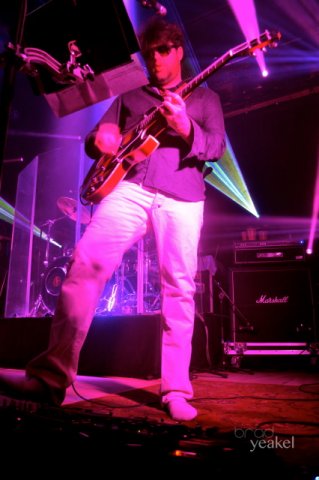 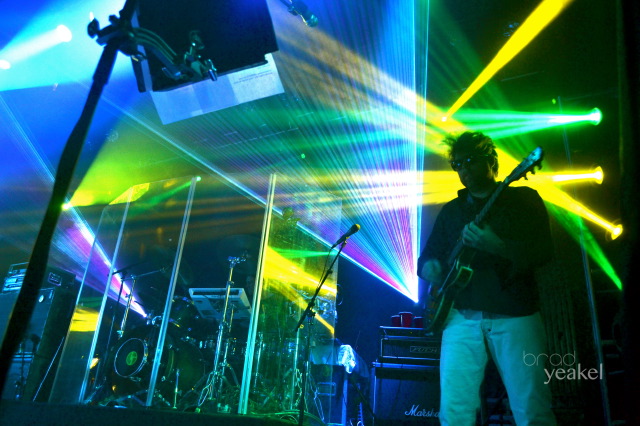 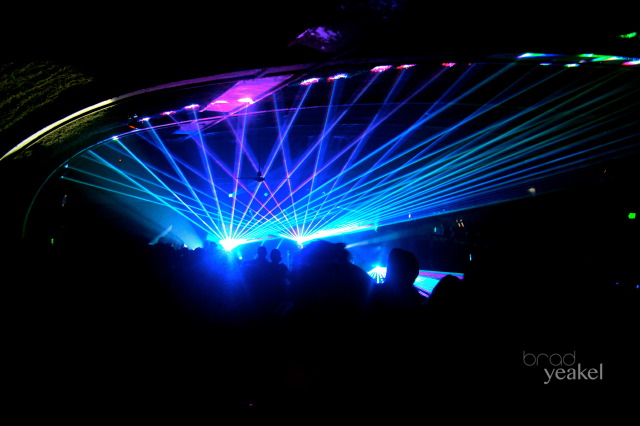 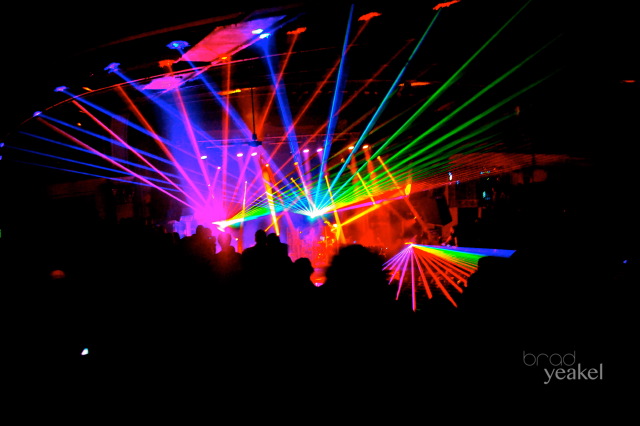 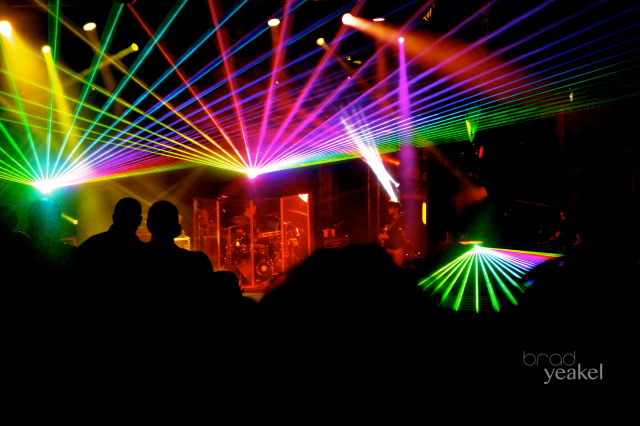 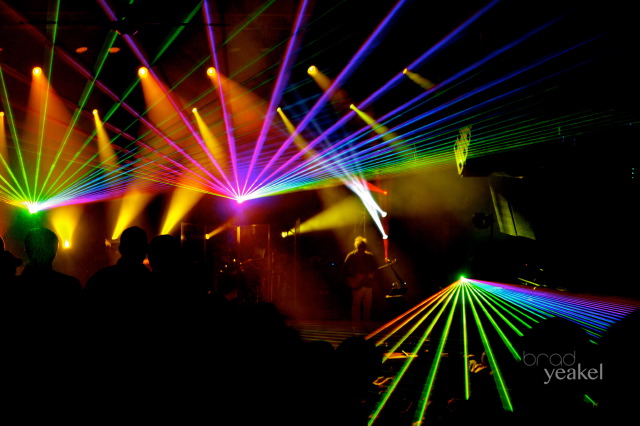 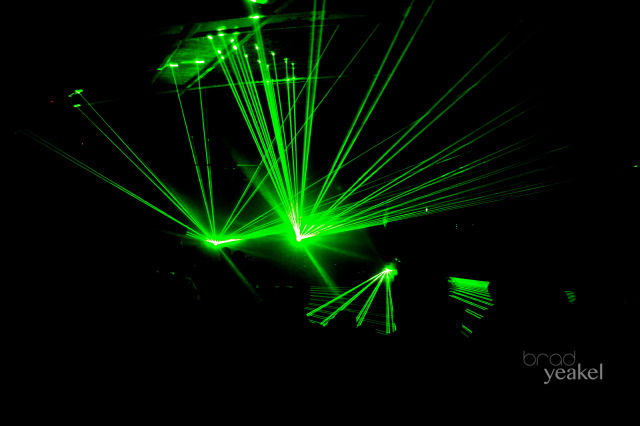 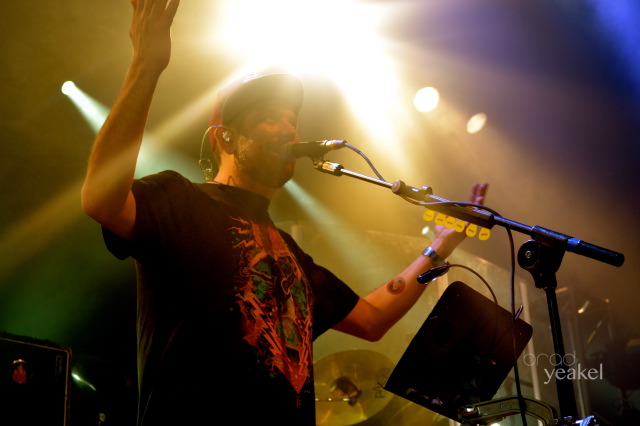 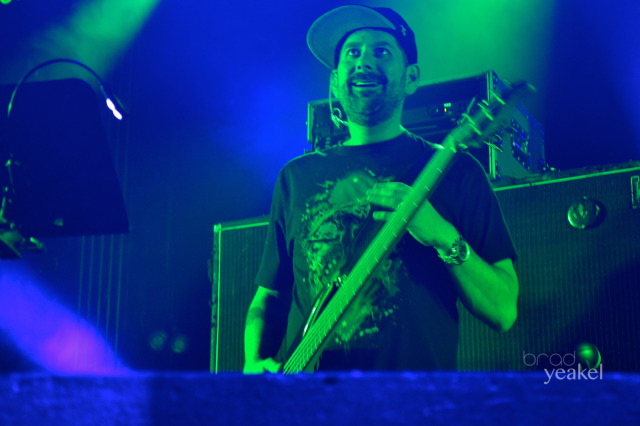 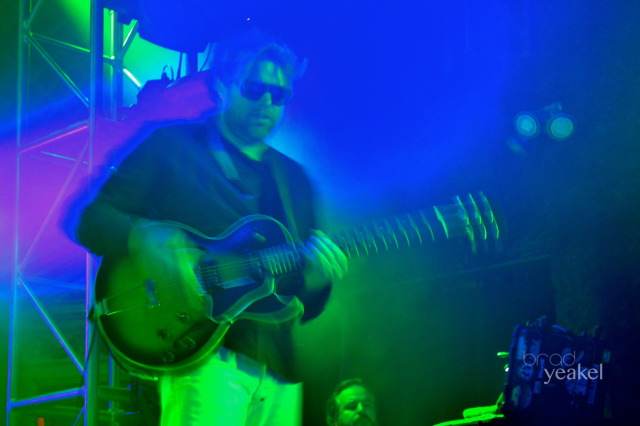 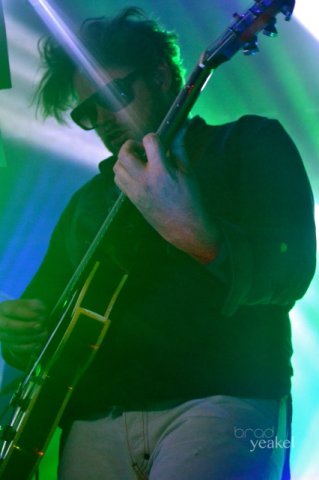 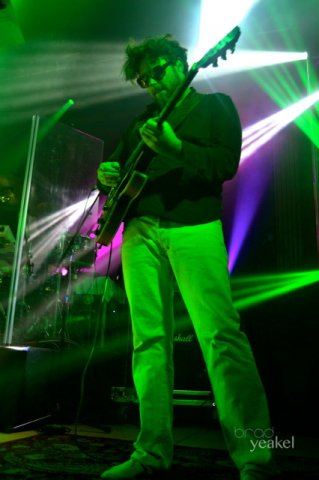 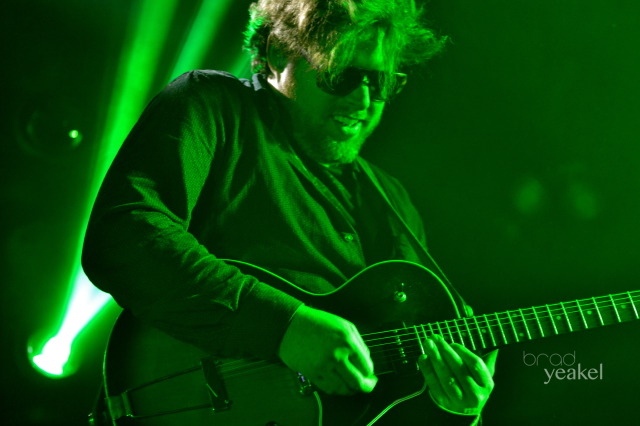 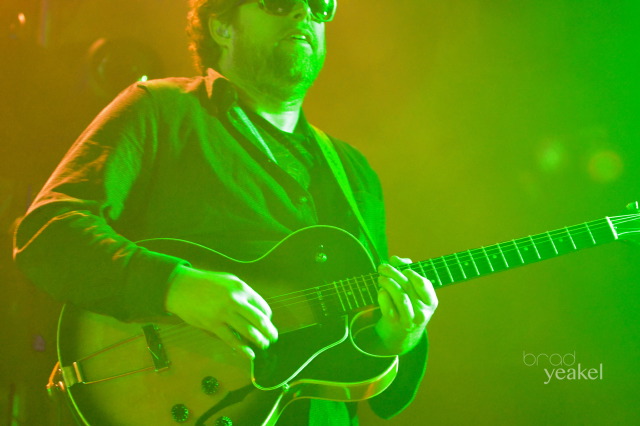 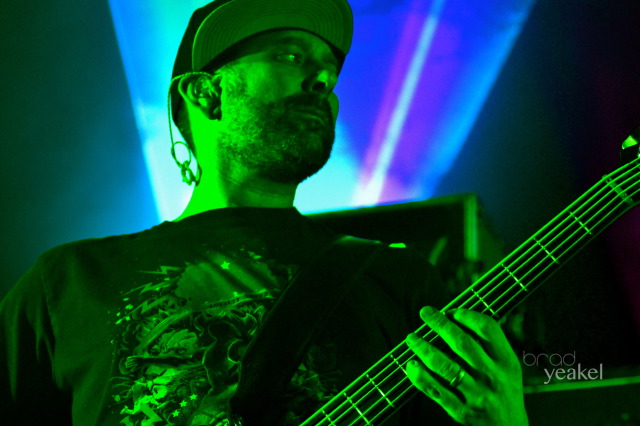 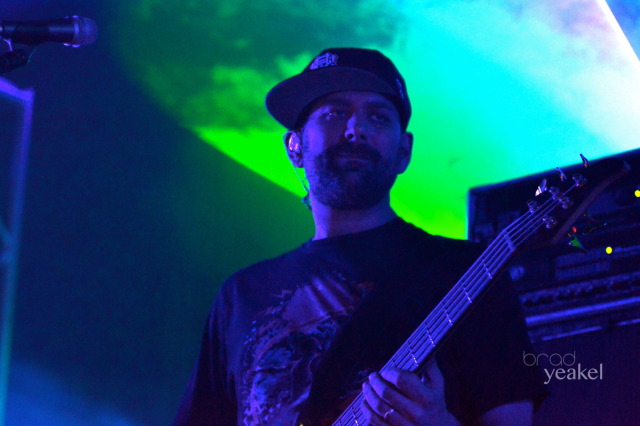 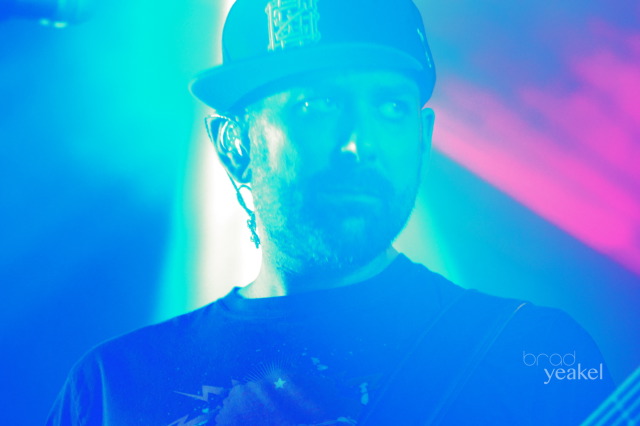 Photos and words by Brad Yeakel

The Disco Biscuits were the first jam-band I ever saw, in the summer of 1998. At the time, Bisco was just hitting its stride. They were headlining small festivals, and really were an ambitious project. Their compositions reminded me a lot of Phish, who I had been listening to for a few years, For me, that first show was like the doorway to my future. My first Phish show came just over a month later, and since then I have been enjoying live music regularly. The following summer, I returned to the small festival around Mechanicsburg, PA. Once again Bisco headlined, and once again, I was impressed.

Since that show I have seen about seven other Disco Biscuits shows, and several of them left me disappointed. The electronica sound has never been my favorite musical genre (though I do feel it has its place). As a result of their headlong plunge into pioneering the livetronica movement, I grew away from the Biscuits to an extent. It must have been nostalgia, curiosity, or an open mind that motivated my request to cover the Friday night Ogden Theatre show.

In notorious DB fashion, the media and guest list was late, and several friends and photographers gathered outside waiting for our golden tickets. Once the list was turned in, we were let inside. I grabbed a Sierra Nevada (still waiting for my product placement checks), and headed down to the stage. From the pit I had some great conversations and shared a few jokes with the rail riders, several of whom were in from out of state. At approximately 9:45, the lights dropped, and out came the Philly four. Brownie looked happy to be there, Barber fresh from a nap, Magner and Aucoin were obscured behind mountains of keyboards and drums respectively. And then it began.

With all the jokes I’ve made aside, the Biscuit’s talent was not lost on me. I have always recognized and understood that their approach to playing their music was remarkable, involving song inversions, tunes broken up to stretch over multiple nights of tour, omitting verses, leaving songs unfinished, and teasing other material. I have given them credit for an incredibly inventive and unique presentation. I’ve also been impressed with the way they structure their shows, typically making the entire show flow together so breaks in the action were few and far between.  None of that was lost on me. What disappointed me was that several of the songs got so repetitive I found them boring. Friday night at the Ogden was a balanced show. It had parts I didn’t care for, but it also had moments that reminded me of the first time I saw them. They staggered the parts that got repetitive, and it kept me from boredom all night. While it still wasn’t my favorite style of music, I had to admit that they were playing well.

There was no doubt that the Biscuits have left an indelible mark on the music world, as there now seem to be a thousand bands trying to do what the Disco Biscuits essentially pioneered. And honestly, the Biscuits probably were better at doing it than most of those followers from what I could tell. The second set was pretty fun, even touching on an old tune I knew, “Aceetobee.” The vocals were still borderline atrocious, but I’ve never heard a Bisco fan tell me that they loved the way they sing anyway. Their vocals usually existed more to give the listener a frame of reference for the music they were hearing, rather than to add to the melodic or harmonic integrity of the sound. But “Aceetobee” was good to hear. Familiar. And it went places. And I danced.

So, once again, I survived a Disco Biscuits show, and was no worse for the wear. The crowd was friendly, the vibe was good, and I had a pretty good time seeing friends and talking “Philly.” I mean, don’t expect me to quit making jokes, but the show was pretty good to be honest.