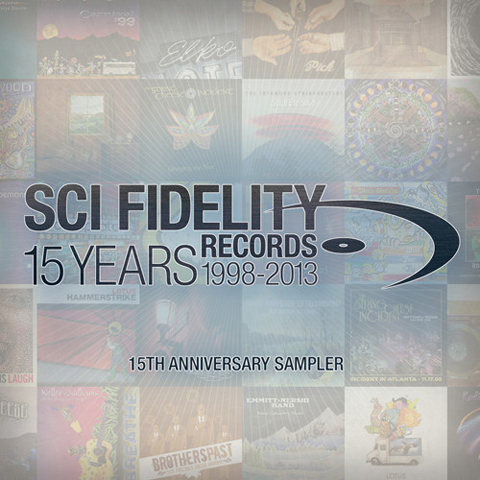 SCI Fidelity Records is celebrating its quinceañera this year and the label — which started in 1998 and has released more than 100 albums by String Cheese Incident, SCI side projects, and a whole host of jam and bluegrass artists — is marking the anniversary with a free, 30-track compilation (available for streaming on soundcloud and for download at SCI Fidelity’s online store).

The compilation, which plays in chronological order, doesn’t necessarily break new ground, since the tracks have been previously released, but where the collection shines is its ability to highlight the work that SCI Fidelity Records has done in the last decade and a half. In a press release that accompanied the release, SCI bassist Keith Mosely stated that they started their own label “to ensure our creative freedom, and to not be bound to an album release or touring schedule dictated by a recording contract.” The String Cheese Incident has done that for themselves as well as for this huge host of other musicians, all during a time when the traditional label model has been turned on its head.