Trending Stories from The Marquee
You are at:Home»Album Reviews»The Aquatic Lights ‘Arrows’
By Marquee Magazine on March 1, 2014 Album Reviews 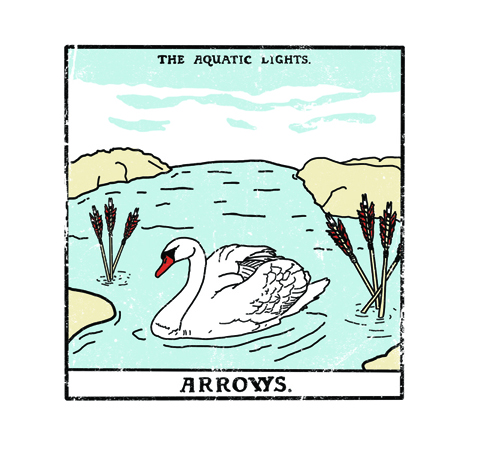 The Aquatic Lights get the award for finishing what they started. The group put forth a soft release of this recording in 2013, when several members were still in school. With academics now behind them, the band is going back to give the album a proper release.

The poppy and psychedelic blue-eyed soul band is made up primarily of members from the defunct jam band Green Lemon. That group disbanded in 2007, and while the members went off to explore other projects, the lion’s share of them came back together to record these songs, some of which were written as long as a decade ago.

The psychedelic roots of The Aquatic Lights shines through on much of this album, but comes across in more of an experimental vein (a la The Flaming Lips) rather than more traditional noodle-heavy jam bands. The poppy tambourine-tapping singalongs contrast darker spaces and keep the album on the lighter side despite some deep material.