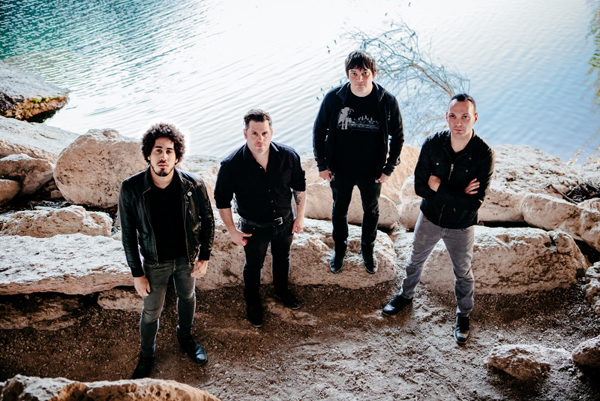 A lot of times, when bands decide to tour on an album that they released more than a decade ago, it’s because they don’t have a lot of material currently in their cue. …And You Will Know Us by the Trail of Dead, on the other hand, is overflowing with material, with more on the way. Regadless, the band has decided to dust off their 2002 release Source Tags & Codes and take it out for a tour where they will play the album in its entirety each night, in addition to a set of material from varying parts of their career.

The band could have easily  focused its attention on their 2012 full-length Lost Songs, or their 2013 EP Tao of The Dead Part III, or any of the other eight full-lengths that the group has released since 1998.

With so much to choose from in their current catalog, it seems an odd tour for the group at this juncture, but drummer/vocalist/guitarist Jason Reece said that there happens to be some very good motives behind it. “We’re just there to celebrate the music, but I guess it’s a way for us, selfishly, to get our shit together and work on the new album,” Reece said in a recent interview with The Marquee.

Amidst all of the other material they’ve put out in the last two years, Trail of Dead is already preparing to produce more, and Reece explained that after the tour the group will head to the studio to record their ninth full-length. The band has already put in about two weeks of serious work on the album. Recently they spent half a month in a cabin in the hill country outside of Austin, Texas, recording and putting down ideas for the upcoming new album. “We recorded about 10 hours worth of riffs and ideas on it already,” Reece said. “It’s very droney and psychedelic in some places. It sounds like the Tron soundtrack from Daft Punk. The last record was very aggressive and very sort of high-energy rock; more of a punk rock record. With this, we want to do something different and challenge ourselves to make something in a new way; get away from ourselves and come up with fresh ideas instead of treading around the same territory.”

Reece explained that the band tends to write a lot while on tour and that this time out, while they’re playing Source Tags & Codes on stage, the band will be working fervently to write the rest of the material for the new album. After a short post-tour break, the group will head to the Sonic Ranch studio in Texas with producer and longtime collaborator Chris “Frenchie” Smith. They hope to release the new work this fall.

Pulling Source Tags& Codes back off the shelf after this long, Reece said, lead to a few surprises for the band. The album, which was the group’s third studio release, was a heralded offering by Trail of Dead. It earned them a perfect 10 in Pitchfork, who also described the album as “epic” and “utterly brilliant.” Reece explained, “Pitchfork was a different website back then — a little more forgiving, I guess,” adding that if they released the same album today, he thinks they’d give it a 6.5 rating. But he also pointed out that some of the material was more complex than he remembered. “There are a couple of songs, like ‘Monsoon,’ that we never really played live all that often and when we were getting ready for this, I was kind of surprised at some of the more intricate moments. There’s this feeling that when you look back on your past work that it’s going to be somehow lesser, but looking back on this I guess we were just going more from the gut and not thinking about the music as much. It’s surprising how well it holds up,” he said. “We still love all of the music, so I guess we’re just finally caving in to the people that still really love that record.”