Trending Stories from The Marquee
You are at:Home»Album Reviews»Bonnie and the Clydes ‘Music For The People: Part 1′
By Marquee Magazine on May 1, 2014 Album Reviews, Brian F. Johnson 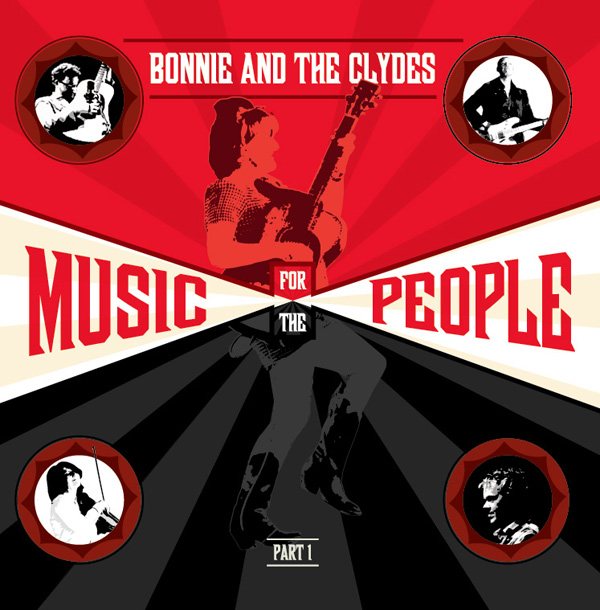 Bonnie and the Clydes

Music For The People: Part 1

When Bonnie Sims attended South Plains College in Texas, where she acquired a degree in country and western, she was awarded “Best Female Vocalist,” and this short EP highlights a voice that deserves not only that accolade, but many more. The spunky frontwoman is tiny, even with her boots on, but her voice is immense and rich and sounds like it floats over lyrics rather than  simply sings them. When Sims, who wasn’t yet a “Sims” at the time, was earning her degree, she met her now husband Taylor Sims, who around the same time had been bestowed the “Best Male Vocalist” by the school. Sims, who previously played in Spring Creek and just replaced Vince Herman in Great American Taxi, adds his smooth honky-tonky vocals on several of his own tracks too. The songwriting is sophisticated and musicianship is spot-on and the band skillfully handles covers by Benny Galloway and Prairie Scholars, in addition to their four originals on the EP, which will be followed with an acoustic Part 2 later this year.