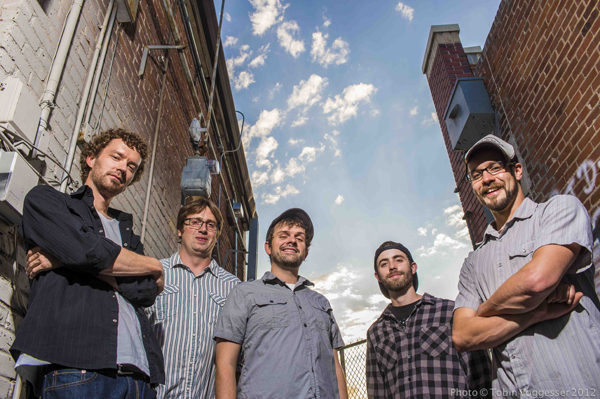 The five-hour drive between Chicago and St. Louis, Mo. rolls through towns like Joliet, Bloomington and Springfield, Ill. It’s a long but manageable drive, and as the miles clicked by on the odometer, the five members of Eufórquestra gazed out the windows, looking at familiar territory. They’re back home for a bit in the upper Midwest, not far from where the band started more than a decade ago.

“This is where we grew up as a band,” said guitarist/vocalist Mike Tallman during a phone interview with The Marquee, as Tallman sat behind the wheel of the tour van. “This was a great place to develop as a group. You know, Iowa City, where we’re from is a Big 10 college town and there were a lot of things going on that allowed us to grow. Eventually we became the big fish in the small pond, until in 2008 we picked up and threw ourselves into the much bigger pond and had to start all over again at the bottom of the totem pole, working to get our name out all over again,” Tallman said.

The band left Iowa and settled in Fort Collins, where they were immediately accepted into the scene and began forming tight, lasting relationships with bands like The Motet. “Our first gig in Colorado was opening for The Motet at the Fox. Up until then we’d just been playing dive bars and clubs, we hadn’t even been in a room like that. But from day one, we were making friends out here,” Tallman said.

Those friendships have offered Eufórquestra a wealth of opportunities, and when the band started working on its fifth full record — its fourth studio album — it wasn’t a surprise that they ended up working with musical friends from Colorado. “Since 2009 we’ve shared the same management company that Kyle Hollingsworth of the String Cheese Incident uses for his solo stuff, and we’ve gotten to know him well. So when we were looking for a producer, his name naturally came up and it just made a lot of sense. We know each other. He knows our music and he was excited about this project — his first time in the producer chair,” Tallman said.

The band and Hollingsworth spent a lot of time firing songs back and forth to one another, some of which were demos for the new material, and some were songs by other people whose sound they wanted to touch on. “This album is a little different for us in that it’s got a heavy funk and reggae vibe. So we were sending tracks that we had and sending him other tracks where we said, ‘We want this kind of sound or that kind of sound.’ We weren’t trying to copy anyone, obviously, but we were looking for bits of inspiration that we could apply to what we were doing, and Kyle loved that. He really jumped in and made this his record as well,” said Tallman.

When the band assembled at Scanhope Sound studios in Littleton, he said that Hollingsworth wore a ton of hats as the producer. “He was a little bit of everything,” Tallman said. “He changed some grooves, changed some tempos, and because of his suggestions we edited some lyrics and made some tweaks on melodies.”

The band also found some tunes where they could showcase Hollingsworth’s playing, and Hollingsworth found one song himself that he expanded on his own. “Kyle plays some synth on the song ‘Take Me Dancing’ and after we had originally recorded it, he took the song to his home studio and did a bunch of work on it and came back and was like, ‘Oh, by the way, I added all of this. What do you think?’ And we were like, ‘We’re pretty much using everything you did. It was really great,” said Tallman.

The band wrapped that upper Midwest tour that had them traveling Highway 55, and now, back in Colorado, have played the Microbrews for the Environment benefit and will follow that with their upcoming performance at the Upslope Brewing Festival. The band will continue to tour this summer, and in mid-July they’ll return once again to Iowa to play their 11th annual Camp Euforia, an intimate 1,200 person festival that the band started in 2004. 2014’s Camp Euforia will feature a strong Colorado contingent of musicians, including The Motet, Hollingsworth, Juno What?! and Head for the Hills, in addition to other headliners like Keller Williams.